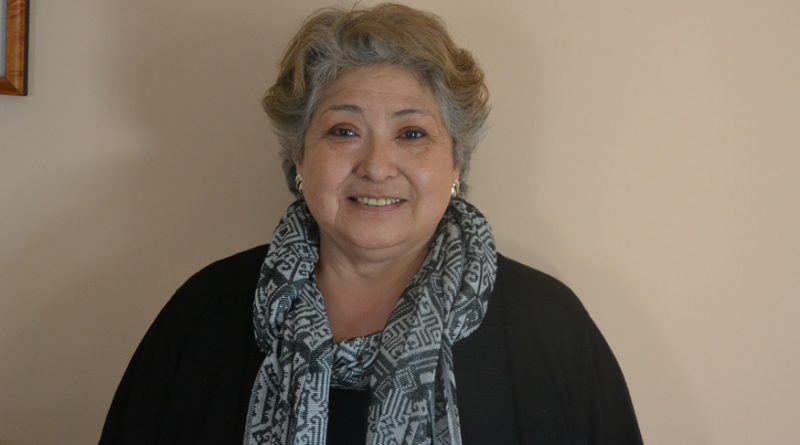 DUBUQUE — Dolly Aldunate is a mother of three, grandmother of eight, and active member of St. Patrick Church in Dubuque. Originally from Cochabamba, Bolivia, she came to the United States as a young woman in 1974 through a series of surprises.

“St. Raphael Parish here in Dubuque was partnering with a school in Cochabamba in the late 1960s,” she explained. “Through that collaboration, my sister connected with a U.S. man whom she ended up marrying. He got a job at John Deere, and they moved to Dubuque.”

A few years later, after studying accounting at the University of Monterey in Mexico, Aldunate decided to join her family in the U.S.

“The move was not that difficult for me, as I was young, I already had a profession as an accountant and already knew some English. But it was much harder for my family members, particularly my mother who spoke no English, couldn’t drive, and looked quite different from most everyone in Dubuque. People were not so eager to open their doors to newcomers.”

Nevertheless, Aldunante was lucky. Then, as now, the church was her lifeline. She got a job working as an administrative assistant and Spanish teacher at a parish in Chicago, living there during the week and coming back to Dubuque on weekends.

As time went by, she worked to form a community of Spanish speakers, going around neighborhoods, knocking on doors.

“We began to unite, seeking people, helping them to navigate the complex migration system.”

Eventually, St. Patrick Church ­opened its doors to the Spanish-speaking community, and it became the parish’s base. “Before the Postville immigration raid of 2008 – when over 300 undocumented workers at the AgriStar meatpacking plant were arrested – there were many Latinos in this area.”

She stated that although now there are fewer, those who remain have formed a strong community with the church at its center.

Aldunate said that for her, the church has been central to her formation as a Bolivian and U.S. Latin American.

“It is important to so many of us in the Latin American community. We respect it as a refuge and source of unity. When we go to Mass, we seek others as our family. It’s a place where we can feel we are not alone. If someone from our community hasn’t shown up for Mass in a while, I call to ask how they are and offer support.”

Aldunate’s sense of solidarity with others through the church has led her to become a member of the faith formation group at St. Raphael’s Cathedral and a Bible study group, as well as a eucharistic minister for patients at Mercy Hospital.

“It’s especially important for Latinos to have the church at our side,” she said. “It’s not just a religion, but a strong community where we come for identity and help.”

The church is also a meeting place for people of different cultures. “When I meet people, I always tell them that I am originally from Bolivia,” she said. “But here, my identity is that of a Bolivian and U.S. dual citizen as well as that of a Latina in a broader sense. I’m learning a lot of Mexican customs through this community. Immigrants from Latin America share many things in common – not only our language, which varies in its accents, but also in our food and other traditions.”

When asked about the current political climate and widespread anti-immigrant sense in the United States, Aldunate stressed the importance of unity, with special emphasis on supporting young people – especially those young immigrants who were brought here as small children and then, as young adults, found refuge under the Delayed Action for Childhood Arrivals (DACA program).

“These young people have struggled so much,” she said. “They want to stay here, but they face racism and prejudice. If they get deported to their birth countries, they won’t be going home – they’ll be going to completely new places, often fraught with violence, where they do not feel at home. They are dealing with a lot of confusion and anger. We are trying to guide them to be confident in themselves and proud of who they are, and also to be grateful to their parents, who came here with nothing in order to give them a better life. They need to be reminded that their parents are good and brave; they should be the same.”

“This is the time for unity,” she ­stated. “U.S.-born Americans and immigrants who are here legally must show solidarity with those who are not. Unity will counteract hatred. Start by getting to know your own neighbors – whoever they may be – and let them know you are there for them.”

Dolly Aldunate immigrated to the United States from Bolivia in the 1970s. She has been an active member of St. Patrick Parish in Dubuque for many years. (Photo by Dan Russo/The Witness) 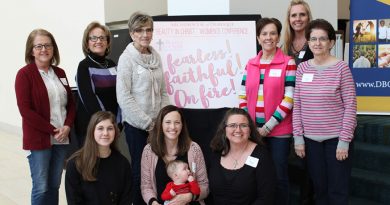