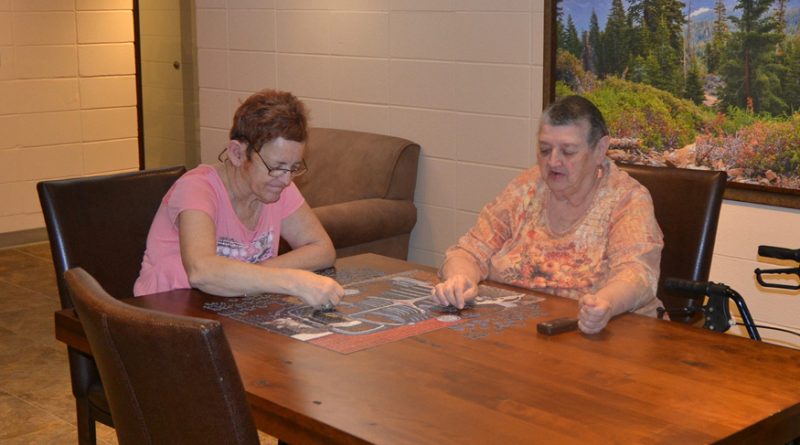 DUBUQUE — “I like living here,” said Darlyn Patterson Hackler, as she recently pieced together a jigsaw puzzle with a friend at the Ecumenical Tower apartment complex in Dubuque, where both are resi­dents.

“There are such a variety of people who live here. I have made some very good friends. It’s a great community,” added the 81-year-old, who first moved into the building after her husband died in 2011.

Ecumenical Tower is a property managed by Catholic Charities of the Archdiocese of Dubuque as part of the agency’s affordable housing program. The 88-unit Ecumenical Tower offers accommodations to low-income seniors and adults with disabilities.

Hackler’s connection to Ecumenical Tower is unique. Though currently a resident, she was one of the individuals instrumental in bringing about the building’s construction in the early 1970s.

As a young mother involved in the local PTA, Hackler learned about the need for affordable housing in her community and volunteered her time helping Father Thomas Rhomberg, then director of Catholic Charities for the archdiocese, and others advocate for housing options for older adults with limited financial resources.

“People would ask me, ‘Why are you interested in housing for the elderly at your age?’ And I would tell them, ‘I plan on living until I’m old, and I would sure like to think that there would be a place that I could rent at an affordable price,’” remembered Hackler.

Matthew Roddy, the current director of housing for Catholic Charities of the Archdiocese of Dubuque, said while short-term housing had been part of Catholic Charities’ mission from the beginning, it wasn’t until the 1970s that the local agency got involved in permanent housing.

Roddy said even today, permanent housing is not a common program in many dioceses, especially those with populations the size of the Archdiocese of Dubuque.

“If you look at Catholic Charities across the country, most of them don’t have permanent, affordable housing,” he said. “Most of them do more emergency-based programs or shelters or transitional housing. So it’s really a little unusual what Father Rhomberg undertook here.”

Roddy said he believes it is important that Catholic Charities offers affordable housing because the program embodies the principles of Catholic social teaching and is consist with what Pope John XXIII called for in his 1963 papal encyclical, ­“Pacem in Terris.”

“Pope John XXIII catalogued the rights of every human being,” Roddy said, and “one of the most prominent is the right to appropriate housing.”

Today, in addition to Ecumenical ­Tower, Catholic Charities manages three other affordable housing properties in the archdiocese — Alabar Plaza in Waterloo, and Carter Plaza and Kennedy Park West, both in Dubuque. In total, about 350 adults and children living in 181 units are served through the housing program.

Each of the four housing properties addresses different needs in their respective communities, so while Ecumenical Tower offers income-based rent for the elderly and those with disabilities in downtown Dubuque, across town, the six buildings of the Kennedy Park West complex offer a mixed-income community for individuals and families.

“(With Kennedy Park West) we had a vision to reach out especially to working families that are struggling to make ends meet to get them to a place where they can move on to the next level,” Roddy explained. “Because our rents are below market people can save up for a down payment, pay off some bills, and put themselves in a position to become homeowners. Just last year, 12 of our families moved on to become first-time homebuyers.”

Though the purposes for the properties are different and who they serve vary, Roddy said that he and the other members of the Catholic Charities housing staff — which includes two site managers and three maintenance workers — strive to ensure that all their residents are treated with dignity and that the promotion of their well being remains the agency’s mission.

“Our focus is on the person. It’s not on the system,” Roddy said. “We don’t just provide affordable housing — we help real individuals and families make better lives.”

Darlyn Patterson Hackler (right) works on a puzzle with a friend at Ecumenical Tower in Dubuque, one of four housing facilities managed by Catholic Charities in the archdiocese. Hackler helped make the tower possible through her work decades ago with other supporters of the project. (Photo by Jill Kruse/The Witness) 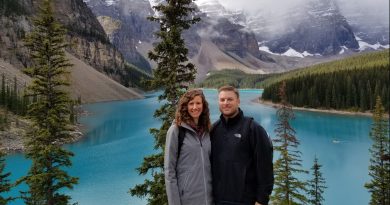 Former editorial assistant reflects on her time at Witness, looks ahead with hope 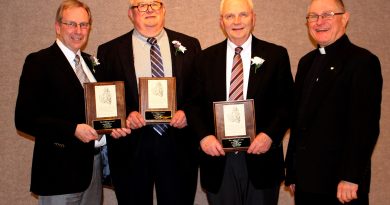