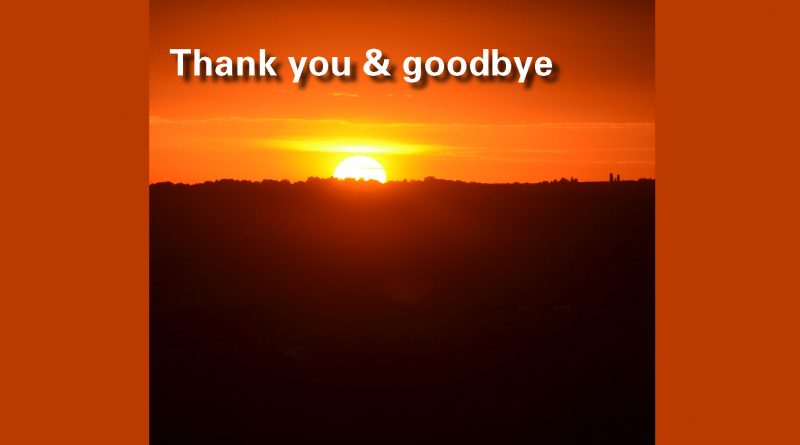 It was an icy, cold night the last time I saw Archbishop Daniel Kucera, OSB. He called The Witness office and asked me to come see him at Stonehill Franciscan Services, the place where he spent his final years of retirement.

When I arrived, the man who had served as the eighth Archbishop of Dubuque was sitting in a wheelchair in his small room full of books and papers. In his 90s, he had lost the ability to walk after a spinal injury. He appeared frail physically, but a look into his eyes revealed that his strong spirit was still burning brightly.

The archbishop eventually handed me three original copies of The Witness from the 1920s and said he wanted me to have them. They were almost perfectly preserved. Acknowledging the challenges facing the Catholic press in general and The Witness specifically, he then said, “If this (The Witness) has helped to save one soul, then it will have been worth it.”

Archbishop Kucera died in 2017. I don’t know if The Witness has helped save souls during its 99 years, but I hope it has. I can tell you for sure that through this work, I have been able to meet and tell the stories of clergy, religious, and lay people of deep faith who are sincerely trying to live out their vocations. I’ve had experiences working here that have shown me that God’s grace is real and it’s flowing through the world right now. Many examples have stuck with me.

In September 2015, I was able to cover Pope Francis’ visit to Philadelphia. I wrote stories about many Iowa Catholics that also made the trip. While there, I prayed for the opportunity to catch a glimpse of the pope up close, but after numerous failed attempts, it seemed unlikely. Walking back from one of those efforts, I took a short cut down a side street to avoid the crowds and ended up in front of a Catholic homeless shelter. There I met Eduardo Betancourt, a resident who had almost died after being hit by a truck several weeks before. He and two other shelter residents had been chosen to meet Pope Francis during Mass at the city’s cathedral the very same day I ran into him.

Eduardo delivered a letter to the pontiff from the poor, while the others carried the gifts. Talking to this man about his time with the pope was an even better answer to my prayer than what I had originally asked for.

In 2016, I was contacted by Brother Stephen Markham. Due to a congenital disease, he was in dire need of a kidney transplant. He told me of his search for a donor and asked that I put something in The Witness about it. Father Scott Bullock saw the story in The Witness in January that year,  and, as a result, volunteered to be the donor. In 2017, one of my stories on these “blood brothers” was picked up by an international news wire and shared around the world. Brother Stephen was able to return to ministry after the surgery and still serves in his order. It was one of the few times as a writer where I was actually part of a story, rather than just telling it. I believe God used The Witness to help fulfill his plans for Father Bullock and Brother Stephen.

During my time as editor from 2015-2020, I can point to many things our staff can be proud of, like the well-crafted local stories and photography we produced. Witness staff also worked with other personnel in the archdiocesan communication division to establish an electronic edition and to create and maintain a website which gets thousands of unique views each month. We also reached out to people on social media and continued to produce a high quality print edition.

None of this would have been possible without the hard work of the current and former staff. Bret, Barb and Jill, who left us earlier this year, made my job as an editor easier and picked up the slack when I fell short. Our correspondents, columnists, volunteers and the people in parishes who submitted articles and other content also deserve praise. They made this publication a reflection of the entire archdiocese.  The archdiocesan information technology experts kept us working even through snow storms, ice storms and a pandemic. Our printer, mail services provider, postal workers and other vendors provided essential services. There are also people in other pastoral center departments who deserve recognition such as Denise Aird, who maintained our subscriber database and helped with renewals; Kevin Feyen and other faith formation division staff, who made our grant program for teachers and catechists possible, and the people of the finance office who helped us with many aspects of our daily operations.

Finally, special thanks goes to our leaders — Deacon John Robbins, director of communication, The Witness Publishing Company’s corporate board and Archbishop Michael Jackels, our publisher. Without their guidance and support, we couldn’t have done this.

I’d also like to personally acknowledge the late Carol Hoverman, OSF, former Witness editor, former communication director for the archdiocese and a Franciscan sister. Her patience and support meant so much to me. Our final issue date, Oct. 4, is the feast of St. Francis. I know she is with us as we meet our final deadline. Sister Carol and many others who came before us built the foundation on which The Witness stood for almost a century.

Now it’s time to go to press one last time.  I learned only recently that the word “goodbye” comes from the sixteenth century expression, “God be with ye.” To our loyal readers, thank you and God be with you. Know that printed on the fading rays of each twilight, there is always the promise of a new sunrise. No matter what lies ahead of us tomorrow,  the call to be witnesses for Jesus — and to help save souls — will remain.

Reflecting on Catholic teaching about the value of work 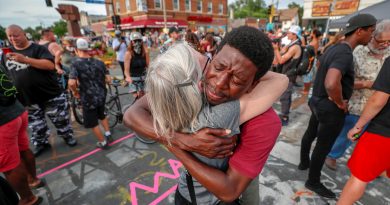