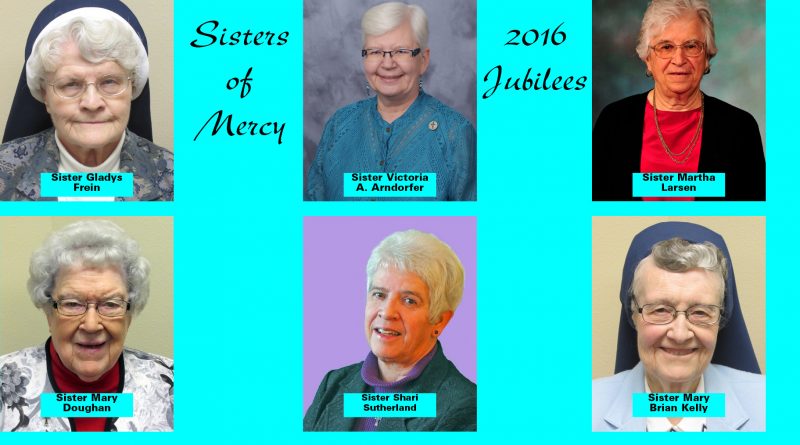 Around the Archdiocese Vocations
June 16, 2016 Dan Russo Sisters of Mercy

CEDAR RAPIDS — Six Sisters of Mercy from Cedar Rapids will mark milestone anniversaries in religious life this year and celebrated their jubilees on Sunday, June 12. Collectively, they have 350 years of Mercy service. A private Mass was held in the Chapel of Mercy on the Mount Mercy University campus. Public receptions followed. These receptions honored each jubilarian from 2:30-4 p.m.

Sister Vicky Arndorfer, RSM (celebrating her 50th jubilee) spent her childhood on a farm near Wesley, Iowa. She attended Catholic grade school and high school. After two years at Mount Mercy College, she entered the Sisters of Mercy in Cedar Rapids, Iowa. She earned a bachelor of arts in music education and taught at All Saints, Cedar Rapids; St. John, Waterloo; Sacred Heart, Oelwein; and St. Nicholas, Evansdale. After 14 years of teaching music, she moved to Paola, Kansas, where she lived and worked for 12 years in a group home for people with developmental disabilities. She served on the leadership team of the Sisters of Mercy Cedar Rapids Regional Community for eight years.

After a sabbatical, she moved into a L’Arche community in Clinton, Iowa, where she shared life with people with developmental disabilities for four years. She is currently serving as chaplain at Mercy Medical Center in New Hampton, Iowa.

Sister Mary K. (Kevin) Doughan, RSM (70th jubilee). Our generous God looked down on Hancock County – Britt, Iowa – and called two Doughan girls: Adele and Arlene (now known as Sister Mary K.), into his service. The sisters were raised and educated in northern Iowa. Graduating from Corwith High School and Hamilton Business School (now Kaplan University), they were employed in Mason City and Charles City. In Charles City, Arlene met the Sisters of Mercy who she found “to be impressive models of caring for God’s poor, sick and uneducated.” In 1945, they both entered the Sisters of Mercy in Cedar Rapids, Iowa. Vows for life were taken in 1951 as Adele (known as Sister Damian, d. 1989) and Arlene (Sister Mary Kevin) found their happiness in serving as Sisters of Mercy.

Sister Gladys Frein, RSM (celebrating 60 years of being a Sister of Mercy) was born on a farm in Greene, Iowa, the youngest of six children. After graduating in 1955 from Immaculate Conception School in Charles City, she entered the Sisters of Mercy in Marion. She was first professed in 1958 and made final profession on July 16, 1961. She attended Mount Mercy College (now Mount Mercy University) and St. Anthony School of Nursing, graduating in 1961. During her years of ministry, she was at Mercy Hospital (now Mercy Medical Center) in Cedar Rapids (1961-’66), Kalispell (Montana) General Hospital (1966-’72) and Anamosa Community Hospital (1972-’75).

She has returned to Mercy Medical Center in 1975 where she works in the Information/Hospital Register department, now totaling 46 years. She says her life as a Sister of Mercy has been blessed in ways she could never have imagined. These past 60 years have provided her with many opportunities to give and receive the merciful love of God and she is grateful to her Mercy Community, family and friends for this journey.

Sister Mary Brian Kelly, RSM (60th Jubilee) was born on the family farm in Elma, Iowa, on September 10, 1930. She was given the baptismal name of Helen. She was the third in the family of five girls. Helen attended a country school for nine years and graduated from Immaculate Conception School in Elma. After graduation, she worked at the Elma locker for six years. She entered the convent in Marion, Iowa, in 1956. She made final profession in 1961, receiving the religious name of Sister Mary Brian. Her first teaching assignment was at All Saints School in Cedar Rapids in 1959. Other places she taught were: DeWitt, Clarion, and 22 years in Decorah. She remained another eight years in Decorah serving as a parish worker. She returned to Cedar Rapids where she became a parish minister for Immaculate Conception and St. Wenceslaus. She currently visits area nursing homes and patients in Mercy Medical Center in Cedar Rapids.

Sister Martha Larsen, RSM (60th Jubilee) was born in Whitefish, Montana, where she attended schools in Flathead County. She entered the Sisters of Mercy in Iowa and eventually earned graduate degrees at Creighton University in Nebraska and the University of Toronto, Canada. She began as a teacher in Iowa and Montana schools and, for a short time, did parish ministry. After 12 adventuresome years in Peru with the Aymara people near Lake Titicaca, she returned to the states to work with a farmworker union and migrants from Mexico and Central America. She spent seven years with Michigan Peace Team, often on a team in Palestine/Israel. Now retired and living in San Francisco, Sister Martha volunteers with The Lantern Center for Hospitality and Education, an interfaith immigrant organization, where she teaches English as a Second Language, and Jewish Voices for Peace.

She says, “I am deeply grateful for my family and for the rich opportunities I have had to do the works of mercy, following Catherine McAuley’s charism of service with those who are poor.”

Sister Shari Sutherland, RSM (50th Jubilee) left Kalispell, Montana, in 1966 for Iowa where she joined the Sisters of Mercy in Cedar Rapids. It was through the support and care of these Sisters who taught and were nurses in Kalispell that she realized her call to be a Sister and thus began, what she describes as “an amazing life journey.” She earned her bachelor of arts at Mount Mercy College in 1971, a master’s in ministry from Seattle (Washington) University in 1983 and an master of arts from the University of Iowa in 1991. She taught music in schools in Decorah and Waterloo, Iowa; helped start the Mercy Spiritual Center in 1975; served as a campus minister at Newman and Westley in Iowa City; was a vocation director; helped found the Catherine McAuley Center in Cedar Rapids; and in 1995, she started her ministry with Big Brother Big Sisters. From 2003 to 2008, Sister Shari served as vice president for the Sisters of Mercy Cedar Rapids Regional Community. Since then, she has worked at Mount Mercy University in Mission & Ministry, recently named vice president of the department. Sister Shari also serves on the boards of Mercy Medical Center and Catherine McAuley Center, both located in Cedar Rapids. 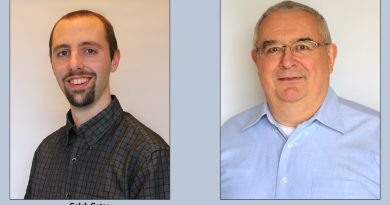 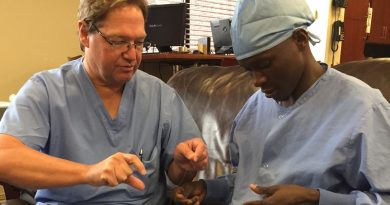 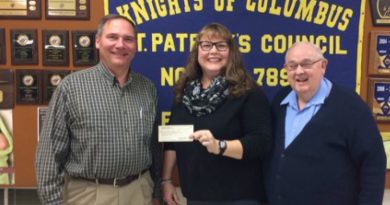