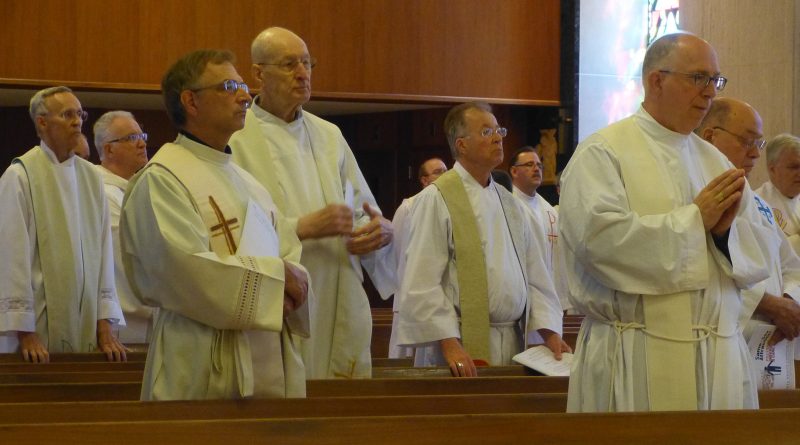 Special to the Witness

EPWORTH, Iowa – We are all children of God, and for that reason each of us should be treated with respect, love and understanding. Each of us is also the sum of many parts and no single aspect defines who we are as individuals.

Those were two of the basic messages discussed at the Archdiocese of Dubuque Priests’ Convocation, held at Divine Word College, June 20-22, by Father Philip Bochanski, associate director of Courage International, based in the Diocese of Bridgeport, Conn.

Founded in 1980, Courage chapters such as the one in Dubuque, have offered support and spiritual direction for men and women who experience same-sex attraction but want to live chaste lives in accordance with the teachings of the Catholic Church. A sister organization, EnCourage—which has chapters in Dubuque and Cedar Rapids—is a support group for family members or loved ones of those with same-sex attraction.

Father Bochanski’s presentation, “Same-Sex Attraction: Pastoral Understanding and Care,” took the priests back to the basics, explaining church teaching while offering real-life insights and understanding of issues related to homosexuality.

As more and more of these issues come up, priests can feel unprepared to deal with them for fear of saying the wrong thing. Perhaps a young man confides that he is attracted to other men. A mother seeks his advice after her daughter “came out of the closet.” A same-sex couple wishes to have their child baptized. The issues are many and varied.

“The goal is to give priests some perspective and encouragement so they can be a spiritual father to people who come to them, either because they are experiencing same-sex attractions or because it’s affecting somebody that they love,” Father Bochanski said. “We want to equip them to be there, to be good listeners, to be supportive and encouraging.”

For instance, the phrase, “same-sex attraction,” is an important point. Father Bochanski brought up a letter from the Congregation for the Doctrine of the Faith (CDF), in 1986.

At its most fundamental, the church views homosexual acts as immoral, because sexual relations are meant for a husband and wife.

“Women’s bodies are different from men’s so that, as the Scriptures says, the two can become one flesh and can lead to the procreation of children,” Father Bochanski said.

However, homosexual inclinations—same-sex attractions—are not immoral in and of themselves. The acts are. In the same way, a strong feeling of anger is not bad in itself, but to express that anger through violence would be.

Priests often need to be interpreters of church teaching, which is written in theological and philosophical terms, but sometimes are interpreted by people in a much different way. That can lead to misunderstandings. For instance, in the Catechism, homosexuality is described as being “intrinsically disordered.” That has been misinterpreted to mean the church considers homosexuality as a mental disorder, which is not the case.

“The Catechism talks about the ‘order of creation’ in the sense that God creates the world and us and the human body and human relationships according to a plan—an order,” he said. “What it means is if you do this thing, it’s going away from God’s plan for human happiness.”

The concept of “chastity” was also explored. Father Bochanski said that we all are called to lead chaste lives—a husband and wife are chaste by being faithful to each other; a single person is chaste through abstinence as is an ordained priest or other vowed religious person.

Father Bochanski referenced a book by author C.S. Lewis, “The Four Loves,” which explores the expression of love in four ways: affection, charity, passion and friendship. A person who feels same-sex attraction is asked to be chaste through abstinence by resisting “passion,” and put more focus on the other three forms of love.

But people tend to zero in on that which they cannot have, he said. The lesson of Eve in the Garden of Paradise effectively presents it. Adam and Eve had everything they could possibly want, but the obsession for the one thing they could not have—the fruit of the Tree of Knowledge—led to their fall.

“The world has forgotten that there is more than one kind of love,” Father Bochanski said. “We don’t think of friendship or affection, or charity, divine love, as real love, we just are so focused on sex.”

The information presented to the priests was critically important, according to Father Jerry Kopacek, director of Spiritual Formation at St. Pius X Seminary at Loras College, and chaplain for the local Courage chapter. He is also chaplain for EnCourage chapters—the support group for family members and friends of those with same-sex attraction—in Dubuque and Cedar Rapids.

“These are tremendous people who love their child unconditionally but also believe in what the church says about marriage, about sexuality, so they struggle with what seems to be two contradictory poles,” he said. “There is no contradiction between loving your child and holding to and agreeing with what the Church understands about sexuality and marriage.”

Father Mike Mescher, from Tama, Iowa, was taken by two important concepts presented at the convocation—charity and clarity—encouraging each priest to be Christ to a person with same-sex attractions.

“You start with charity—understanding, ask questions, try to find common ground—then help the person to see the clarity of the teaching of the church leads to freedom and peace and joy,” he said. “Then the last step is you walk with them on that journey.” 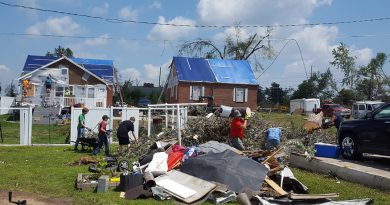 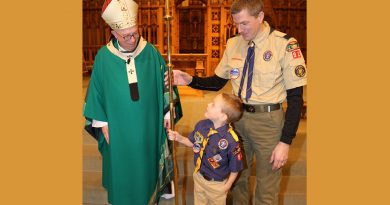 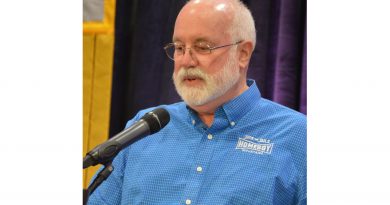