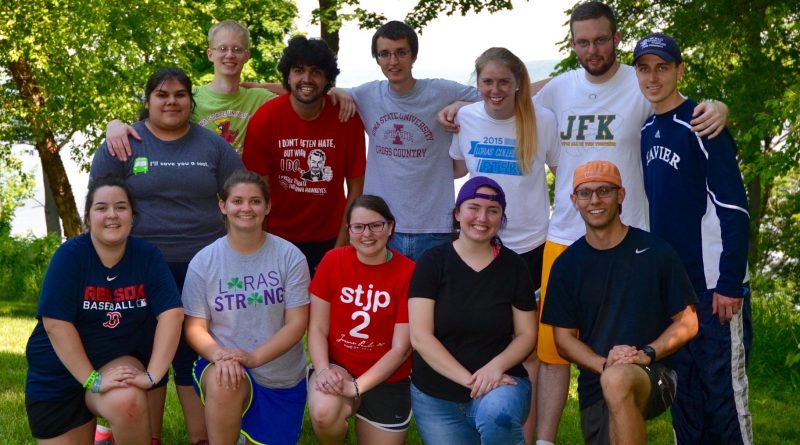 DUBUQUE — It could be thought of as “Totus Tuus 2.0.” This summer, Totus Tuus, the catechetical program dedicated to sharing the Gospel and promoting the Catholic faith among children and youth, returns to the Archdiocese of Dubuque for its second year, with an expanded program and a larger missionary team that will be able to serve more parishes throughout the archdiocese.

Totus Tuus is a Latin phrase meaning “Totally Yours,” which was the motto of Pope Saint John Paul II. It is taken from St. Louis de Montfort’s “True Devotion to Mary” and expresses the desire to give oneself entirely to Jesus through his mother.

The summer program that took its name from that same Latin phrase was begun in the Diocese of Wichita, Kansas, in 1993 and has now spread to dioceses throughout the country.

The program uses a combination of evangelization, catechesis, Christian witness and eucharistic worship during week-long sessions to reach out to young people at participating parishes. Programs are held during the day for students in first through sixth grades. An evening program is held for students in grades seven through 12.

The curriculum for Totus Tuus has divided the four pillars of the catechism into six-year teaching cycles and also follows a four-year cycle dedicated to the rosary. This year’s focus will be on prayer and the glorious mysteries.

“Totus Tuus brings together the best of so many aspects of catechesis and evangelization: solid content, young adult mis­sionaries who are well trained and enthusiastic about proclaiming the Gospel, and fun,” said Jerry McGrane, the team manager for Totus Tuus in the archdiocese. “It’s an effective combination for bringing children and teens into a deeper relationship with Jesus Christ and his church.”

Kevin Feyen, the director of adolescent faith formation in the Archdiocese of Dubuque, agrees that the program offers a winning combination. “Totus Tuus has a great balance of silly fun and deep meaning. The two are so important in being successful. Too much of one or the other and programs tend to lose their connection or purpose,” he said.

Last summer, when Totus Tuus first came to the Archdiocese of Dubuque, the program served eight locations with a team of four missionaries.

“The feedback we received last year was very positive,” Feyen said. “Families expressed gratitude to their parish faith formation leaders by saying that their children came home from Totus Tuus and wanted to talk about what they learned at supper. How often do we see kids that excited about their faith?”

After the success of last year’s program, Totus Tuus has been expanded and this summer will serve 17 different parish and cluster locations with the help of 12 college-aged missionaries. The missionaries have been divided into three teams (Team Elizabeth Ann Seton, Team Faustina and Team Pier Giorgio Frassati), which will each visit different sites throughout the archdiocese from June through August.

Each of the six male missionaries in the group are seminarians of the Archdio­cese of Dubuque enrolled in the St. Pius X Seminary program for undergraduate seminarians. Four of the female mission­aries are students at Loras College in Du­buque; the other two attend Benedictine College in Atchison, Kansas.

“I decided to get involved with Totus Tuus because I have a passion for working with the youth and sharing my faith with others so it is the perfect fit!” said Kara Zwanziger, a Cedar Rapids native who will be a junior at Loras this fall and will spend this summer traveling the archdiocese as a Totus Tuus missionary.

Zwanziger and the other missionaries received extensive training to prepare for their summer with Totus Tuus. After a week in Wichita learning about the fundamentals of the program, the 12 spent two days together in Dubuque getting to know each other better and becoming more familiar with the ins and outs of the archdiocese. During local training, two of last year’s Totus Tuus missionaries spoke to this year’s team and shared stories and talked about the successes and frustrations they experienced last summer.

This year’s missionaries also spent a portion of their last day of training on a ropes course at Four Mounds, near Dubuque. The course offered a series of group activities that were intended to challenge them physically and mentally for the purpose of team building and to strengthen the sense of trust among members of the group. While participating on the course, the 12 missionaries found themselves in the woods swinging from ropes, balancing on cables and taking at least several big steps outside of their comfort zones.

“The activities at Four Mounds really helped me to get to know how my teammates work through problems and just understanding them better. It helped us to learn how we are going to function as a team,” said Rebecca Brennan of Independence, Kansas, one of this year’s missionaries who attends Benedictine College.

After training was complete, the missionaries hit the road and headed out to their first stops for the summer – one team to St. Mary Parish in Waverly and the other two to St. Anthony Parish in Dubuque, where they’ll serve from June 12-17.

“I’m looking forward to interacting with the children and learning how to minister to children, but also I’m excited to bring the Catholic faith to them in a different way that they might not get elsewhere,” Michael Becker, a missionary from Livermore, Iowa, and seminarian at St. Pius X, said, shortly before he and the others on the team headed out for their first week of programming.

“I think our parishes will be really pleased with the men and women who will spend a week with them this summer,” Feyen said of the 12 missionaries. “Totus Tuus means ‘Totally Yours’ and I have no doubt that these men and women will be giving themselves in total surrender to their mission in bringing the love of God to the parishes they will serve this summer.”

To learn more about Totus Tuus and to see videos the missionaries have made introducing themselves, visit the Totus Tuus page on the archdiocesan website: www.dbqarch.org/offices/adolescent-faith-formation/programs-services/totus-tuus. 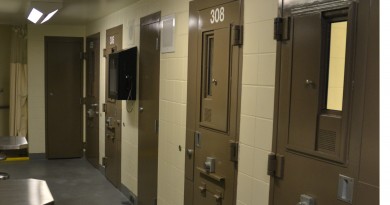 Bringing mercy to those in prison 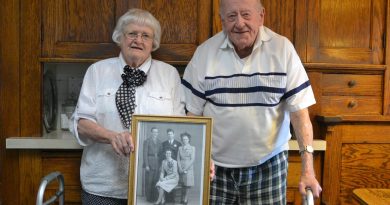