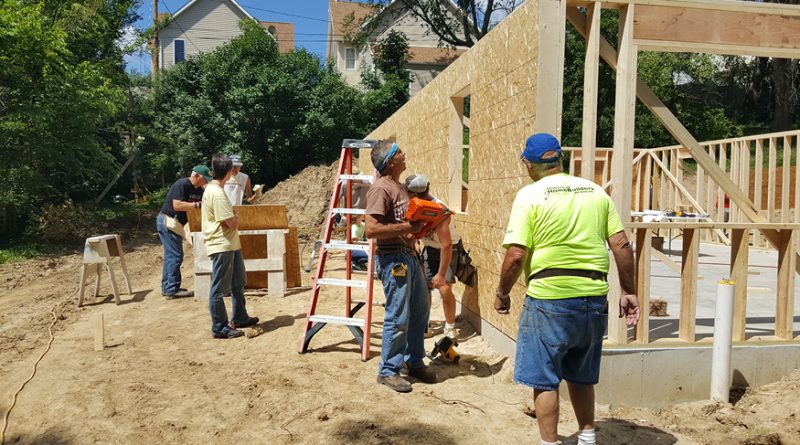 DUBUQUE — Despite all the negative news one reads in the headlines today, Deacon Jim Schmidt is convinced there’s still a great deal of good in the world.

He believes it, because he’s seen it firsthand in the people who have come together in recent months to give of their time and resources – and in many cases their blood, sweat and tears – to ensure that a family of five in Dubuque has a place to call home.

On Sunday, Nov. 6, that home – the new Habitat for Humanity house at 767 University Ave. – will be formally dedicated.

The construction of the house has been a collaborative effort by the parishes of the Dubuque Deanery as a way of living out the corporal works of mercy, specifically the call to “shelter the homeless,” during the jubilee year.

Construction on the house began in July and continued for the remainder of the summer and into the fall. The finishing touches in the interior of the home were completed in just the last few weeks.

The idea to build a Habitat for Humanity house in conjunction with the Year of Mercy was initially proposed by Dubuque’s Resurrection Parish, which built its own Habitat home in 2006.

“When it came to observing the Year of Mercy, Resurrection suggested that all the parishes in the Dubuque Deanery undertake a Habitat build naming it Mercy House or Francis House,” said Resurrection’s pastor, Father Joseph Hauer. “Mercy House was chosen as the name.”

“What greater way to respond to the inspiration of the Holy Father than to provide housing for a family in need?” he asked. “This will leave a lasting benefit to the housing needs of our community, in honor of the Year of Mercy.”

“The other churches in the deanery were interested in getting involved when they learned about the idea of the house,” said Deacon Schmidt, who helped coordinate the Habitat project.

Parishioners from across the deanery, which includes parishes in the city of Dubuque and those in Key West, St. Catherine, St. Donatus and New Melleray, supported the project financially through donations and by volunteering to help physically build the home. Others provided meals for those tackling the construction.

Support for the project eventually reached beyond the deanery as well. The parishes of the St. Elizabeth Pastorate in the Epworth area and St. Joseph Parish in Bellevue also contributed to the project, as did other area churches of different Christian denominations.

About 30 students from Loras College volunteered to help with the construction and yard work. Many local businesses were involved and many donated their services.

A Dubuque middle school student, Clare Vosberg-Padget, helped furnish the children’s bedrooms in the Habitat home through an organization she founded called Clare Cares, which works to make a positive impact on the local community.

Coordinators of the Habitat project hoped to raise a total of $50,000 to cover the cost of construction, but in the end, individuals and businesses donated more than $70,000.

“We were just overwhelmed by people wanting to help,” Deacon Schmidt said. “It has been an awesome experience seeing people coming together from around the deanery and different denominations and different businesses and working together on this, donating money, donating their labor. It’s been heartwarming.”

The project was not without its challenges, but Deacon Schmidt said they too were overcome with an outpouring of generosity.

“Two days before construction was to begin, our tool trailer was broken into and some of our tools were stolen,” he said. “But generous people stepped forward to help cover the replacement, and we were able to purchase new tools and still start on the scheduled date.”

The now completed Habitat house will soon be the home of Michelle Steffy and Laparis Owen and their three children. The family will be present at the dedication ceremony, as will their pastor, who will lead the dedication’s opening prayer.

Deacon Schmidt said the family is “tickled” over their new house. “They’re very excited. They’re very happy,” he said. “I think they have been overwhelmed by the generosity, too.”

Seeing the family at the dedication “will be very rewarding” for everyone who has been involved in the project, Deacon Schmidt said. “That moment, it will all be worth it.”

Next Sunday’s 1 p.m. dedication of the Habitat for Humanity house is open to the public and will provide a chance to see both the interior and exterior of the new home. All are welcome. 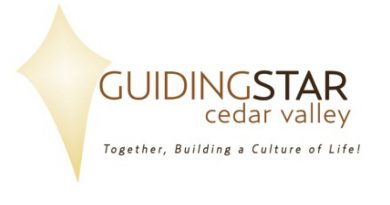 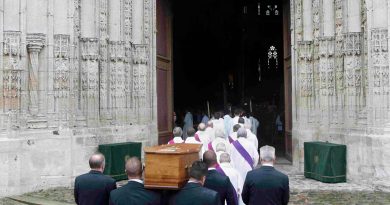 Have you prepared your ‘life story’ yet? 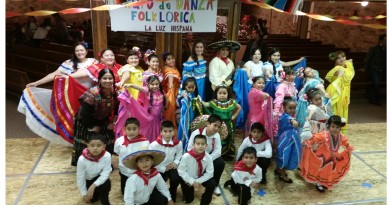 Sisters at forefront of ministry to immigrants