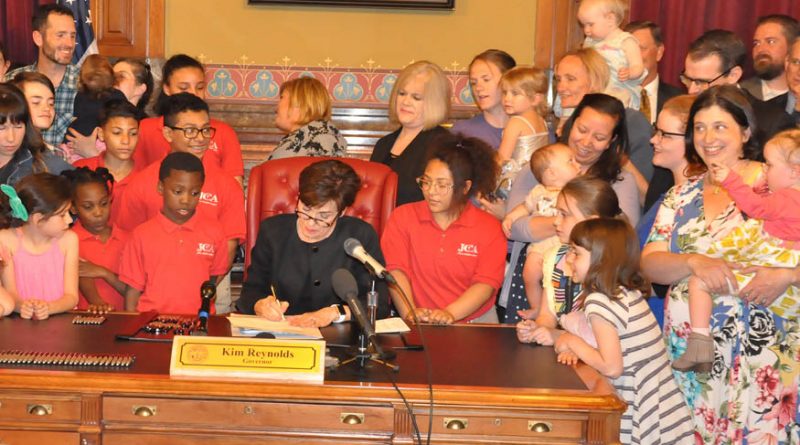 DES MOINES — Iowa’s “heartbeat” law, signed by the governor May 4, is slated to take effect July 1, but it’s too early to tell whether it will ever actually be implemented. Its future depends on the outcome of a legal battle currently playing out in the state court system as well as one that may come later.

In 2017, the Iowa Legislature passed a law, known as the Iowa Act, that banned abortions after 20 weeks of pregnancy. That law also included a section that required a three-day waiting period before an abortion. The 20-week ban is now in force, but the waiting period was put on hold, pending the outcome of a lawsuit by Planned Parenthood of the Heartland, a local affiliate of the nation’s largest abortion provider,  and the American Civil Liberties Union (ACLU) of Iowa.

The Iowa Supreme Court is expected to rule in this case before the end of June.  The court’s decision could have an impact on not only the heartbeat law, but also on how abortion is treated under state law in general, according to Tom Chapman, exec­u­tive director of the Iowa Catholic Conference (ICC).

“They (Iowa Supreme Court justices) have not really found a robust right to an abortion yet in the (Iowa) state Constitution, but they did allude to it at the state constitutional level when the state Supreme Court struck down the webcam rules, which would have outlawed webcam abortions in 2015,” he said. “The court struck that down and said we have a constitutional right at least similar to the one at the federal level.”

Parties on both sides of the abortion issue  in Iowa are waiting to see what happens in the current case. Many states have abortion waiting periods that have sparked legal challenges with mixed results. Even if Iowa’s Supreme Court rules in favor of the three-day waiting period, it probably won’t be the end of the legal drama.

Representatives of Planned Parenthood of the Heartland vowed to challenge the legislation. Planned Parenthood President and CEO Suzana de Baca called the law “unconstitutional,” according to a statement from the organization. The ACLU of Iowa pledged to join the possible litigation. So far, these two organizations have not filed any lawsuits in relation to the heartbeat bill. Chapman speculated that this is because they are awaiting the outcome of the waiting period case.

Similar “heartbeat” laws have been passed in two other states. In January 2016, the U.S. Supreme Court upheld lower court rulings that struck down laws similar to the heartbeat law in North Dakota and Arkansas.

The 1973 Roe v. Wade decision made abortion legal in all cases in the first trimester and gave states the ability to regulate it past that until “fetal viability,” according to the U.S. Constitution Center. In 1992, the Supreme Court again addressed the abortion issue in Planned Parenthood of Southeastern Pennsylvania vs. Casey, deciding that “the mother had a constitutional right to abortion and that this right could not be unduly interfered with by the state prior to viability,” states the center in a 2018 article on Roe v. Wade.

Chapman believes that despite the challenges the heartbeat law is likely to face in the court system, he is encouraged by the effort to protect life in Iowa.

“Of course, the church is all about (protecting life)  from womb to natural death, and from its earliest moments,” said the ICC executive director. “As Pope Francis said, what we want people to take away from this is let us respect and love human life. We want the judiciary to recognize what a lot of people do — a life should be protected all the way through. Really, the judiciary has been the problem at this point.”

DES MONES — After the “heartbeat” bill was signed into law May 4, the legislation garnered national media attention, with many calling it the most restrictive abortion law in the nation because it bans termination of a pregnancy after a heartbeat is detected on an ultrasound.

Lost in much of the coverage was the fact the law, formerly called Senate File 359, also contains a ban on the sale of fetal body parts.

The law states: “A person shall not knowingly acquire, provide, receive, otherwise transfer, or use a fetal body part in this state, regardless of whether the acquisition, provision, receipt, or use is for valuable consideration.”

The term “valuable consideration” in this context means for any payment. People who violate the ban can be charged with a felony. The law allows for scientific research and “diagnostic or remedial tests” on fetal tissues.

The body parts provision was originally a stand-alone bill in 2017 but was added to the hearbeat bill in 2018, according to Tom Chapman, executive director of the Iowa Catholic Conference (ICC). The sale of fetal body parts after an abortion is a practice that is legal in some states of the U.S. and not in others. The practice came to national attention in 2015 when a series of videos  taken by an activist group allegedly showed officials from Planned Parenthood engaging in the sale of body parts from aborted fetuses. The ICC supported the bill. To the best of Chapman’s knowledge, the sales are not going on in Iowa.

“It was going on in other states but we didn’t want it to happen in Iowa,” said Chapman

Tests of fetal tissue to determine the health of the mother or child, the study of fetal tissue, including genetic testing, and the donation of body parts to research  following a miscarriage are all permitted under the law.  It would take effect on July 1.

the heartbeat legislation into law May 4

(Photo from Office of the Governor) 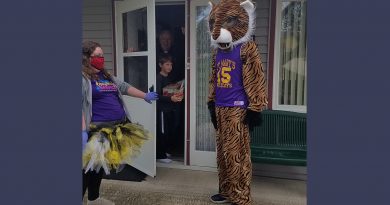 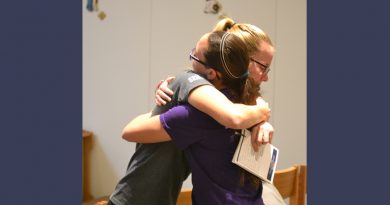 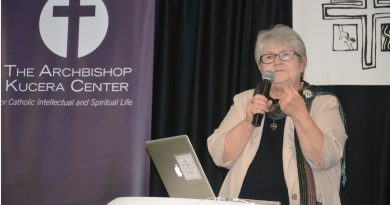