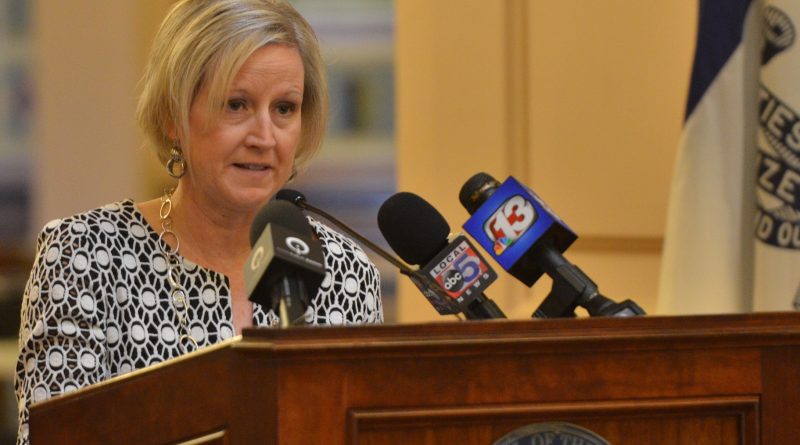 DES MOINES — The 2020 Iowa Prayer Rally for Life was held in the rotunda at the Iowa State Capitol in Des Moines on Monday, March 2, organized by the Coalition of Pro-Life Leaders.

Gov. Kim Reynolds, Representative Steve Holt and Senator Jake Chapman gave impassioned remarks about the sanctity of life, as did Maggie DeWitte, executive director of Iowans for LIFE, and Bob Vander Plaats, president and CEO of The Family Leader.

The rally focused on the importance of the Protect Life Amendment, which passed through the Senate earlier this week and will be up for debate in the House later this month.

It’s crucial for people to contact their legislators and urge them to pass the pro-life amendment, said Tom Chapman, executive director of the Iowa Catholic Conference, which represents the four bishops of Iowa as the official public policy voice.

The creation of the pro-life amendment is in response to a 2018 ruling by the Iowa Supreme Court, stating “a woman’s right to decide whether to terminate a pregnancy is a fundamental right under the Iowa Constitution.”

That ruling makes abortion a right on par with freedom of speech and freedom of religion, said Maggie DeWitte, executive director of Iowans for LIFE.

“If you have a fundamental right, you can’t restrict it or limit it in any way,” DeWitte said.

“The only way to undo this is a constitutional amendment,” DeWitte said.

“In order to pass that constitutional amendment it has to pass two consecutive legislative sessions. We have to get it passed in 2020 and [next year’s] session and then a vote goes to the people. So this is a multi-year process and really our only option.”

“The dignity of the human person is the foundation of our moral vision for society,” the bishops stated. “We recognize that each person is created in the image and likeness of God. Hence, direct attacks on innocent persons are never acceptable. This is why abortion is such an important issue.”

“We believe it is important to make this amendment to the Iowa Constitution,” they continued. “This is a question of the common good. We can help pregnant women in need, the men who fathered those children, and families in distress without recourse to the violence of abortion.”

“Loving and gracious Father … we thank you for your love and generosity – you formed us out of nothing – that before we were formed in the womb, you knew us and called us each by name,” Father McGeary said.

“Lord, we pray on this day that you will be in the hearts and minds of all the public officials in office, who have been entrusted with the responsibility of guiding and influencing our cultural milieu,” Father McGeary continued. “Give to them the gift of wisdom, give them the virtue of courage, give them integrity and give them above all the virtue of charity. Give us the ability to feel deep within our hearts the dignity of the human person and rouse us to act on behalf of our brothers and sisters (whose) voices cannot be heard.”

The rally was positive and prayerful, Chapman said.

“I think that’s what we need first of all is prayer – prayers for the unborn, but also prayer for the legislators,” Chapman said. “They have a tough job being up here and away from their families. Just keep the whole process in prayer.”

Take action and contact your legislator about the Protect Life Amendment today at www.votervoice.net/icc/home.

Kelly Mescher Collins is a multimedia journalist for the Diocese of Des Moines.

Maggie DeWitte, executive director of Iowans for LIFE, was one of the speakers at the rally March 2, held at the Iowa State Capitol in Des Moines. (Photo by Kelly Mescher Collins) 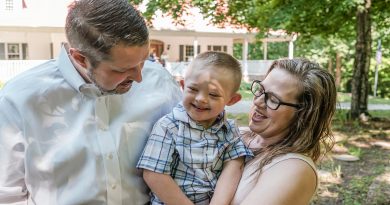 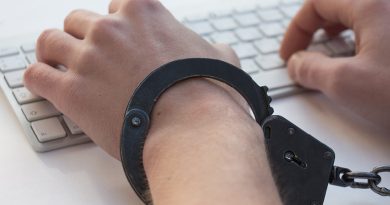 Understanding the growing problem of pornography 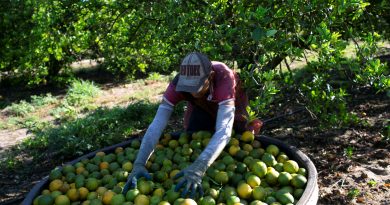 COVID-19 worries loom on many fronts in rural America