The gifts of the Spirit 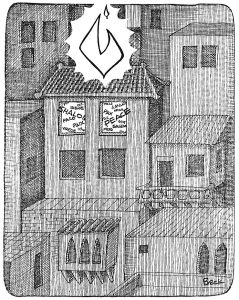 The Sunday lectionary of Scripture readings used today was mandated by the Second Vatican Council. We moved from a yearly to a three-year cycle of readings, and from two readings to three (Old Testament, epistle, Gospel). This has served us remarkably well for nearly 50 years. After a time, alternative readings began to be offered in some cases. This was especially a useful idea for those feasts, such as Pentecost, which have the same set of readings each year, no matter which cycle. Here the original selection of texts is so apt, that it was difficult to suggest alternatives. However, sometimes a fresh approach is what we need.

The traditional texts for this feast are listed above. The reading from Acts is an obvious choice, since it is the biblical origin of the feast we are celebrating. The reading from I Corinthians concerns the gift of tongues, which characterized the original Pentecost. And the reading from John is the only Gospel passage about the Pentecostal gift of the Spirit, although John’s timeline differs.

Alternative readings are offered for the New Testament reading and the Gospel. The first is Galatians 5:16-25, Paul’s account of the flesh and the Spirit. The second is John 15:26-27; 16:12-15, the promise of the Advocate to be sent to the disciples. Both are quite suitable texts for the day. In addition, while this is the Mass during the day, there is also a separate liturgy available for the vigil, the night before. And for those who wish to celebrate more fully, the vigil also offers an extended version.

The extended vigil for Pentecost is similar to the Easter vigil, though not as elaborate. Like the Easter vigil, it consists of a series of readings with response psalms and concluding prayers. There are four readings — (1) Genesis 11:1-9, the Tower of Babel; (2) Exodus 19:3-8, 16-20, the Sinai Covenant between God and Israel; (3) Ezekiel 37:1-14, God’s spirit bringing the dry bones to life; (4) Joel 3:1-5, the outpouring of the Spirit, the passage quoted by Peter in the Pentecost story in Acts. All are marvelous passages and offer a range of perspectives for the celebration of the feast.

Among these riches, we’ll pick one —Genesis 11:1-9, the Tower of Babel. This seems to lurk somewhere in the background of Luke’s Pentecost story in Acts 2, and there is a popular tradition about that. In my own experience, this came to life for me a few years ago when I was looking more deeply into Luke’s use of the Greek Old Testament, the Septuagint. Septuaginta means “70,” representing the legendary committee of 70 scholars who produced it. It is usually abbreviated as LXX, the Roman numeral for 70. The LXX sometimes translates the original Hebrew Bible rather freely. Furthermore, the New Testament, which was written in Greek, favors the LXX when it quotes the Bible.

There are many links between Luke’s Pentecost story in Acts and the Tower of Babel. The title involves wordplay, based on a Hebrew word meaning “confusion” (balal), referring to the scrambling of languages. We tend to think of “babble” — apt, though our invention. However, there is also a suggestion of “Babylon,” with its pyramids, experienced by the Israelites during their Exile there. It is an implicit criticism of the nation that captured them.

Unable to reproduce the wordplay, the LXX simply translates it “Tower of Confusion.” This influences the Pentecost story, where they “were confused because each one heard them speaking in his own language.” The confusion and dispersal of peoples of Genesis 11 is now reversed, as the peoples with their many languages begin to come together.

I am the Good Shepherd

Nothing is ever really ours