We are the sheep of his flock 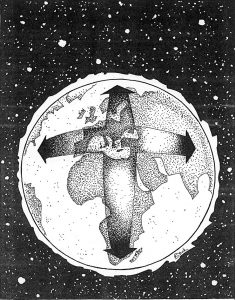 This Sunday traditionally is Good Shep­herd Sunday. This year the Gospel reading is very short. For those who wish to keep this fourth Sunday dedicated to the Good Shepherd, it suffices, though it consists of little more than a string of brief assertions. However, that allows us to take a look at the Acts of the Apostles, so often neglected in our discussions.

This first mission is relatively modest. First they sail west the short distance to Cyprus, the home country of Barnabas. From there they jump north to Asia Minor and the cities of Perga, Iconium, Lystra and Derbe. And toward the end of this part, another city named Antioch, this one in the territory of Pisidia. At that point Paul gives one of the major speeches in Acts. (The others are Peter’s in Acts 2 and that of Stephen, in Acts 7.) It serves to articulate some of Luke’s vision of this part of Acts.

However, the speech is omitted in the liturgy for today. That is probably just as well, as without some kind of preparation it would strike most people as not very significant. However, in the context of the narrative, it is. In the synagogue on the Sabbath, Paul addresses “Fellow Israelites and you who are God fearers.” The latter group refers to non-Jewish Gentiles who are friends of the synagogue, but haven’t converted to Judaism, for various reasons. They turn out to be the target of Paul’s efforts.

The speech reviews the history of Israel, with the purpose of showing how it is fulfilled in Jesus of Nazareth. At that point, the listeners were intrigued and invited Paul and Barnabas back for the following Sabbath. In the meantime, their opponents stirred up people against them. It is that following week that serves as the subject for today’s selection.

Paul responds to their hostility with the message that the time has come to include the Gentiles in the biblical story of salvation. For those who cling to the tradition, this is anathema. But on the other hand, “the Gentiles were delighted when they heard this and glorified the word of the Lord.”

Of interest is Paul’s quote from Scripture:

I have made you a light to the Gentiles,

that you may be an instrument of salvation

to the ends of the earth.”

This is Luke’s way of referring back to his larger plan for the double narrative of Luke-Acts. While Luke’s Gospel and Acts of the Apostles are separate books, they comprise a single narrative. And here we come to an important moment in that unfolding double narrative.

First of all, the “light to the Gentiles” is a theme of the prophet of the Babylonian exile, Second-Isaiah, and it appears in both the first and second of the famous songs of the suffering servant (Isa 42:6; 49:6). But it is picked up by Simeon in his encounter with the Holy Family in the Temple (Luke 2:29-32) in the canticle we call the “Nunc Dimittis.” It declares the objective of the narrative about to follow.

And at the beginning of Acts, just before the Ascension, Jesus announces the plan for that work: “You will be my witnesses in Jerusalem, throughout Judea and Samaria, and to the ends of the earth” (Acts 1:8). Paul’s very words now.

For reflection: For us Gentiles, this is the beginning of our story.

Salt of the earth

The time is 2 minutes to nuclear midnight