The Edict of Cyrus

The Lord is King

They share two focal points—temple and empire. And their two stories are intertwined.

Something that has come to be appreciated today more than in the past is how both Old and New Testaments were produced when their faith communities were under the control of foreign empires. The first of the Old Testament imperial presences was Assyria, which conquered and eliminated the northern kingdom of Israel, in 721 B.C. The next empire was Babylon, which attacked the southern kingdom of Judah, leveling Jerusalem and its temple, built by Solomon. The urban population was taken off into exile in Babylon, where they were when Cyrus the Great, of Persia, defeated Babylon and instituted a new era. Cyrus allowed the captive peoples to return home, rebuild their cities and shrines, and become productive members of the empire. The temple in Jerusalem was rebuilt.

Today’s reading from Isaiah 45 makes reference to the Edict of Cyrus that enabled this return. The prophet’s viewpoint is that, unbeknownst to him no doubt, Cyrus is doing the work of the Lord God. It is for this reason that he honors him with the title of the Lord’s “Anointed”— that is, “Messiah.” Only here in the Bible is this title given to someone other than the members of the David family.

The Persian era continued for Judah until 332 B.C., when Alexander the Great came through, joining this part of the world to his conquests. Hellenism became the new cultural threat for the Judean community. When the Hellenist emperor of Syria, Antiochus IV Epiphanes, made moves to repurpose the Jerusalem temple as a shrine to Zeus, the Maccabean revolt resulted. Their unexpected success ushered in a rare period of independence for Judea. From 165 to 63 B.C., the Hasmoneans (descendants of the Maccabees) reigned in Jerusalem. This ended when Pompey the Great entered Jerusalem, claiming it for Rome. The new era had arrived. It was during the Roman Empire that the events and composition of the New Testament unfolded.

When Matthew was writing his Gospel, the events of the Great Revolt in Jerusalem, 66-70 A.D., had already occurred. Jewish unrest boiled over, and it was a time of horrific struggles. The Romans conquered the city, and the second temple was burnt down. The Arch of Titus was built in Rome to commemorate the event. The confiscated temple treasury of Jerusalem funded the building of the Colosseum in the capital city.

Matthew writes some 10 or 15 years in the aftermath of these events. We might read today’s story of Jesus’ debate with the Pharisees with this background in mind. While we today often think of this story in terms of the separation of church and state, such a thing was unknown at that time.

Here are a few aspects of the scenario: The Romans instituted a seriously punitive tax, the Fiscus Judaicus, after their conquest of Jerusalem. While this is not the tax mentioned in the story, it probably was in the minds of Matthew and his readers.

Also, it is likely that Jesus, and Matthew, were of the opinion that all creation belongs to God.

And then there is this: If the Pharisees are attempting to trap Jesus between the fierce retribution of the Roman authorities and the ire of the faithful Jews, it doesn’t work. By asking for a coin, with the image of Caesar (who claimed to be a god), he turns the table on those who bring an image of a false god into the sacred temple precincts.

For reflection: Where do we find temple or empire today? 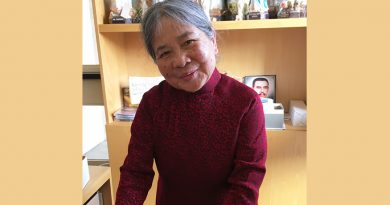