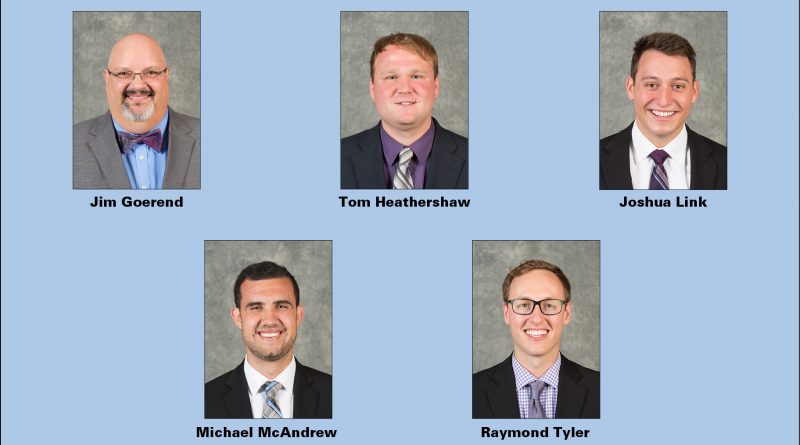 DUBUQUE — Five men will be ordained transitional deacons May 25 at St. Raphael Cathedral in Dubuque. They will then undergo another year of education and formation before joining the priesthood in 2019.

Jim Goerend, the son of Rosie Goerend and the late Ed Goerend, was born in West Union on Dec. 15, 1967, and grew up in St. Lucas. He has six older brothers and sisters, Jeanne Adams, Bob (Juli) Goerend, Vicki (Dan) Pavlovec, Dave (Darla) Goerend, Maureen (Sean) Sailsbury and Patrick Goerend (deceased). His family also includes many nieces, nephews, and great-nieces and -nephews. His home parish is St. Luke’s in St. Lucas.

Goerend attended Catholic grade school in St. Lucas and Turkey Valley Junior/Senior High School in Jackson Junction. After high school, he attended Loras College in Dubuque and enrolled in St. Pius X Seminary. After a year of studies, Goerend left Loras and the seminary program to travel and see other parts of the country. After eventually making his way back to Iowa, Goerend enrolled in the University of Northern Iowa (UNI) in Cedar Falls and graduated from there in 1995 with a bachelor’s degree in history. He returned to UNI to earn a bachelor’s degree in history education in 2005.

Goerend taught high school social studies in several districts in northeast Iowa until making the decision to re-enter seminary. In the fall of 2013, Goerend began pre-theology courses at Mundelein Seminary in Illinois and started theology courses there two years later. He will graduate from Mundelein next spring.

In his spare time, Goerend enjoys fishing, baseball and cheering on the Chicago Cubs, following Notre Dame sports, cooking, and reading history books, especially biographies. Reflecting on his path toward ordination, Goerend said, “This journey has been a long, winding road. I have taken many detours, but God has always been waiting for me, waiting for me to finally come to the realization that I had been running from him and trying to hide. When I told a dear friend about hiding from God he told me that my story was very close to the story in ‘The Hound of Heaven.’ I read the poem and realized that this was my story.”

Tom Heathershaw was born in Waterloo on April 10, 1989, to Donna Heathershaw and Bill Koch. He grew up a member of St. Edward Parish in Waterloo and attended the parish’s grade school. He graduated from Columbus High School in 2007. Heathershaw attended the University of Iowa for three years before transferring to the University of Northern Iowa, from which he graduated in 2013 with a degree in religion. That fall, Heathershaw began his studies in the St. Pius X Seminary program at Loras College. In 2015, he started courses at Mundelein Seminary in Illinois. He will graduate from Mundelein in the spring of 2019. Heathershaw is an avid Chicago Cubs fan and said he has taken advantage of Mundelein’s close proximity to the city of Chicago, attending several games at Wrigley Field while he has been in seminary. “It was pretty sweet being in the area when they won the World Series in 2016,” he said.

As his diaconate ordination draws near, Heathershaw said, “I am excited about being ordained a transitional deacon! It is the last step before being ordained a priest next year. There is a great joy that comes with following what Jesus is calling you to do in your life. I hope to share that joy with others in my future ordained ministry.”

Joshua Link, the son of Brian and Angella Link of Dubuque, was born on Jan. 10, 1993. He has one sister, Jessica. His home parish is St. Joseph’s in Key West. Link graduated from Wahlert Catholic High School in Dubuque in 2011.

After his high school graduation, Link entered the St. Pius X Seminary program at Loras College, from which he graduated in 2015. He is currently enrolled at Mundelein Seminary in Illinois, where he completed his third year of studies this May.

“Since being at Mundelein, I have been taking theology classes. It can be difficult at times, but I find our classes to be very interesting,” Link said. “I’m taking classes about Jesus, the Bible and the church, and I find it very intriguing. I enjoy going to class and learning the material.”

Outside of the classroom, Link enjoys playing sports and engaging in physical fitness activities, including Crossfit. He likes movies, especially Marvel movies, and

spending time with his family and friends. His favorite book is the “Outsiders,” and his favorite saint is Maria Goretti.

“I am very excited for ordination!” Link recently reflected. “After seven years of

seminary, it’s amazing that ordination is finally here for me. It has been a great experience to see God working in myself and the people around me. I am looking forward to preaching every day as a deacon, and as a priest, I can’t wait to give the sacrament of anointing of the sick and confession.”

Born March 22, 1990, Michael McAndrew is the son of Matt and Marta McAndrew of Coralville. He has three sisters, Jackie (Dave), Sara and Leslie. McAndrew graduated from Iowa City West High School in 2008 and then studied at the University of Northern Iowa (UNI) from which he graduated in 2013 with a degree in choral music education. During his time at UNI, McAndrew was active in campus ministry and spiritual life at St. Stephen the Witness Student Center. He was also an active member of the UNI Varsity Men’s Glee Club and UNI Opera.

While in his final semesters at UNI, McAndrew began to discern a call to the priesthood. In the fall of 2013, he enrolled in the St. Pius X Seminary program at Loras College. After two years there, he continued with his studies at Mundelein Seminary in Illinois. He will graduate from Mundelein in the spring of 2019.

Some of McAndrew’s hobbies include singing, exercise, reading and watching movies. He said he also enjoys a cup of coffee with good friends.

“I’m thrilled to be so close to diaconate ordination. The formation process has challenged me to grow in so many ways, and though I have more growing to do, I am ready and elated to serve as a deacon. As a deacon, I’m most looking forward to preaching and baptizing,” McAndrew said. “I also look forward to celebrating the sacraments as a priest,” he added. “The priest is one who is privileged to be present in people’s lives in all seasons of life, joy and sorrow. I am looking forward to celebrating Mass, offering God’s mercy as a confessor and anointing those who are sick. These tangible signs of God’s presence give life and meaning to the ministry of the church.”

Tyler Raymond was born in Cedar Rapids on March 27, 1992, the son of Gary and Julie Raymond. He has one younger sister, Haley. Raymond grew up in Marion where his family attended St. Joseph

Parish. He is a graduate of Linn-Mar High School in Marion. After his high school graduation, Raymond attended the University of Iowa where he studied European history and classical languages/ancient civilizations. He transferred his senior year to Loras College and the St. Pius X minor seminary, from which he graduated in 2015. He is currently enrolled in major seminary at the University of St. Mary of the

Lake in Mundelein, Illinois. He completed his third year of studies at Mundelein this May. Some of Raymond’s hobbies include gardening, canoeing, kayaking and building computers.

“I’m very excited for ordination!” Raymond said. “I’ve discerned that God is calling me to this over my years in seminary, and now I’m looking forward to working with Christ for the people. I’m most looking forward to teaching and preaching.”

“It’s been a journey of self-reflection on where God has been working in my life and how he has called me to share my gifts with his church,” he added. “I’m honored and humbled to be called to this life!” 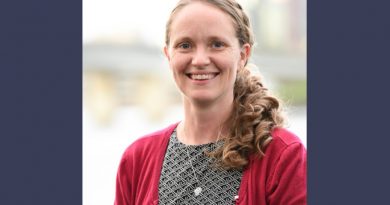 Part 15: Prayer for discernment: Glory Be, Our Father, Hail Mary