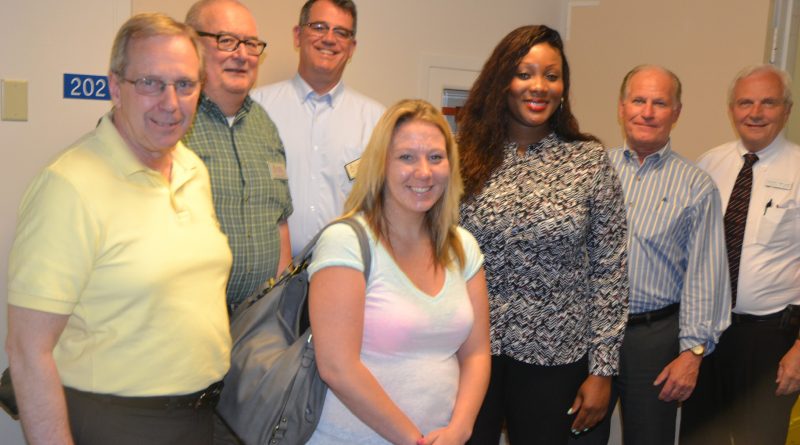 DUBUQUE — Representatives from a New Jersey diocese recently traveled halfway across the country to gain knowledge from their jail and prison ministry counterparts in the Archdiocese of Dubuque.

On Aug. 3, Deacon Jim Hallman, coordinator of Prison Ministry for the Diocese of Camden, and Kisanna Owens, director of the re-entry program for the diocese, visited Dubuque. They spoke with Deacons Bill Hickson and Jeff Harris, coordinator and assistant coordinator of Catholic Charities’ Jail and Prison Ministry in the Archdiocese of Dubuque, as well as several volunteers. They also attended drug court, a program for non-violent drug offenders who are given a chance to avoid prison, and a Circle of Support and Accountability, one of the key opportunities offered by Catholic Charities in the archdiocese to people returning to society after spending time in prison.

“We are here to learn as much as we can about the re-entry program and the Circles of Support and Accountability,” said Deacon Hallman.

In the Diocese of Camden, the Jail and Prison Ministry serves nine local facilities, three state and one federal. They offer Bible studies, RCIA and other pastoral support to inmates inside prison walls. Once people leave prison, Owens helps them re-integrate into the community.

“I assess their needs and help with employment and mentoring,” said Owens. “Our goal is to prevent recidivism.” Looking to expand its offering for people coming out of prison, representatives of the Diocese of Camden Prison Ministry were exposed to the Circles of Support and Accountability program while attending a regional conference in 2015.

The “circles” initiative involves volunteers meeting with a recently released person for group meetings on a regular basis. It has been present in the Archdiocese of Dubuque since about 2007. The Jail and Prison Ministry also provides volunteer mentors to work one-on-one with the recently released person. The aim is to help the former inmate overcome any issues that may prevent them from being successful in life after incarceration. In many cases, the circles and mentoring programs have been effective in preventing recidivism, according to Deacon Hickson. The coordinator was happy to have the visitors and hopeful they found the visit useful.

Currently, the Jail and Prison Ministry in the Archdiocese of Dubuque has about 200 volunteers and multiple Circles of Support and Accountability. The ministry also organizes programs inside local jails and prisons. In recent years it has expanded its presence in the western part of the diocese, with Deacon Harris assisting Deacon Hickson by overseeing activities in Waterloo, Marshalltown, Mason City and other points to the west of Dubuque.

Deacon Hallman and Owens are hoping to cultivate volunteers for a circles program of their own in the Diocese of Camden. The conversations they had over the course of the visit were helpful to all involved.

“To me, it’s a two-way street,” Deacon Harris told his counterparts from New Jersey during one of their meetings. “Even though you came to learn from us, we can learn from you.”

Catholic Charities’ Jail and Prison Ministry in the Archdiocese of Dubuque is always seeking volunteers for its Circles of Support and Accountability or other aspects of its programming. For information, please contact Deacon Hickson by phone at 563-588-0558 or via email at DBQCCCJPM@dbqarch.org.

PHOTO: (Back row, l to r): Deacon Bill Biver, Deacon Bill Hickson, Deacon Jeff Harris, Kisanna Owens, Deacon Jim Hallman and Deacon Tom Lang. (front row): Renee Anderson. Deacon Hallman and Owens of the Diocese of Camden met with these representatives from Catholic Charities’ Jail and Prison Ministry in the Archdiocese of Dubuque Aug. 3 to learn about re-entry programs such as the Circles of Support and Accountability. (Photo by Dan Russo/The Witness 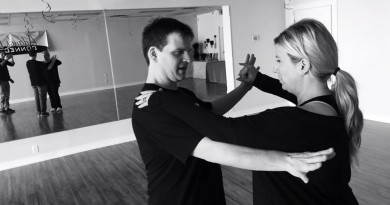 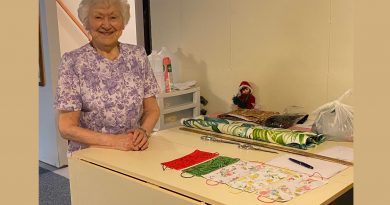