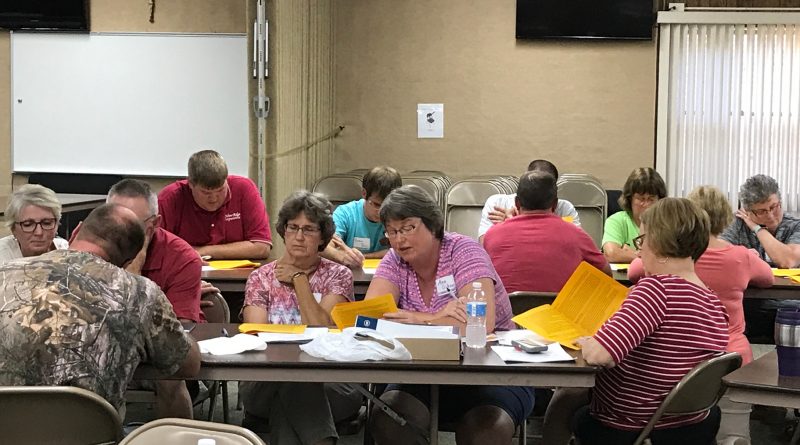 Five parishes are cooperating to form community of faith

EDGEWOOD — What is “church”? Is it a place to go to, a building made of brick and mortar? Or is church to be understood as something more?

The parishioners of the Emmaus Pastorate have been asked to consider what church means to them, and the conclusions they have come to over the past year have drawn them together and are helping them to form a new vibrant community of faith.

“We have gone through a process of reevaluating and then reframing how we look at church,” said Father John Haugen, Emmaus’ pastor. “The focus has been less on church as a place to go and more as church as a way of life. We often say here, ‘Don’t just go to church. Be church.’”

The Emmaus Pastorate was formed in the fall of 2016 after the linked parishes of St. Mark in Edgewood and St. Patrick in Colesburg, where Father Haugen had been pastor since 2014, were clustered with the already-linked parishes of St. Joseph in Elkader, St. Mary in Straw­berry Point and Sacred Heart in Volga.

Early in the clustering process, the parishes went about the task of picking a common name to identify their new pastorate. Father Haugen said he was excited about the name “Emmaus” when it was proposed as a possibility by parish staff.

“For one, it was biblical,” he said. “And it was also very aspirational, because it’s based on that idea of disciples journeying together, and Jesus revealing himself to them in the breaking of bread. It’s about community. It’s about being supportive to each other. And it’s about the Eucharist. So it captured exactly what we hoped to be about here.”

Father Haugen said the parishes of the Emmaus Pastorate have made the Eucharist and worship their primary focus as they’ve worked to build up their new faith community.

“The Eucharist is the center of our lives as Catholics,” he said, “so that becomes the centerpiece of all the transition.”

Father Haugen said worship at the parishes is planned in such a way that each liturgy is part of a larger segment with preaching themes that fit together over a period of time. The current theme, for example, is, “What does it mean to be a disciple?”

“The ideas and concepts that are covered are not fragmented but are part of an organic whole,” he said. “Everything else we do in worship — the introduction, the intercessions, the music — all support that and are all meant to help with formation and catechesis.”

In addition to the liturgy, Father Haugen said the other major focus at the Emmaus Pastorate over the past year has been parish leadership and taking steps to empower the laity.

“Very early on we began to meet with all five pastoral councils together. Instead of spending a lot of time on financial reports and committee reports, the lion’s share of the time has been spent in discussion and formation issues,” he said.

At council and committee meetings, members of the Emmaus Pastorate have looked at books and articles that explore such topics as parish revitalization, evangelization, discipleship, catechesis and parish strategic planning. They have been assigned readings and examined together how the material they’ve read applies to their own parishes’ realities.

Such meetings have also been opportunities for fellowship and building up friendships with parishioners from across the pastorate.

“These meetings have developed a strong sense of community between our parishes,” said Marsha Hauser, the pastoral minister at St. Mark and St. Patrick Parishes. “We recognize who folks are and know that we can go to them for ideas or information.”

Liturgical ministry has also been a point of community building, according to Theresa Breitbach, who is active in music ministry at St. Mary Parish in Strawberry Point.

“All liturgical ministers are trained the same across the five parishes,” she said, “so a person can jump in and help if they are needed when they are attending a church other than their own in the pastorate.”

Breitbach said she remembers how shortly after the Emmaus Pastorate was formed, the parish in Edgewood needed more singers for their choir for a holy day Mass. The parish reached out to choir members in Strawberry Point to have them help with the singing.

“They offered a warm welcome,” Breitbach reflected. “It was an opportunity to immediately start building relationships with others, and it made a difference.”

Hauser said hospitality in general has been an important feature that has helped to define the new pastorate as it has come together over the past year.

“When someone comes to Mass at one of our parishes, they’ll be met at the door with a smile and hello,” she said. “If it’s a visitor, we try to make a point of talking to them, making sure they’re comfortable and feel included. This is great for folks moving between parishes in our pastorate as well. We get a lot of compliments about how friendly our parishes are.”

Father Haugen said despite the good things happening at Emmaus, he recognizes that forming a new community of faith is never without its challenges, and he knows that the fear of change and fear of losing individual parish identity are genuine concerns people have had.

“We’re trying to face people’s fears together and look to where Christ is calling us in the future,” he reflected.

Father Haugen said instead of asking his parishes to give up their individual identities, he is encouraging the five communities of the pastorate, which he said are very different from each other, to use their distinct flavors and charisms to engage and serve the Catholics in the area in their own unique way.

“Our communities cover about 450 square miles,” he said. “I have challenged each parish council to find their own niche thing to build up the kingdom of God in this part of Iowa.”

Father Haugen said parishioners at all five of the parishes have made sacrifices over the last year, embracing new Mass schedules for example and being open to doing things differently than they’ve been done in the past.

“They’re making their decisions based on community and commitment over convenience,” he said.

Attendance is up in all five of the pastorate’s parishes, and Father Haugen said that among his flock, “Momentum is growing. There is an increasing sense of excitement.”

Breitbach said she hopes that what is happening at the Emmaus Pastorate might serve as encouragement to other parishes in the archdiocese.

“What we’re doing in our parishes is not a unique experiment, this is something others have had to do and are doing right now, too,” she said of the process of forming a new pastorate. “But we would like to be a witness to others of how this can be a good thing. We’re journeying together and looking ahead, and I’m filled with so much hope for our future.”

The parish councils of all five parishes of the Emmaus Pastorate are pictured above at a recent meeting. (Contributed photo) 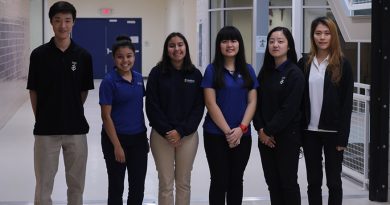 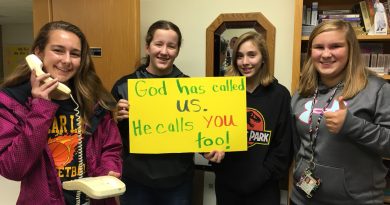 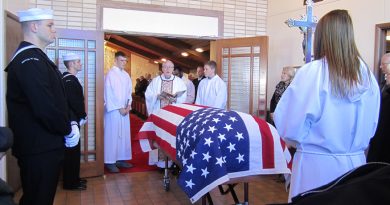