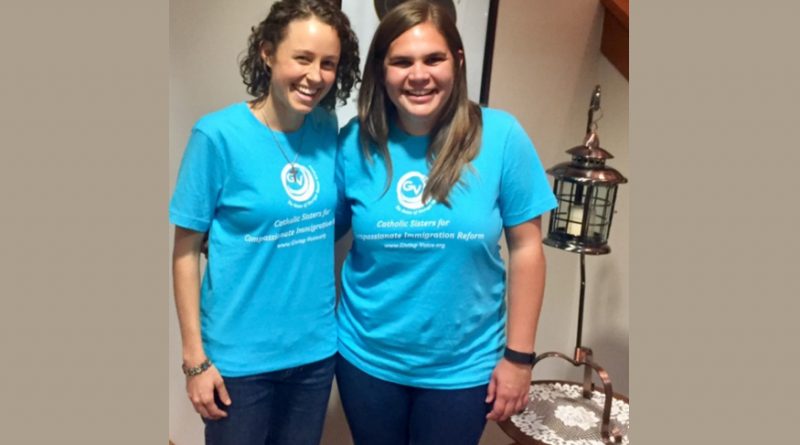 Event in solidarity with convergence at U.S./Mexico border

DUBUQUE — “You shall treat the alien who resides with you no differently than the natives born among you; have the same love for him as for yourself; for you too were once aliens in the land of Egypt.”

This reading from the Old Testament book of Leviticus was proclaimed at an immigration reform prayer service held Oct. 8 at the Sisters of the Presentation of the Blessed Virgin Mary (PBVM) motherhouse.

About 100 people gathered to pray for migrants with song, silence and Scripture. The prayer service was held in solidarity with the border converge which occurred from Oct. 7-10 in Nogales, Arizona, and Nogales, Mexico. The convergence aimed to “expose the root causes of immigration, end the U.S. intervention in the Americas, resist border militarization, and engage in non-violent direct action, education, art and culture.” More than six thousand migrants died along the Southwestern border of the United States between 1998 and 2014.

“Each candle represents seven million people, to represent a total of 42.4 million migrants in the U.S. in 2014,” said Sister Mary Therese.

The Dubuque prayer service was one of more than 25 gatherings held around the United States, said Sister Julia Walsh, FSPA, who was present at the border convergence.

Sisters Mary Therese, Christin and Julia are all part of Giving Voice, an inter-congregational and peer-led community of Catholic sisters under age 50.

According to Sister Mary Therese, immigration reform is important for Giving Voice sisters because “so many of us have personal stories of people impacted by immigration policies. We’ve seen the injustice that impacts the community and the church.”

“I am concerned about the over 27,000 children who have been detained at the border in the past year and helping families remain united. This is why I join the U.S. Catholic bishops in advocating for compassionate and comprehensive immigration reform,” said Sister Julia.

Aquilino Perez, 22, is a seminarian at Divine Word College in Epworth who shares the Giving Voice sisters’ concern for immigrants. Perez grew up in San Benito, Texas, just 10 minutes from the U.S.-Mexico border. He led the bilingual intercessions during Saturday’s prayer service.

Perez said, “I couldn’t imagine what some people have to go through to get here … these are people who need a voice. I’m learning what it took for people to come here and I’m finding myself privileged,” said Perez, who in addition to his studies at Divine Word College volunteers with immigrants at the Presentation Lantern Center.

“There is so much suffering and a loss of people’s dignity. If immigration (policy) isn’t dealt with properly … people could be gone overnight or be forced into hiding,” he added.

Sister Mary McCauley, BVM, was one of many women religious from the archdiocese who participated in the prayer service. In 2008 she accompanied hundreds of immigrant workers and their families who were impacted by an Immigration and Customs Enforcement (ICE) raid at a meat packing plant in Postville.

“We want comprehensive immigration reform. We don’t want legal status without a path to citizenship. We emphasize family unity. I am concerned about detention centers and raids that break up families,” said McCauley of her legislative advocacy efforts.

The prayer service included a reading from Matthew 25 as well as an excerpt from Pope Francis’ Feb. 18, 2016, homily at the U.S./Mexico border.

“The human tragedy that is forced migration is a global phenomenon today. The crisis which can be measured in numbers and statistics, we want instead to measure with names, stories, families … being faced with so many legal vacuums, they get caught up in a web that ensnares and also destroys the poorest,” said Pope Francis in the homily, one of his many statements calling for protection of migrants and refugees.

The passage from Pope Francis’ homily read at the prayer service concluded with this challenge: “No more death! No more exploitation! There is still time to change … time to implore the mercy of God.”

Miska is a member of the community of Dominican Sisters of Sinsinawa, Wisconsin, and is also a member of Giving Voice. 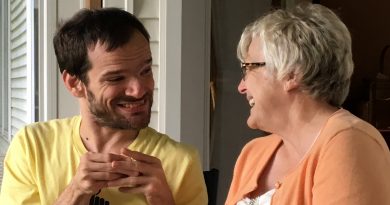 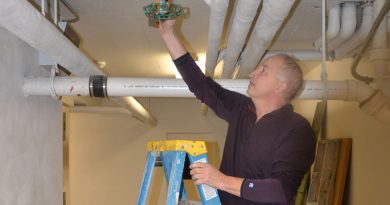