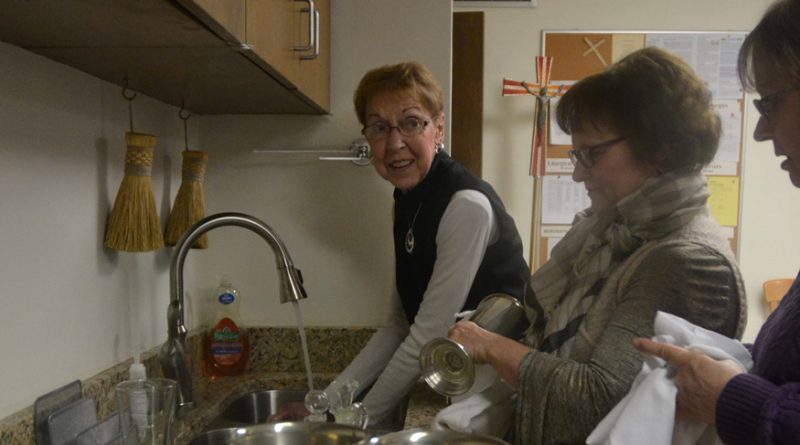 DUBUQUE — As influenza continues to grip the nation, churches across the country and around the archdiocese are taking steps to try to prevent the spread of the illness.

“We are currently in the midst of a very active flu season with much of the nation experiencing widespread and intense activity,” said Brenda Fitzgerald, director of the Centers for Disease Control and Prevention (CDC), in a briefing last month.

This flu season has been particularly severe because the dominant strain of the virus circulating is a type of influenza known as H3N2, and “in seasons where H3N2 is the main cause of influenza,” said Dan Jernigan, director of the CDC’s influenza division, in a Jan. 26 media statement, “we see more cases, more visits to the doctor, more hospitalizations, and more deaths.”

The major flu outbreak has prompted dioceses across the nation to implement prevention protocols, reported the Catholic News Service Feb. 2.

In the Diocese of El Paso, Texas, Patricia Fierro, the diocesan chancellor, sent a memo to all parishes requesting that clergy and others be extra careful to practice proper hygiene this flu season.

Meanwhile, Father Paul Tomasso, the vicar general and moderator of the curia in Rochester, New York, asked parishes in his diocese to regularly drain holy water fonts and clean them with disinfectants. The old holy water, he said, should be disposed of in a special sink known as a sacrarium.

In Portland, Maine, Bishop Robert Deeley advised parishioners in his diocese who are sick to stay away from church gatherings while they are still ill and reminded them that no one is obligated to attend Sunday Mass if sick.

Closer to home, Archbishop Michael Jackels sent a letter to the priests and parish life coordinators of the Archdiocese of Dubuque on Feb. 5, addressing the need to be mindful of this year’s flu epidemic and offering nearly a dozen recommendations they might use with the people they serve.

The archbishop recommended sick people stay home, but said if those who are ill still attend Mass, they “should consider the option of receiving Holy Communion in the hand, as well as refraining from receiving from the chalice.”

The archbishop said it was also permissible for a parish to decide to refrain from distributing Communion under both species during flu season, since “we receive the whole Body and Blood, Soul and Divinity of Christ in the Host.”

He also said parishioners should consider refraining from shaking hands while greeting each other before and after Mass and that the sign of peace should be exchanged without a handshake, or could be omitted altogether if a parish wished.

Archbishop Jackels also encouraged the faithful to “pray for people who are sick and suffering, that they receive the grace of healing.”

St. Ludmila Parish in Cedar Rapids is just one of the many parishes in the archdiocese that took the archbishop’s recommendations to heart.

Father Kenneth Glaser, St. Ludmila’s pastor, made an announcement at Mass on Sunday, Feb. 11 asking parishioners to please keep three things in mind for the remainder of flu season — they should not be offended if someone doesn’t want to shake their hand as a greeting or at the sign of peace; if someone has the flu or has had flu-like symptoms in the past week, they should not drink from the cup during Communion; and, for the time ­being, every­one in the parish should receive Communion in the hand.

The priest said he has witnessed some members of the parish take additional precautions. “I’ve seen a lot more people wearing masks to church than I’ve seen in other years,” he said.

The flu hit his parish the hardest earlier in the season, Father Glaser said, in December, and has now subsided to some degree. However, he said, the virus was still making its way through the parish’s staff this February.

In addition to having sick staff members, several parishes in the archdiocese have also seen their priests fall ill to influenza this year.

Father Noah Diehm, the pastor of the five parishes of the St. LaSalle Pastorate (Rickardsville, Balltown, Holy Cross, Luxemburg and Sherrill) came down with the flu earlier this month.

“I got sick while I was at Mundelein Seminary (Mundelein, Illinois) as part of my participation in the Institute for Priestly Formation’s Spiritual Direction Training Program, which Mundelein hosts,” Father Diehm recalled. “It was a gradual building up to it, first feeling like it was a sore throat and cold, but it gradually became worse with time.”

After returning to Iowa, Father Diehm went to the doctor and was diagnosed with influenza. He found a substitute priest to celebrate Masses for him at the pastorate and returned to work the following week, putting in half-days as he continued to recover his strength.

Father Diehm said he appreciated the archbishop’s recommendations on the topic of influenza and planned to think about what protocols his parishes would enact to try to stop the virus’ spread.

While influenza is always unpredictable, the CDC reports that most often the flu peaks during the month of February, though flu activity can linger as late as May.

Regarding this year’s flu epidemic, Father Glaser said, “Let’s just hope it gets over quickly,” a sentiment shared by priests and laypeople everywhere. 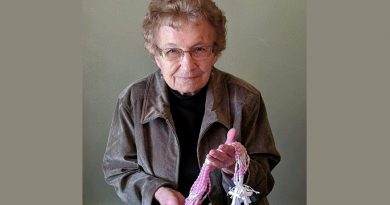