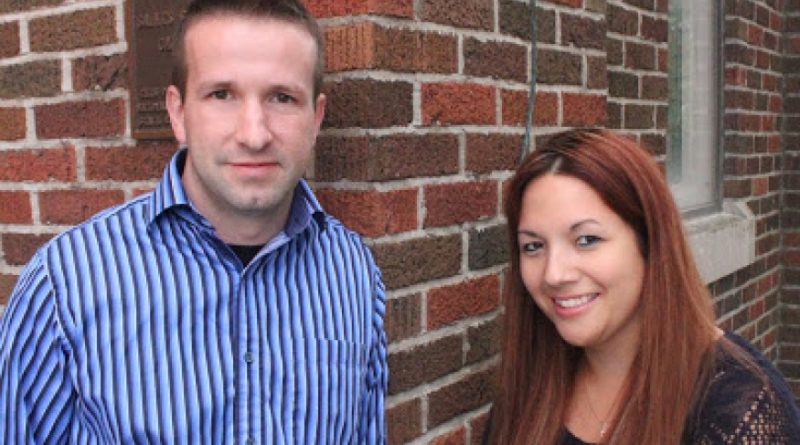 SOLON — Two years ago, musicians Alicia and Chuck Brock began looking at the lyrics of some of Christianity’s most familiar, traditional hymns and composed new music for them. The songs they created will soon appear on a 12-song album and can be previewed at a Feb. 25 performance at St. Raphael Cathedral in Dubuque.

The Brocks’ cathedral performance will be a combination of music, prayer and reflection, with the couple sharing some of the history and scriptural inspiration behind the hymns on their album. Their performance will begin at 6:30 p.m. and is free and open to the public.

Chuck and Alicia live in Solon and are the parents of three young sons. Alicia works for the Iowa City Community School District, while Chuck is the director of music and youth ministry at Solon’s St. Mary Parish. Both are natives of the Archdiocese of Dubuque.

“We both grew up in families involved in music ministry,” Alicia said. “Chuck grew up sitting next to his dad on the ­piano bench at church (Sacred Heart Parish, Maquoketa), and I grew up singing with my family for Mass at Resurrection Parish (Dubuque). We met in 2006 as members of the Newman Singers (at the University of Iowa) and have been making music together ever since.”

The album they are scheduled to record this March in Nashville, Tennessee – titled “How Great Thou Art” – will be the first they produce as husband and wife. The couple said they never initially set out to create an album together.

“It started with taking the lyrics from the poem used in the hymn “How Great Thou Art,” by Carl Gustav Boberg to write a song for a retreat we were helping lead,” Alicia remembered. “During the retreat, we discovered that people connected with the meaning of the lyrics in a new way.”

From there, the couple began to take a closer look at the prayers and poems other traditional hymns are based upon. They started writing new music for some of them, and the outcome was the creation of a number of original songs based on some of their favorite hymns, such as “Amazing Grace,” “Faith of Our Fathers” and “Immaculate Mary.”

In August of 2016, the Brocks were approached by Carrick Ministries, a Catholic non-profit ministry group that works with Catholic musicians to help them record and promote their music.

Though excited about the prospect of creating their own album, the Brocks said they were initially hesitant to say, “yes” because of their family and their careers. But ultimately they decided to take advantage of the opportunity in the hope that their music might inspire others.

“It is very humbling to know that God is using us to spread his message through music,” Alicia said.

Alicia and Chuck Brock, natives of the archdiocese, will perform at St. Raphael Cathedral to raise money for the recording of an album of Christian music in Nashville, Tennessee. (Photo courtesy of the Brock family) 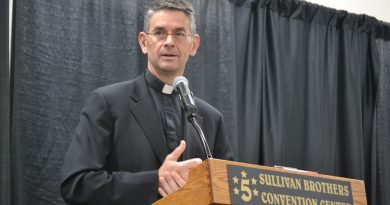 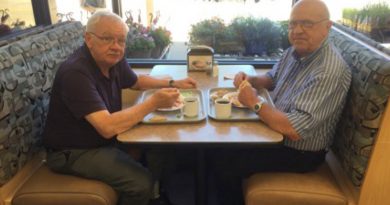 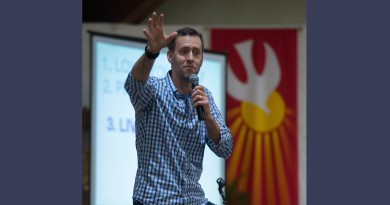