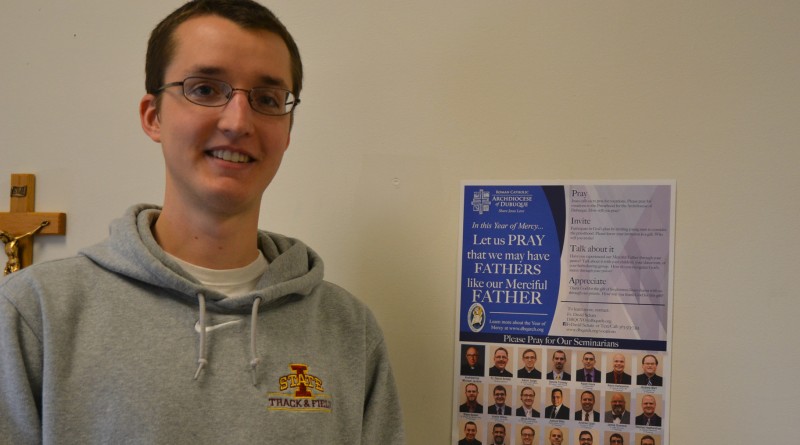 Getting to know one of the people who needs your prayers

DUBUQUE — On April 17, the Catholic Church will observe the World Day of Prayer for Vocations. Martin Coolidge, a sem­inarian for the Archdiocese of Du­buque now in pre-theology at the St. Pius X Seminary at Loras College, is one of the people who needs your prayers.

Coolidge began discerning the priesthood while studying at Iowa State University, where he was a part of St. Thomas Aquinas Church and Catholic Student Center. As a student, he brought the Eucharist to patients at a local hospital in Ames and was touched by the experience.

“I felt God calling me to the priesthood in prayer,” said Coolidge.

The native of Ft. Wayne, Indiana, lived in Elyria, Ohio, before moving to Iowa. A track and cross country athlete in college, Coolidge graduated with a degree in meteorology, but desired to continue to discern his call to the priesthood after working for a while. He has many years of spiritual formation and study ahead of him on his journey to ordination. He says he and his fellow seminarians are grateful for and ben­efit from the community’s prayers.

“Pray for courage and trust in God for anyone thinking about taking that step to enter seminary,” said Coolidge. “Trust that God will provide for them in their discernment. Pray for seminarians to have a deep love for Jesus. Everything flows from that.”

The World Day of Prayer for Vocations is now in its 53rd year, according to this year’s statement from the United States Conference of Catholic Bishops:

“The purpose of the World Day of Prayer for Vocations is to publically fulfill the Lord’s instruction to, ‘Pray the Lord of the harvest to send laborers into his harvest’ (Mt 9:38; Lk 10:2),” reads the statement. “As a climax to a prayer that is continually offered throughout the church, it affirms the primacy of faith and grace in all that concerns vocations to the priesthood and to the consecrated life.  While appreciating all vocations, the church concentrates its attention this day on vocations to the ordained ministries (priesthood and diac­on­ate), to the religious life in all its forms (male and female, contemplative and apostolic), to societies of apostolic life, to secular institutes in their diversity of services and membership, and to the missionary life, in the particular sense of mission ‘ad gentes.’”

For ideas on how to pray for vocations, visit worlddayofprayerforvocations.com.

Photo: Martin Coolidge is studying at St. Pius X Seminary at Loras College. He is pictured with a poster showing other seminarians of the archdiocese. (Photo by Dan Russo) 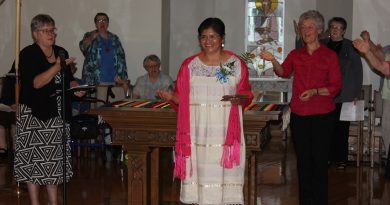 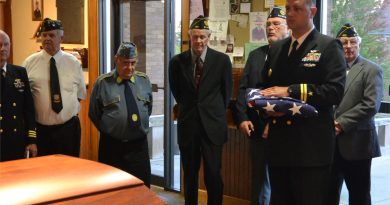 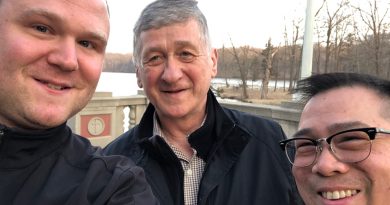