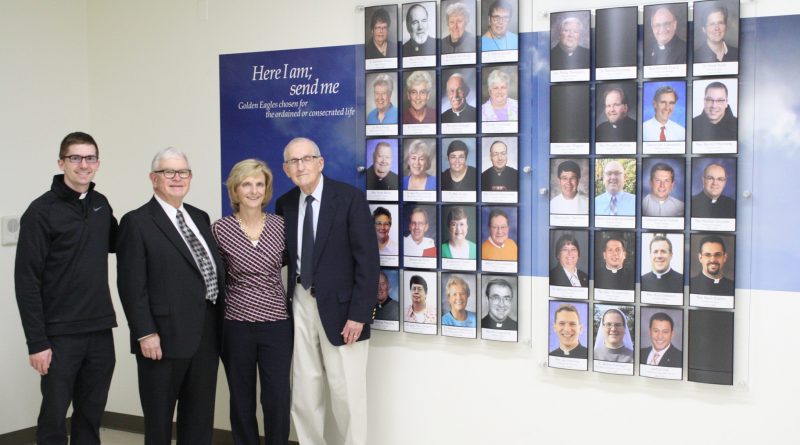 Grads who became religious, deacons  or priests are shown

DUBUQUE — It might be hard to imagine adult religious, priests or deacons in their teenage years, trying like any other student to get to class on time or find a place to sit at lunch, but it’s a fact that most were once in high school. For many, the seeds of fruitful vocations were planted during this critical period.

Across from the chapel at Wahlert Catholic High School in Dubuque, a new display highlights the reality that all those who have dedicated their lives to God through these vocations started somewhere.  The names and photographs of over 40 clergy and religious who have either attended or graduated from the school are prominently visible.

“We want to let students and people know there are a lot of vocations coming out of this school,” said Pat O’Neill, president of the Serra Club of Greater Dubuque.

This organization, named for St. Junipero Serra, encourages and supports vocations to the clergy and religious life. The club, through its members, raised over $3,000 to fund the new display, which O’Neill and his associates hope will inspire current Wahlert students to follow God’s call in their lives.

It took months of research to compile the information and photographs of all the sisters, brothers, priests and deacons to come out of Wahlert since the first class graduated in 1960. Much of this work was done by Carol Trueg, chief administrator of Holy Family Schools in Dubuque, which includes Wahlert. The display, which lists the people’s names and affiliations (religious order, diocese or archdiocese) along with their photos, was put in place in late May. There is enough room to add an additional 20 or so people, should the need arise.

Trueg is grateful to O’Neill and the other members of the Serra Club for sponsoring the initiative and she is hopeful there will be many names and faces added to the display in the future as more young people graduate and discern their callings.

“We have a really nice spirit here at Wahlert Catholic,” said Trueg. “(Faculty and staff) are doing a great job of talking to kids about vocations. We value people who give their lives for our faith.” 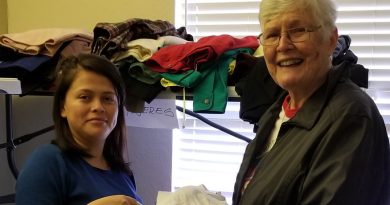