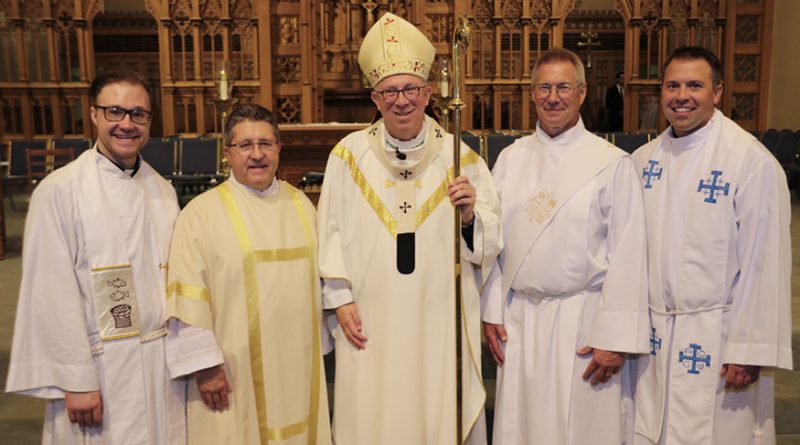 DUBUQUE — Being the parent of ­Father Jacob Rouse, Deacon Dan Rouse of St. Patrick Parish in Cedar Rapids, who was ordained with his class of 11 permanent deacons July 20 at the Cathedral of St. Raphael, has the distinction of being the second permanent deacon in the archdiocese whose son is a priest.

As the newest deacons underwent the sacrament recently, the presence of the Holy Spirit was palpable to many, including Deacon Rouse.

“The litany of the saints is always power­ful for me, but what was more powerful here for ordination was the laying on of hands – the bishop’s hands,” said ­Deacon Rouse. “Just imagining the hands of Christ. The hands were warm. They felt much larger than they really were. That really struck me. I wasn’t prepared for that … .”

The Rouse family, including Father Rouse; Deacon Dan’s wife, Jayne; and his other son, Joshua, said the ordination was a great bonding experience.

“It was a lot closer than anything we’ve done before, from setting up a tent camping or even Christmas morning,” said Father Rouse afterwards.

The Rouse parents encouraged sons Joshua and Jacob to follow whatever God’s call was in their lives. Jayne Rouse credited prayer for helping every family member to discern his or her vocation.

“I think it’s a lot of prayer and being in adoration,” she said. “We spend a lot of family time. We had an hour every week as a family, and now with the other (son Joshua) being a teacher at a Catholic school, it’s pretty powerful.”

(Left to right): Father Jacob Rouse, Deacon Dan Rouse, Archbishop Michael Jackels, Deacon Stan Upah and Father Andy Upah pose together after the permanent diaconate ordination. The Rouse and Upah families both have fathers who are deacons and sons who are priests. Deacon Rouse was ordained with his classmates July 20. (Photo by Deacon Jim Pfaffly) 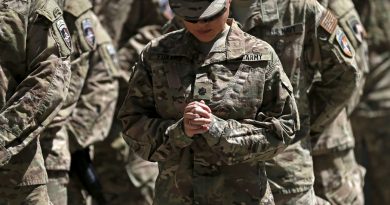 Retreat aims to aid veterans with spiritual healing after their service