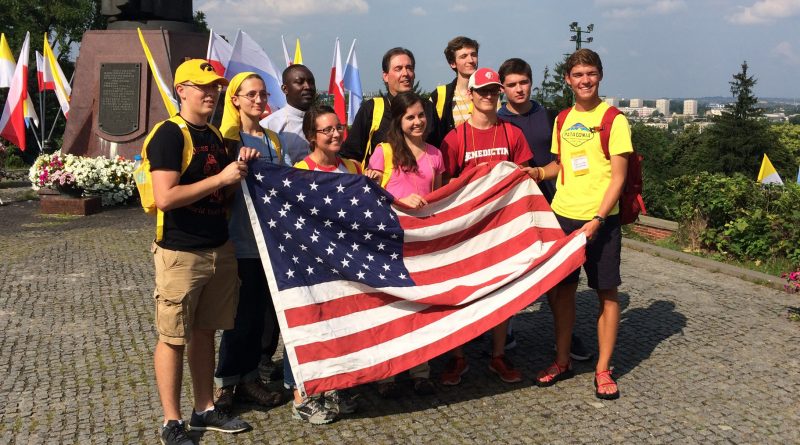 CEDAR RAPIDS — For Jacob Francois, a 19-year-old seminarian for the Archdiocese of Dubuque, attending World Youth Day 2016 offered him the chance to have a spiritual adventure that brought him closer to God through a visit to the homeland of the saint he admires most, Pope John Paul II.

“My favorite moment was at the shrine of the Black Madonna,” said the young man, currently a student at St. Pius X Sem­inary at Loras College in Dubuque. “It was so cool to see the image that all of Poland thinks of the blessed mother. That image of Mary is what the Poles fought for during all of the wars and hardships that they have been through. The Poles understand Mary more than any other group of people, I guess that is where John Paul II got his great devotion to her.”

Francois and his brother Jonathan were part of a group of two priests and eight lay pilgrims from the Archdiocese of Dubuque and the Diocese of Davenport that joined forces for a trip to World Youth Day 2016 in Krakow, Poland.

The event, typically held every three years in a different country, took place July 25-31 and featured a visit by Pope Francis. During the week, thousands of young Catholics ages 16-35 from all over the world came together to pray, learn about their faith and experience Poland’s history and culture.

The journey was spearheaded by Father Ivan Nienhaus, pastor of St. Patrick Parish in Cedar Rapids, who said the experience was inspirational.

“One of the things is just to see the young people in the world on fire for Jesus. If we could translate that (to our parishes), we could renew our parishes,” said the priest. “One of the greatest gifts of World Youth Day is many people who attend go on to be priests or religious. It’s a transforming moment. It was so incredible to see all the young priests and young women religious.”

Father Francis Odoom, a priest in residence at Our Lady of the Rosary Parish in Lost Nation, Iowa, also came, along with three others from St. Mary of the Visitation Parish in Iowa City. The group saw several holy sites, including a monastery that is home to the Black Madonna, an icon which some believe was painted by St. Luke the Evanglist, and was later moved to Poland. The item has played a significant role in the nation’s spiritual history for the last 600 years.

The group also attended a Stations of the Cross prayer service with the pope, took part in catechetical sessions with English speaking bishops from around the world, and was part of the closing Mass with the pontiff.

“The spirit was different in that you could feel the faith in the people and the culture,” said Soukup. “I wanted to go to Poland to see the unique Catholic culture that exists in Poland.”

The Iowans got to experience that culture first hand by living with Polish host families in a city about 20 kilometers  away from Krakow. Sharing meals and speaking with these people was one of the highlights of a trip which had many powerful moments, according to Soukup.

“It’s a truly unique experience,” she said. “I don’t think there’s anywhere else you can have that many young Catholics gathered together.”

Early on, the group used a van to get around, and later relied on public transit. The routes into Krakow were closed to vehicles, so the group did a lot of walking.

Bethany Teets, 18, was one of three pilgrims from St. Mary’s in Iowa City. The college student described herself as a “cradle Catholic” who was thrilled at “being in the crowds of people and seeing all the different flags and languages.”

Teets, along with the group, enjoyed  pierogis, which are a popular Polish food. She is still processing the experiences, which involved gaining a sense of belonging to a huge worldwide Catholic community. This feeling was especially palpable the evening before the closing of World Youth Day, according to the pilgrim.

“There’s nothing like spending a night in a field with at least two million people,” she said. 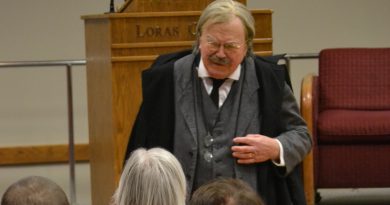 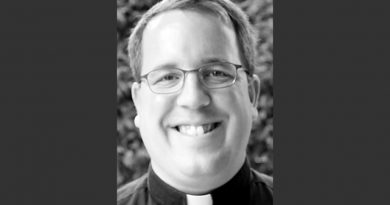