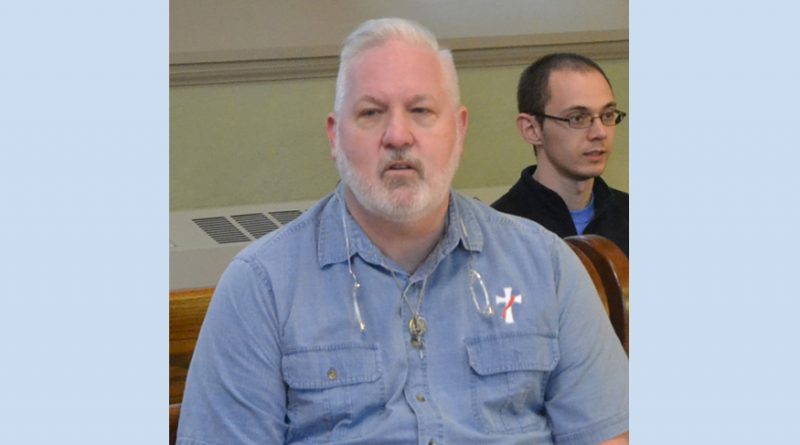 Around the Archdiocese Vocations
May 7, 2020 Jill Kruse-Domeyer

Deacon Sean Smith to be ordained in Dubuque May 9

DUBUQUE — Deacon Sean Smith, soon to be Father Smith, walked an unusual path on his journey to the priesthood and will be the first in his class to receive the sacrament of Holy Orders in a very unusual year.

“It has been an especially difficult time for the people of God because of the coronavirus,” said Deacon Smith, as he reflected on his ordination, scheduled for May 9. “What I most want people to know is that I will do whatever I can, with the grace of God, to bring healing and hope and restoration to our community that has been separated for so long.”

This month, instead of having two large gatherings at the Cathedral of St. Raphael to celebrate the ordination Masses of priests and transitional deacons for the Archdiocese of Dubuque, there will be multiple small gatherings. Archbishop Michael Jackels will preside over ordinations for each candidate individually at liturgies that are closed to the general public.

Deacon Smith, 55, is one of three entering the priesthood in 2020. He may be familiar to some regular viewers of the archbishop’s livestreamed Masses, which are broadcast every Sunday on the archdiocesan website or from the Holy Hours he has prayed with his fellow seminarians, which have been featured live on the archdio­cesan Facebook page. Since the pandemic began, the deacon has used his experience from his former job as an information technology professional to participate in the church’s effort to reach out to people staying at home.

“For the past five months I have been praying the Divine Mercy Chaplet every day, that God’s abundant mercy would flow over the people I will be serving,” said Deacon Smith. “I was praying before I even knew the assignment or the parishes!  And now that I know, my prayer has been even more intentional for each of the parishes and all of the people!”

“I’ve also been communicating with the current pastor, Very Rev. John Moser, to learn about the people and the parishes and preparing to continue the good work already taking place,” said the deacon.

Born in the Bronx, N.Y., Deacon Smith grew up in Michigan and lived in Ohio, North Carolina and Texas before transferring with the company he worked for to eastern Iowa in 1993. He came to Iowa with his wife, Sara, with whom he raised children Duane, Ryan and Felicia. The couple was married for 30 years before Sara died in 2016 following a three-year battle with breast cancer.

Before his wife died, once the couple knew she would not recover, Deacon Smith talked with Sara about the possibility of becoming  a priest. Both she and his adult children were supportive.

Deacon Smith left his job at Rockwell Collins in Cedar Rapids to enter seminary in 2018. Because of his years of study and experience as a deacon, his preparation for the priesthood was not typical. Instead of a six to eight year process of study and formation, he was able to complete the program in about two years. Over that time, he has bonded with his fellow seminarians, despite the age gap.

“One of the highlights (of formation) was just having the opportunity to share in the excitement with the nearly 40 men in our class at Mundelein Seminary,” he said. “These are men that will be ordained priests for dioceses all over the country, and it was powerful to experience all of the prayer and energy of these  men wanting to share the love of Jesus Christ with others!  And most special was getting to spend that time with the other Dubuque seminarians preparing to be ordained priests, Deacon Nick Radloff and Deacon Joseph Sevcik.”

Deacon Smith pursued the priesthood because he believes God called him to it. Although he may be starting off his ministry at a different stage in life compared to most, he is hopeful his experiences having a secular career and having lived the vocation of marriage will help him as a priest.

This year’s candidates for priestly ordi­nation are beginning their service in a time of uncertainty for everyone because of COVID-19. Nonetheless, Deacon Smith says he is happy to take on the challenge.

“I’m feeling excited but also very much at peace,” he said. “This has been an interesting journey; one that continues to be filled with the presence of God.  I have experienced the prayer and support of so many people, and it is impossible to express what a gift that has been!  Ordination is a milestone in one sense, but what is most exciting is that it is really just the beginning!”

Although in person attendance is restricted at this year’s ordination Masses, they will all be livestreamed at dbqarch.org.

Deacon Sean Smith praying with other seminarians for the Archdiocese of Dubuque in March. (Witness photo by Dan Russo) 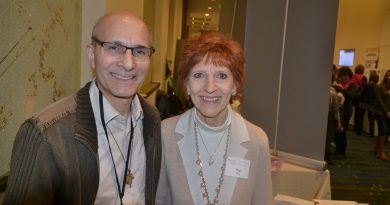