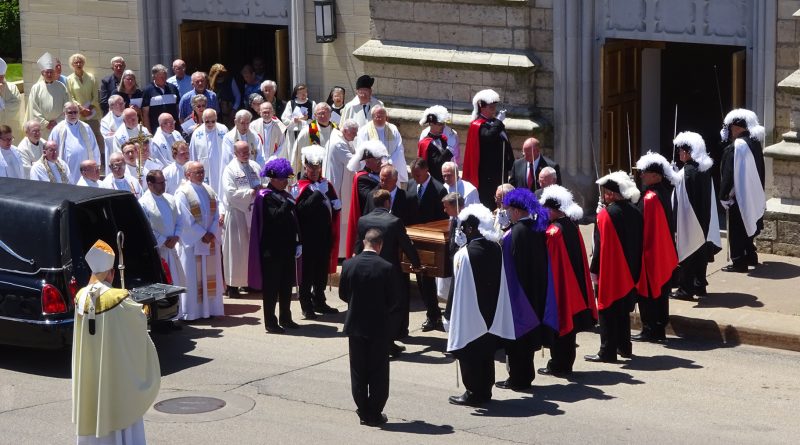 DUBUQUE — Archbishop Emeritus Daniel W. Kucera, OSB, the tenth bishop and eighth archbishop of Dubuque (1984-1995),  would have been satisfied spending his life in front of a classroom, but God had other plans.

“Part of my desire to become a Benedictine and a priest was to be an academic person,” he reflected in a 2014 interview with The Witness on the occasion of his 65th anniversary of ordination to the priesthood. “I’d be perfectly happy teaching history.”

As his life unfolded, the monk, priest and eventual leader of an abbey, a university and two Catholic dioceses, grew in appreciation for Jesus’ words from St. John’s Gospel.

“It was not you who chose me, but I who chose you to go forth and bear fruit,” he said. “Whatever our calling in life is, marriage, religious life, priesthood, I came to realize it’s God’s choice, not ours. I often thought to myself, why am I a priest? GOD CHOSE ME.”

“Sure, God wanted me to do the work of a priest,” he continued. “I did it very well those first years because I wanted to be successful. It took a while after ordination for me to realize that doing the work of a priest is not what Jesus called us to do first and foremost. It was to be his presence in the world, to bring his body and blood to the altar at Mass — to be Christ to the world, to be part of the Mystical Body of Christ.”

Archbishop Kucera, 94, died May 30 at Stonehill Care Center in Dubuque. (A full biography is here.) On June 6, friends, family and colleagues gathered at a funeral Mass at St. Raphael Cathedral concelebrated by Archbishop Michael Jackels, Archbishop Emeritus Jerome Hanus, OSB, and many other clergy. Afterwards, traffic stopped on Second and Bluff streets as bishops, priests and other mourners lined the intersection while singing “Salve Regina,” a Latin hymn to the Blessed Mother. The archbishop’s casket was carefully led to a waiting car to be transported for burial at St. Procopius Abbey in Lisle, Illinois.

In his homily, Msgr. Thomas Toale, the current vicar for the archdiocese, spoke of his experiences with Archbishop Kucera, who appointed him superintendent of Catholic schools in the 1980s.

The homilist reflected that Archbishop Kucera’s life could be summarized through three key roles he had — that of an educator, an administrator and a priest.

Sister Francine Quillin, PBVM, a canon lawyer, served as the first female director of the Archdiocesan Tribunal in the late 1980s and early 1990s. She  remembered that as an administrator, the archbishop allowed those who served under him to do their jobs independently, but was willing to step in to solve problems when necessary.

“It was unusual to have female canon lawyers at that time,” recalled Sister Francine. “He didn’t have any hesitation about that. I liked him and I thought he was open when things came up that needed to be addressed.”

Brendan Quann served as attorney for the archdiocese for many years. Archbishop Kucera initiated many changes during his time, which Quann helped enact, including a new administrative structure involving three regions led by episcopal vicars, the creation of the archbishop’s cabinet to coordinate the running of the archdiocese, expansion of the pastoral council, and the publication of one of the first sexual misconduct policies in the nation.

“I always thought he was a straight shooter,” said Quann. “(Archbishop Kucera) was firm, but fair. It was a time in the archdiocese that needed a firm hand. He was pretty direct. He didn’t show favoritism. After he retired, we got to know him better. I saw a different side of him … I think his ministry at Stonehill, it showed the tender side of him.”

As an educator, Archbishop Kucera made fundraising for the education development fund of the archdiocese a priority. He supported communication efforts, including a collaborative TV series with the Iowa and Omaha dioceses. He funded a modest video production studio and was featured himself in videos about new archdiocesan programs.

“Archbishop Kucera could be quite fiery at times, but I think he will be remembered for the many times he apologized later,” remembered Sister Carol Hoverman, OSF, former archdiocesan communication director and Witness editor. “Also at Pastoral Center gatherings he frequently said to the archdiocesan staff, ‘You make me look good!’”

After retiring, Archbishop Kucera moved outside of the archdiocese for several years, before returning. In 2011, a fall caused a break in his spine that made him unable to walk. It was necessary for him to move into Stonehill for rehabilitation and care, a challenge that caused him to express his famous “short fuse.” He later apologized in a letter published in The Witness.

“I pray for forgiveness from all for any hurt I may have caused and  I hope to be of help to Stonehill to give spiritual assistance to their wonderful and healing work,” he wrote.

In his final years at Stonehill, Archbishop Kucera used his talents as a priest and pastor, an endeavor that gave him new vitality and joy.

“He went to Stonehill kicking and screaming,” recalled Connie Hardie. “He was not happy about it.”

Connie and her husband, Stephen, got to know the archbishop through his work with the Equestrian Order of the Holy Sepulchre of Jerusalem, and other philanthropy efforts. They established a practice of praying the rosary with him during weekly Monday visits from 2012 until his death. During the meetings, the archbishop took time to answer their questions on faith and other matters.

“He really had an opportunity to teach people,” said Hardie. “I’ll remember his great light and great sense of humor, sharp intelligence.”

Msgr. Toale recounted how the archbishop would act as an unofficial chaplain at Stonehill, giving orders to staff to wake him at anytime should the dying need the sacrament of anointing of the sick.

“In his weakness, he became a tremendous pastor,” said Msgr. Toale in his homily. “(Archbishop Kucera) really came into his own when he became a pastor. He became very comfortable at Stonehill as Father Daniel.”

In the 2014 interview, Archbishop Kucera expressed gratitude for how God worked in his life.

“A merciful God used my faults, my ambition, my pride, my desire to succeed for his own purposes,” said the archbishop. “He changed me from a man who could have been making money in the world into a man working for him. It’s a miracle that God chose me.” 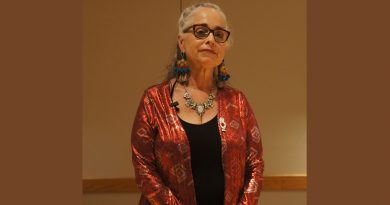 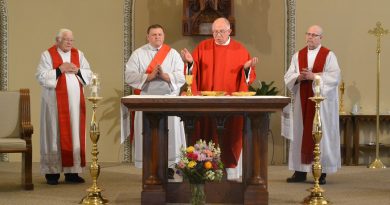