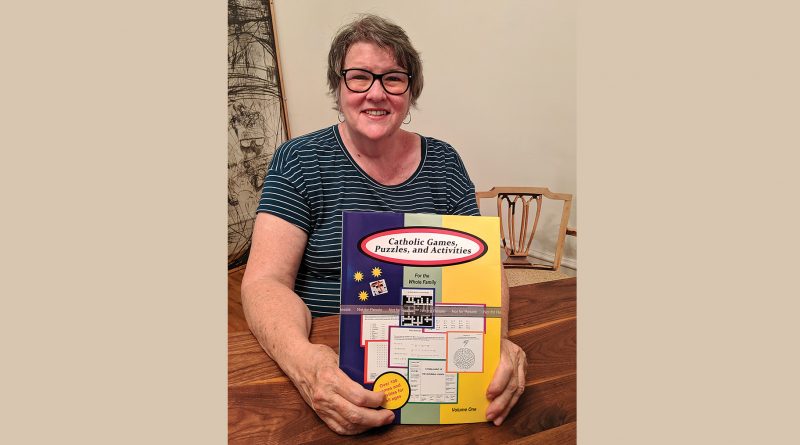 LOUISVILLE, Ky. (CNS) — After her mother died in 1990, Missy Bartlett, a Louisville theology teacher and lover of puzzles, came across her mother’s homemade crossword puzzles.

“My mom was disabled with rheumatoid arthritis and spent a long time in a wheelchair. As a hobby, she decided to make crossword puzzles herself,” Bartlett said in a phone interview with The Record, newspaper of the Archdiocese of Louisville.

Discovering her mother’s collection of puzzles inspired Bartlett to give puzzle-making a try. And since her expertise was in theology, she decided to center her puzzles on that theme.

For the last 20 years, her crossword puzzles have challenged The Record’s puzzlers every week. Her puzzles also are published in Catholic newspapers across the nation and internationally, including in Canada and Singapore.

Before she created word puzzles, Bartlett was well into her teaching career. She’s been teaching theology in Catholic schools in Louisville for more than 40 years.

She began her career at Angela Merici High School and then taught at Sacred Heart Academy for 20 years. She briefly left to teach at DeSales and St. Xavier high schools. She returned to Sacred Heart six years ago. She also teaches courses at Catholic-run Spalding University in Louisville.

As she ventured into puzzle-making, she learned the craft from scratch.

“When I first started I did it by hand and that took forever,” she said with a chuckle.

She quickly moved her operation to a computer program and developed her own crossword dictionary of theology terms. She plugs in the clues and the program makes them fit. She carefully reviews and edits each one to ensure the puzzle’s accuracy.

She considers puzzle-making part of her ministry as a Catholic educator.

“I see it as being a way to teach people, to remind people of what they learned in a fun way,” she said.

Bartlett said she listened when Pope Francis encouraged Catholics to proclaim the faith beyond the normal avenues.

“It’s that idea to use all means to evangelize I took to heart,” she said.

Some of her clues include doctrine or rules of the church, others are pop culture references to the church. Bartlett also likes to include trivia involving saints and other church figures.

“I get inspiration all throughout the day. I’m always looking for something,” she said.

In addition to crossword puzzles, she has created word-games books, including compilations of crosswords and word searches.

She considers her business venture — Word Games for Catholics — as a way to honor her mother, Flora McLaughlin.

“I do it because I think of my mother. She loved crossword puzzles and she was stuck in her wheelchair, in her house,” she said.

Bartlett said she hopes her puzzles are a source of entertainment for people.

“It gives people some entertaining way to learn about their faith or to practice what they know,” she said.

And for those who are intimidated by crossword puzzles, including this reporter, Bartlett recommends practice.

“It’s not necessarily about having an extensive vocabulary. Most words I use are not unusual. You just need to practice, to get a feel for the clues,” she said.

Bartlett has three grown children and three grandchildren. She is a parishioner of St. Frances of Rome Church.

Editor’s Note: The website for Word Games for Catholics is www.wordgamesforcatholics.com.

Cover image: Missy Bartlett poses with a Catholic puzzle book in her Louisville, Ky., home, in this June 28, 2020 photo. Bartlett’s puzzles are also published in Catholic newspapers across the nation and internationally. (CNS photo/courtesy The Record)

Applications being accepted for the permanent diaconate 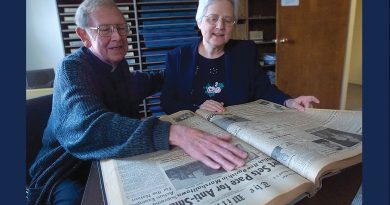