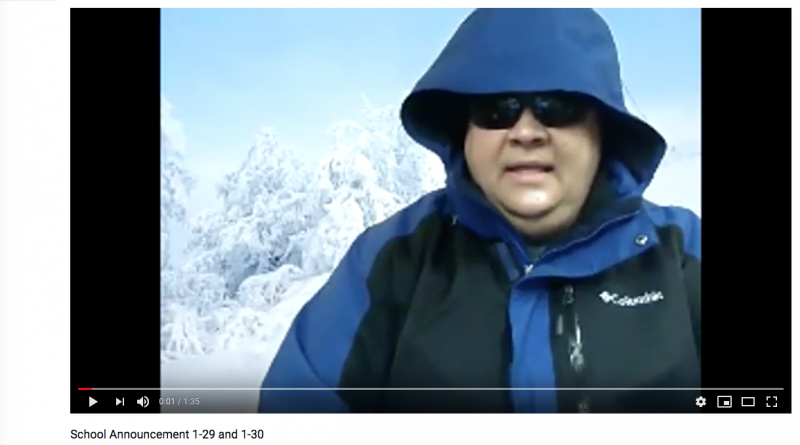 Uncategorized
January 31, 2019February 1, 2019 Dan Russo
By Dan Russo
Witness Editor
DUBUQUE — Catholic Schools Week 2019 featured some wild weather, including snow and record breaking subzero temperatures that created dangerous climatic conditions.
Most schools in the Archdiocese of Dubuque had four “snow days” between Jan. 27-31. (Catholic Schools Week this year is from Jan. 27 – Feb. 2.)
Several principals got very creative with how they announced the school closings, even making toe-tapping music videos in some cases.
“The CSW (Catholic Schools Week) weather was frightful but these videos were delightful,” said Archdiocesan Superintendent of Schools Kim Hermsen.
Principal Beth Globokar of Regis Catholic Middle School in Cedar Rapids reworked the lyrics of the classic Vanilla Ice hit “Ice Ice Baby” for a social media post telling her students they’d be off Tuesday and Wednesday. Snow shovel in hand, she displayed her ability to “flow like a snow plow daily and nightly.”
Principal Geoff Kaiser of Marquette Catholic High School in Bellevue reminded his audience of all the positive aspects of being home because of inclement weather when informing the community of the Jan. 28 school closing. The list he ran down in a rap included  curling up with a good book and learning a casserole recipe.
“‘Iowa grows’ is our whole state slogan, but the deep freeze that we’re in has put us in slow motion,” he quipped.
After offering a song parody of Foreigner’s  1977 classic “Cold As Ice,” Principal Marcel Kielkucki of Beckman Catholic High School in Dyersville capped off his message for Jan. 29-30 on a more serious note.
“Please pray for those who work outside in the cold these next couple of days, especially our farmers and their livestock,” he said.
Here are links to some of the videos:

Cover photo: Principal Marcel Kielkucki of Beckman Catholic High School in Dyersville is show during a  video snow day announcement  that was posted during Catholic Schools Week. It featured a parody of the song “Cold As Ice.” 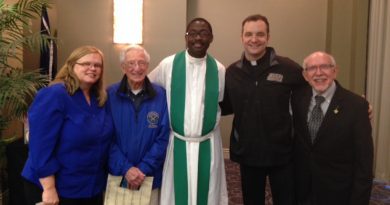 First ever CEW for deaf to be held in October

The sixth spiritual work of mercy: ‘comfort the afflicted’ 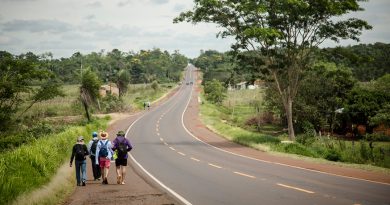