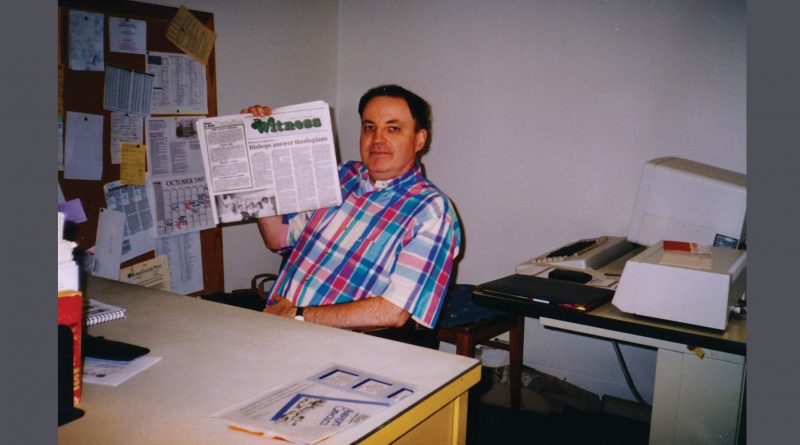 We all need a good friend. It’s always difficult when we lose one.

Over the years, I collaborated on many stories with an old friend who’s been a vital link throughout the archdiocese. In addition to the stories, there were obituaries, wedding anniversaries, news briefs, parish festivals, fish fries, retreats, campus notes, Christmas memories, TEC photos, jubilees of priests and nuns, and much more.

My friend, of course, is The Witness, the archdiocesan newspaper that’s approaching its final issue. It employed me for roughly one-fourth of its 99-year history. My employment lasted 24 years, 1990 through 2014, under two different editors, both with their own management style. The first 12 years were under the late Msgr. Thomas J. Ralph, and the remaining 12 under the late Sister Carol Hoverman, OSF.

Under their leadership, The Witness kept improving, upgrading, and evolving. I’m indebted to both editors; one for hiring me, the other for retaining me.

Both editors were well aware of the importance of advertisers and subscribers, always keeping an eye on “the bottom line.” Circulation was always a concern as the numbers dwindled a little more with each passing year.

The quality of our newspaper and its eye appeal have improved dramatically over the decades with advances in technology. When I first started in 1990, we were using something called “compugraphics,” including a now outdated “paste up” method, to lay out publication pages on light tables. In short, we would print out proof sheets and guide them through a machine that applied a wax adhesive, then paste these “gallies” onto the page. The pages were then photographed using a large camera to create a same-size film negative.

Msgr. Ralph, or a designee, would then hand deliver these pages and negatives to the Telegraph Herald each Wednesday afternoon for publication.

By the late 1990s, The Witness did away with paste up, eliminating our exacto knives, pica poles, waxer, and light tables. We switched to desktop publishing software that allowed us to design pages completely on our computers. Our software was QuarkXPress and later InDesign.

Adjusting to a new system always meant a sharp, stressful learning curve lasting several weeks before we gradually settled back into a more comfortable work routine.

Another major transition was converting from a broad-sheet format to a tabloid-size format in 2008. The Telegraph Herald’s Brian Cooper and Mike Day made regular visits to The Witness office to hold our hands through this whole process.

In recent years, Bret Fear, the production manager, has transferred everything electronically to the publisher, Woodward Printing Service, in Platteville, Wis. He has worked for The Witness for 34 years. Yes, over three decades, one-third of the newspaper’s existence!!

In addition to Bret, I’ve had many other good, long-term co-workers over the years; too many to list by name here. Many of them have passed away in recent years, no longer present to observe our paper’s closing. Being a small staff, the office had a family-like atmosphere and we learned to adapt to each one’s unique work style and way of doing things.

What were some of the major stories during this period?

Mixed emotions always surface when a company folds up, especially one that’s close to your heart. Generally speaking, in recent years, the newspaper industry has faced slumping advertising sales and significant drops in circulation.

Unfortunately, the deadly coronavirus has only compounded this struggle, adding The Witness to its casuality count. Readers should understand that the shutting down of our archdiocesan paper is part of a cultural phenomenon, and is in no way a failure on the part of staff. The staff all did outstanding work!

Go ahead now; carefully put our paper to bed one last time while sensing the spiritual presence of past and present advertisers, subscribers, and staff. As a group, let’s respectfully mourn this historic passing. We’ll all certainly miss our old friend. Group hug!

Cover image: Steve McMahon, staff writer at The Witness for 24 years, 1990-2014, is shown above holding a copy of the finished newspaper. (Photo submitted by Steve McMahon) 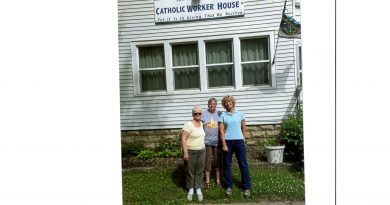 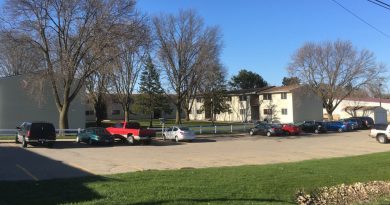 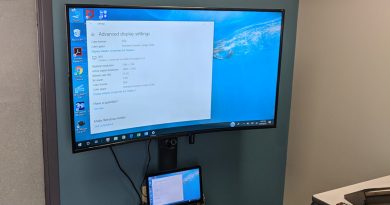