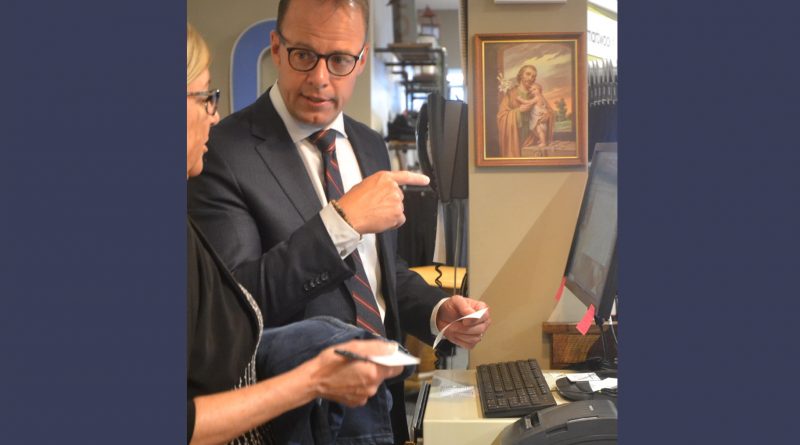 DUBUQUE — The ongoing coronavirus pandemic and government lockdowns have created inconveniencies for everyone in the archdiocese, but local owners of small businesses have perhaps suffered the most risk to their livelihoods. Although there has been an increase in COVID-19 cases recently, thanks to recent reopenings, many of them are starting to get back on their feet.

For Ben Graham, member of St. Columbkille parish in Dubuque and owner of Graham’s Style Store for Men and Women, the entire shutdown has been a trial since he was ordered to close on March 10.

“It was really hard to be declared a nonessential element of the community,” said Graham. “Psychology, you need to pick yourself up a bit. During the shutdown, we were looking for grant money and opportunities to get relief and low interest loans. It made you very restless. We had to figure out how we were going to live in the shutdown world.”

In spite of the difficulties, Graham’s was still able to use the crisis as an opportunity to improve the tools they still had.

“Our social media campaigns had a very captive audience because people have loads of free time. We rebooted our website from informational and anecdotal to also being a platform to sell our merchandise online. We also created a backchannel eBay store with seasonal merchandise left over from last season.”

With his family business having been passed down for generations, Graham also commented on the level of responsibility he feels to keep the store going, as well as how grateful he is for the support of the church community. Every day, he works in a building that was dedicated to St. Joseph by his parents and grandparents. A plaque on the wall outside, placed in 1971, commemorates this. An image of St. Joseph holding Jesus as a child hangs by the cash register inside — another daily reminder of faith and family.

“The torch has been passed and I have to keep it lit,” he said. “It would have been really hard to leave my employees. We were fortunate that we were all taken care of. There was a sense of community through it all. There were always people giving you that wink and nudge saying ‘you did it really well’ and that was the Holy Spirit working though all of us to not give up and get discouraged. It was the Lord at work.”

The Dubuque Religious Center is another family business based in Dubuque that has been selling liturgical supplies and other faith-related items to churches and individuals for generations. Tim Sullivan, the owner, works in his retail space in the downtown area, not far from Graham’s Style Store. The Religious Center has remained open throughout the pandemic. Speaking to The Witness in early May, at a point where health safety restrictions nationwide were intensifying and a many churches in the country suspended in person services, Sullivan reported a drastic drop in revenue.

“Our business is down 98 percent,” he said during the first week of May.

Public Masses were suspended, meaning a reduction in sales of hosts, wine and other items.

It’s affecting everyone,” said Sullivan. “We have suppliers in other states who are all impacted.”

Public Masses resumed May 30-31 in the archdiocese, but before that, Sullivan was among the many small business owners who were in the process of applying for help through the Paycheck Protection Program (PPP).

As part of the U.S. Coronavirus Aid Relief and Economic Security (CARES) Act and subsequent legislation passed by congress, officials allocated billions of dollars in loans intended to aid business owners and workers. The loans are forgiven as long as employers keep paying employees for the period covered in the loans’ terms. Aside from for-profit small businesses, many non-profit Catholic parishes, schools and organizations across the country also applied for and received PPP loans.

“Both organizations have abided by the guidelines of the program and have kept people employed during the COVID-19 pandemic,” reads the statement. “A number of local parishes also received funds that were used to keep church and school employees on payroll, aiding local economies throughout the 30 counties of the archdiocese during the early months of the pandemic.”

When reflecting on the PPP, Rick Runde, Archdiocesan Finance Officer said, “We recognized that in these unprecedented times the government was going to offer assistance one way or another; either through these loans or through relief for those who have become unemployed. The Paycheck Protection Program allowed Catholic entities throughout the archdiocese to retain employees on their payroll that may have otherwise been lost to unemployment.”

Archbishop Michael Jackels asks the faithful of the archdiocese to, “Continue praying for an end to the pandemic, for those who have lost their lives due to the virus, and for those who are suffering, including those who now seek employment and need financial assistance.”

While retail stores have been facing one set of challenges, private medical practices have been facing other ones even more closely related to ensuring the health of all involved. Jason Putz of Physical Therapy Solutions in Dyersville, and a member of the Basilica of St. Francis Xavier, recounted the stagnation his business went through and the precautions they had to take.

“We always cleaned and disinfected our equipment and office, but when it all started, it got us all even more alert to do it even more efficiently,” said Putz. “Our business status in general just went down because people were afraid to come out publicly. We were pretty slow for six to eight weeks, but we’ve been slowly picking back up. Now everyone comes in to get their temperature checked. They all wear a mask, we just are trying to reduce exposure to both our employees and clients.”

Putz has been relying on the latest science as he continues to navigate his business through the pandemic.

“We are doing what the scientists are telling us to do,” he said. “I don’t think we need to be fearful as a society; we just need to be cautious. The whole ‘do right to your neighbor’ mentality is key.”

In Putz’s view, those who live in his area have been too lax with medical precautions.

Brad Danielson, a member of Immaculate Conception Parish, is owner of the Café Saint Pio in Cedar Rapids. With a business that has only been open for a year now, and one that he invested all he owned into, Danielson maintained faith that God wanted him to remain open throughout the entire pandemic.

“…We just stayed open, and it’s helped us as more places shut down,” explained Danielson. “As a coffee shop, we gained a lot of people who didn’t know we existed. We were less than a year old when [COVID-19] hit, so it was desperation. We couldn’t afford to close and I didn’t have faith in the government to help. God helps those to help themselves. When this project started, I put it all on the line and I had the faith to do it. I sold my house and almost all my possessions to finance this.”

Café Saint Pio has received a lot of support from the Catholic community in the area, but also from the larger Christian and general community who appreciate having a place to remind them that there is still hope.

“A lot of Catholics championed it and wanted to see an outward expression of the faith in a public area,” said Danielson. “I didn’t fear COVID. I wanted my sign to say ‘Open’ so people could see there was still some normalcy in the world. … You try to be a bit of community for these people and you find you’re an outlet for them. For a lot of these people, the café is their social outlet and these people need human contact.”

While Danielson’s café may have been able to physically invite people in during the shutdown, not all food services in the archdiocese were as fortunate. Vicky Lau, co-owner of the Blue Heron Restaurant and member of St. Joseph Church in Mason City, recounted the changes her restaurant had to hastily undergo after only being given a 45-minute notice that they had to close down on March 17.

“Immediately, we had to order more to-go containers and get ready for takeout orders,” she said. “We needed to look at how that was going to work with staffing and phone calls. We implemented using different phones like my personal phone on busy nights. It was a lot of trial and error, a huge learning curve. Every day we learned something new to put into practice that we haven’t thought of before.”

Like so many other small business owners in the archdiocese, Lau says that she owes a lot to her community for keeping the restaurant alive, and has faith that God knows what he’s doing and will see the faithful through.

“We were very fortunate in our community with takeout and curbside orders,” Lau said. “Now that we have dine-in back, it’s been so nice to have, as I say, my own house. God gave me the gift of gab and I wasn’t able to use it. I think that it’s important to remember that everything happens for a reason, and to unnecessarily worry or stress doesn’t help. There’s a plan and I have faith that God is going to take care of us. We’re very thankful for our community support, because without them, we could have been one of those unfortunate small business stories you read about these days.” 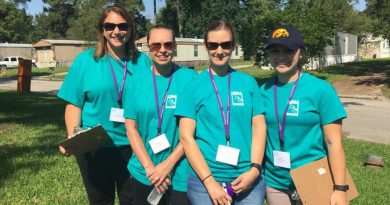 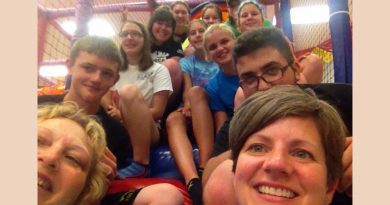