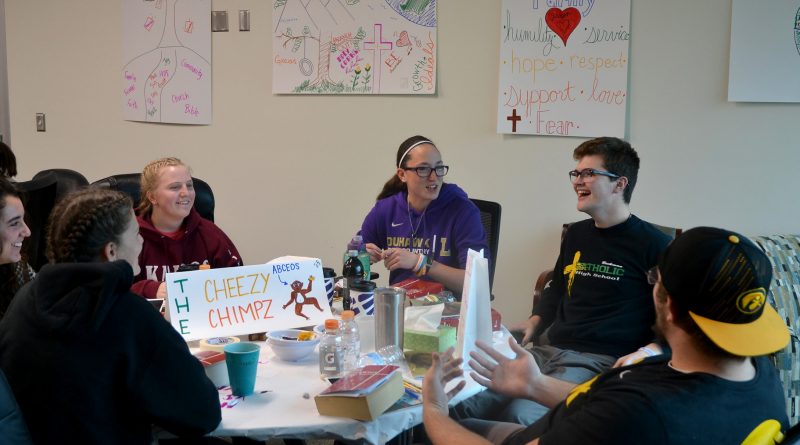 DUBUQUE — When 16 high school seniors arrived at Wahlert Catholic High School in Dubuque on Saturday, Nov. 11 for a Teens Encounter Christ (TEC) retreat, they were not entirely sure what to expect.

“It’s so overwhelming, because you don’t know what’s going to happen,” said Jacob Till, a Bellevue High School student who participated in the three-day retreat.

But while he was there, Till said he took the advice of his retreat leaders and instead of worrying about what might take place at TEC, he focused on being actively engaged during the retreat.

“They really emphasized, ‘Don’t antici­pate, participate,’” he reflected. “It just made the whole experience better.”

The retreat Till took part in was facilitated by several adult leaders, including Jim Kuhl, the chair of Wahlert’s theology department. Kuhl speaks passionately about TEC.

“It is important to offer TEC in the archdiocese,” he said, “because we need to provide Christ-centered retreat and formation experiences that boldly meet the needs of our seniors and the youth of the archdiocese.”

The young people who choose to participate in TEC weekends include both men and women; students from both public and private schools from around the archdiocese, and while most who go on TEC are Catholic, youth of other faith traditions sometimes participate also.

Carena Lechuga of Forest City High School said she decided to go on this November’s TEC, even though she is Lutheran, because she was invited to attend by a priest who serves in her hometown.

“I’m a lifeguard at the YMCA, and ­Father Paul (Lippstock) swims there, and sometimes we talk, and one day he asked, ‘Would you be willing to take a step out of your comfort zone?’” remembered Lechuga.

Though initially unsure of the idea of going on a Catholic retreat, she also felt called to go on TEC and decided to take a leap of faith and attend. After having now participated in the retreat, Lechuga said she is glad she did.

“I felt uncomfortable at first because I didn’t know anybody,” she said. “But it was awesome because they welcomed me with open hearts.”

“I would 100 percent recommend it,” Lechuga said of TEC. “I would really encourage anybody from any parish to go on this retreat because it’s so eye-opening and so refilling. I loved it!”

Anna Herrig, a student from Wahlert Catholic High School who also participated in the recent TEC, said she enjoyed the retreat as well and especially appreciated the chance to meet so many new people.

“I’m so thankful I was able to do this retreat with each and every one on it,” Herrig said.

Though she and the other TEC participants made plans to keep in touch, Herrig said it was still difficult for them to say goodbye as their retreat came to a close.

“At the end, I realized it was done, and I started getting teary-eyed,” she reflected. “And I looked around, and other people were too, and I know we were thinking the same thing — we didn’t want it to end.”

Though his Teens Encounter Christ experience is now over, Till said he plans to carry the momentum of the retreat with him as he returns to his parish faith community.

“I want to … go back home and be a youth leader to get others involved and maybe motivate some other teenagers to go on a TEC after this,” he said. “And hopefully they get as much out of this as I did.”

A group of teens has a discussion during the Teens Encounter Christ (TEC) retreat at Wahlert Catholic High School Nov. 11-13 in Dubuque. They were part of the 571st TEC in the history of the Archdiocese of Dubuque. (Witness photo by Jill Kruse) 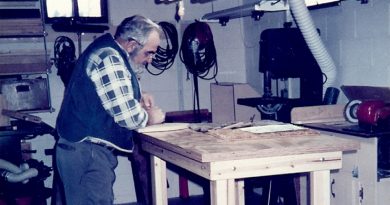 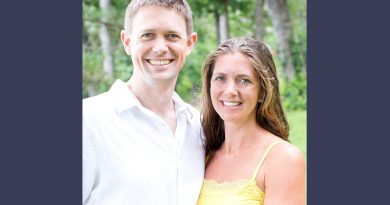 Couple to talk about how to overcome marriage struggles 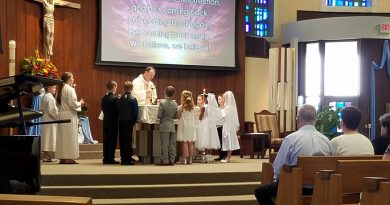