This is the third in a five-part series connecting the work of Catholic Charities, charity and faith, and the mental health struggles experienced by the populations the organization serves.

As the social needs of our country evolved decade by decade, so did the services of Catholic Charities. Supporting and strengthening families was central to Catholic Charities’ mission as the decades of the 1980s and 1990s progressed. It was during this period that the Immigration Outreach Services program developed, helping with translation of documents, interpreting for the courts, helping immigrants find places to live, and providing a safe place to gather in these early years. The program and the name shifted to Immigration Legal Services (ILS) in 2008, providing legal services with a Bureau of Immigration Appeals accredited representative. It has more recently evolved in 2016 to hiring attorneys. 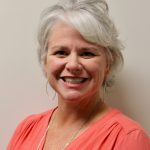 Catholic Charities’ immigration attorneys provide affordable legal services to help reunite families by assisting them in navigating the immigration system and advocating on their behalf. The role of Catholic Charities is to help immigrant families understand and exercise their rights regardless of how scary and dehumanizing some of those immigration policies may be.

Catholic Charities provides family-based and humanitarian immigration legal services. According to Yer Vang, director of the ILS program, the goal is to help keep families together. Some of the most common immigration services provided are helping individuals apply for green cards, citizenship and work permits and assisting U.S. citizens or lawful permanent residents petition for their immediate family members. Some clients have been separated from their families for years. These individuals need help in reunifying with immediate family members and navigating the complex immigration system. Catholic Charities’ services are extended to clients who would otherwise not be able to afford legal services due to socio-economic barriers. To help immigrants determine their legal options, consultations with an immigration attorney from Catholic Charities is provided at no charge. If a client is eligible for an immigration remedy and they become a client of Catholic Charities, they pay a fee commensurate to their income. In addition to direct legal services, the ILS program provides crucial legal education to parishes, communities and immigrants about immigration law and rights.

The work of the ILS program crosses the lines of many Catholic social teachings. In fact, in 2003, the U.S. and Mexico bishops offered guidelines regarding a country’s immigration policy.

According to Sister Mary McCauley, the bishops indicated that people have a fundamental right to economic, political and social opportunity in their homelands (life and dignity of the human person). Secondly, they stated that when people cannot support themselves or their fami­lies in their homelands or be assured of safety, they have a right to migrate (rights and responsibilities). The bishops also stated that sovereign nations have a right to control their borders and that those nations who are better able to protect and feed their residents are obligated to accommodate migration flows (solidarity). Finally, they noted that all who flee violence and persecution should be offered special protection and respect at every step of the migrating process.

Many of the clients served by the ILS program were forced to flee their country because of extreme poverty and violence. These families are simply trying to survive and seek safety in the United States, and they are entitled to do so under U.S. immigration law. Catholic Charities is helping the most vulnerable among us seek permission to remain in the United States because many have been abused, are fleeing violence, belong to a persecuted class of people in their home country, or are young people who have been abandoned by their parents. The legal ministry of Catholic Charities is welcoming the stranger so that immigrant brothers and sisters can come out of the shadows and continue building community.

For first generation immigrants and refugees, the journey to the United States is in and of itself a stressor.

Additional risk factors for mental health problems among immigrant populations include separation from country of origin, family and culture; having to navigate a new system; the immigration process itself; and acculturation – language, behaviors, and psychology. Employment problems, both being underemployed and the associated loss of status, contribute to problems with depression, anxiety and anger.

Recent research shows that immigrant children in shelters — some hundreds of miles from their parents with unclear plans for reunification — may also be at increased risk of PTSD. Other obvious mental health struggles include living in fear and dealing with stereotypes in the community.

Catholic Charities is the social service arm of the Catholic Church and as such, focuses its mission on responding to the needs of the most poor and vulnerable, treating them with dignity and respect.

Lisa Turner, a licensed marriage and family therapist, is a counselor at Catholic Charities’ Ames office. 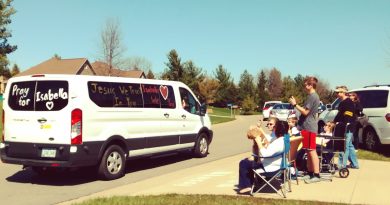 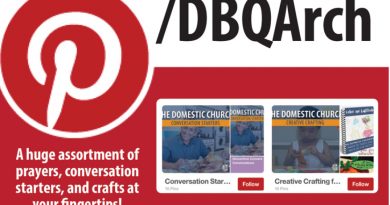 Using social media as a tool for faith formation