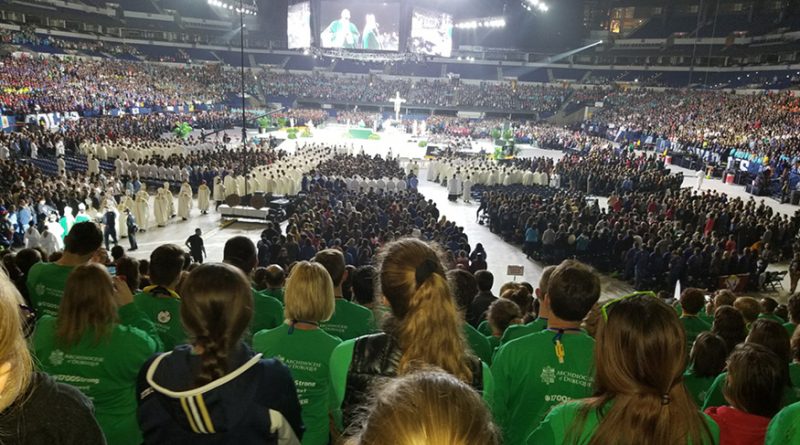 DUBUQUE — The Archdiocese of Dubuque is once again this year sending the largest delegation in the country to the National Catholic Youth Conference (NCYC) in Indianapolis. From Nov. 21-23, more than 1,200 teens and more than 400 adult chaperones from across the archdiocese will be in attendance at the biennial event.

While having a large number of NCYC participants is not new for the Archdiocese of Dubuque, an effort by many of the participants to help other young people from other dioceses also attend the conference is something that is happening for the first time this year.

Participants from parishes in the Archdiocese of Dubuque have raised more than $5,000 for the Archdiocese of Anchorage in Alaska and the Diocese of San Bernardino in California to help offset the travel costs for teens in those locations who wish to attend NCYC.

It was the idea of Kevin Feyen, the director of adolescent faith formation for the Archdiocese of Dubuque, to undertake this new effort. While participating in a dialogue about NCYC with other diocesan directors from around the country, Feyen learned how expensive it was for dioceses in the western part of the U.S. to send young people to the conference in Indianapolis.

“The price for them to attend NCYC was three times more than it is for our teens,” Feyen said. “Most were only bringing 10 to 12 people.”

Feyen realized that if participants from the Archdiocese of Dubuque were willing to chip in some money, as little as $10 per person, they would be able to help offset some of the cost of travel for distant dioceses and allow more individuals from those places to attend. He reached out with his idea to the National Federation for Catholic Youth Ministry, the organization that hosts NCYC, which suggested the Archdiocese of Dubuque partner with Anchorage and San Bernardino.

So far, 13 parishes in the Archdiocese of Dubuque have made contributions for the benefit of these dioceses. Most parishes have sent in $10 for every person at the parish participating in NCYC, money earned through local fundraisers. Other churches have held second collections at Mass. Some chaperones have even made personal donations.

One of the parishes taking part in this year’s initiative is St. Mary’s in Waverly. Thirty-five teens are attending NCYC from the parish this year. Julie Feldhake, coordinator of faith formation for students in fifth through 12th grades at the parish, said that students at St. Mary’s have been busy raising money to help young people in Alaska and California.

“Our students had a Valentine’s Day bake sale, we sold roses for Mother’s Day, we had a silent auction with items or services the teens made, and we also had a bowl-a-thon,” Feldhake said. “Each student was asked to donate 10 percent of their silent auction earnings.”

Those benefiting from the efforts of the Archdiocese of Dubuque have expressed a great deal of appreciation. “Anchorage is so blessed to have been provided with this gift,” said Matthew Beck, the director of evangelization and discipleship for the Alaska archdiocese. “There are only a handful of teens at NCYC that will pay more to attend than a teen from Alaska,” he said. The cost per person for members of the Anchorage delegation is about $1,450. “Taking a bus or train or driving are not viable options for us,” Beck explained. “So, we’re stuck with what’s a rather expensive airfare to Indianapolis at that time of year.”

Beck said that while some of the 28 teens and adults traveling from Alaska to NCYC this year come from families that can afford the trip, “some of the teens that are coming are members of the poorest parish in town and couldn’t have even considered participating without the help from Dubuque’s solidarity fund.”

Twenty teens and adults from the Diocese of San Bernardino are also going to NCYC this year. This is the first year the diocese is sending a delegation. While young people in the Southern California diocese have been raising funds for their travels, the contributions of the Archdiocese of Dubuque have lowered the price enough to make the trip to NCYC affordable.

In a video produced by the Diocese of San Bernardino, thanking the Archdiocese of Dubuque for its efforts, Berenice Villa, a youth programs coordinator, said that the people of her diocese vary greatly in economic status and while some young people in the diocese can afford opportunities like NCYC, others simply can’t.  “This sponsorship,” she said, “will provide that opportunity for those teens that can’t (afford it) to have this experience that inspires them and fills them with hope to continue in their journey of faith.”

Feyen is pleased that the efforts of the Archdiocese of Dubuque have allowed teens from Alaska and California — who otherwise would not have been able to afford to go — to make plans to attend NCYC this year. He also believes the efforts to assist them have provided the young people of the Archdiocese of Dubuque an opportunity to discover a valuable lesson of faith. “I hope our teens learn that even if each person does a small act of kindness, we as the church can make a huge impact,” he said.

What is the National Catholic Youth Conference?

The National Catholic Youth Conference (NCYC) is a biennial event intended to inspire Catholic teens of high school age through an experience of prayer, community, evangelization, catechesis and service. The programming for the three-day conference — which this year is themed “Blessed, Broken, Given” — includes presentations, workshops, Mass, and the chance to participate in reconciliation and eucharistic adoration as well as games, arts, concerts, sports, exhibits and service projects.

Kevin Feyen, the director of adolescent faith formation for the Archdiocese of Dubuque who spearheads local planning for the conference, said there are two “awesome moments” at every NCYC — the very beginning and the very end.

Feyen said it is powerful to witness “the look on the faces of the teens when they first walk into Lucas Oil Stadium.” “They see a church that is huge — 25,000 teens just like them — and full of energy — blasting music at 100 decibels,” he said. “For some of our teens, this first memory of NCYC is what encourages them to dive deeper into their faith that weekend … knowing that they are not alone and the church is relevant to them.”

Youth from the Archdiocese of Dubuque at the closing Mass of the 2017 National Catholic Youth Conference. (Photo by Elizabeth Schlarmann) 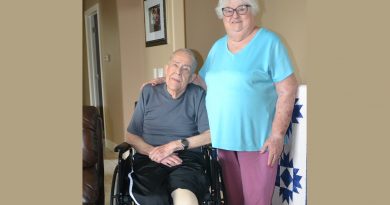 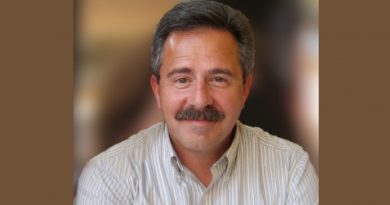 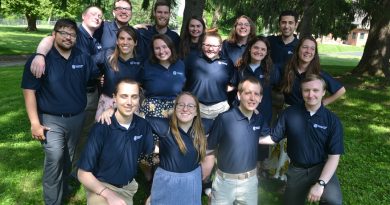