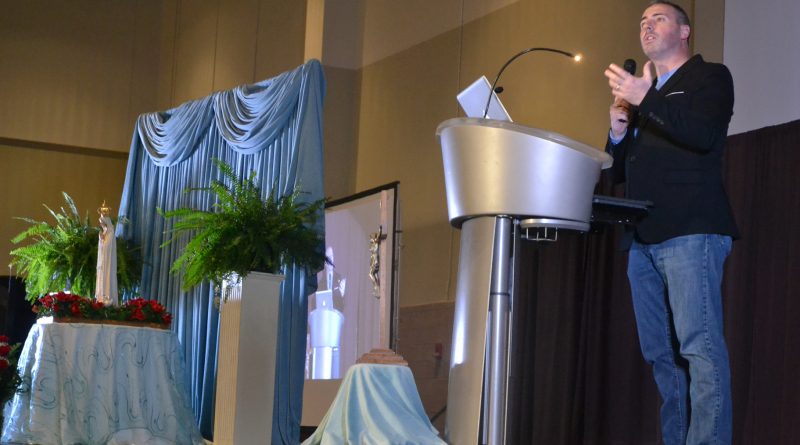 DUBUQUE — Over 1,000 people came together recently to learn about the Marian apparitions at Fatima. With the 100th anniversary of these appearances being celebrated in 2017, the event took place on Oct. 14 at the Grand River Center in Dubuque.

The crowd came from around the Archdiocese of Dubuque, other parts of Iowa, Wisconsin and Illinois. The day started with the praying of a rosary and ended with a liturgy celebrated by Msgr. Eugene Morris, a Marian expert from the Archdiocese of St. Louis.

Jacob Till, a high school student and member of St. Joseph Parish in Marion, was among those listening to the series of speakers who discussed the historical events that occurred in Portugal in 1917 and the role Mary plays in brining people to Jesus.

“I think it’s interesting,” said Till. “In high school, it’s not a point in our life that you will talk about these things. It shows us our faith is not imaginary. It gives us proof that something’s really there.”

Sandy Herrington traveled from Fulton, Illinois, and said she was hoping to enrich her faith.

“One of my favorite people is the Blessed Mother,” she said. “I have heard all the stories of Fatima, and when I was a girl, we used to play Fatima at school. When I’ve had difficult times in my life, I speak to her, and it helps.”

Music and a skit from youth was mixed in with a series of talks from Drew Mariani, a documentary filmmaker and radio host; Dr. Peter Howard, a theologian who is founder of Heroic Families; Gary Dolphin, voice of the Iowa Hawkeyes; Msgr. Morris; and David Corollo, executive director of the World Apostolate of Fatima.

Dr. Howard was among multiple speakers who emphasized that Mary has brought messages from God to the world at various times in history, and that her call to prayer and conversion is as relevant today as it was in 1917.

“The rosary is first and foremost a tool to transform minds,” said Howard. “The greatest thing the rosary is really for is the war that goes on within us. The problems we are experiencing today are all tied up with really bad thinking.”

After discussing the many problems and evils in the world, Howard quoted Venerable Bishop Fulton Sheen, stating that transformation of the heart through Jesus could begin “re-making the world by re-making the individual.”

Dolphin spoke about his own faith journey growing up in Cascade and now as a member of a Dubuque parish.

“My folks were devout Catholics. Growing up in a small town like Cascade, we made it a point to watch the movie ‘Fatima’ every year,” he said. “On my way back and forth to Iowa City, I pray the rosary.”

The Catholic Church has approved the validity of a series of appearances of the Virgin Mary to three shepherd children, Lucia Dos Santos, Francisco and Jacinta Marto. The apparitions continued for several months from May through Oct. 13 of 1917, culminating with a celestial event known as the “Miracle of the Sun,” which was witnessed by a reported 70,000 people.

Mary asked the children to spread a message of prayer and repentance, and also revealed secrets which were later released by the church. Belief in the apparitions is not required for Catholics, but they have been deemed by authorities as authentic. On May 13 of this year Pope Francis canonized Jacinta and Francisco saints at a Mass at the shrine in Portugal.

The conference in Dubuque was one of many held worldwide to mark the anniversary in the last several weeks. The local event was sponsored by Aquinas Communications, an apostolate that manages a radio station in Dubuque. The organization is not affiliated with the Archdiocese of Dubuque, but members aim to participate in the church’s mission of evangelization as lay people. Dick Bergeson, who serves on Aquinas Communications’ board of directors said he was happy with the turnout.

“God is going to move in people’s lives in a special way today because there’s such spiritual energy here,” said Bergeson.

PHOTO: Theologian Dr. Peter Howard speaks about the history of the Our Lady of Fatima apparitions during his talk at the conference, which took place Oct. 14 at the Grand River Center in Dubuque. (Witness Photo by Dan Russo) 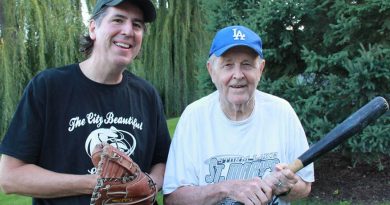 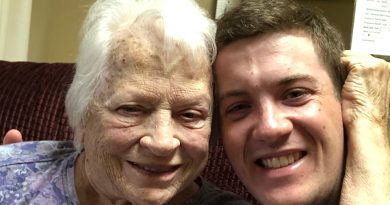 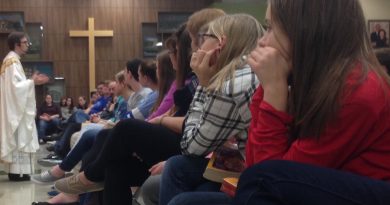