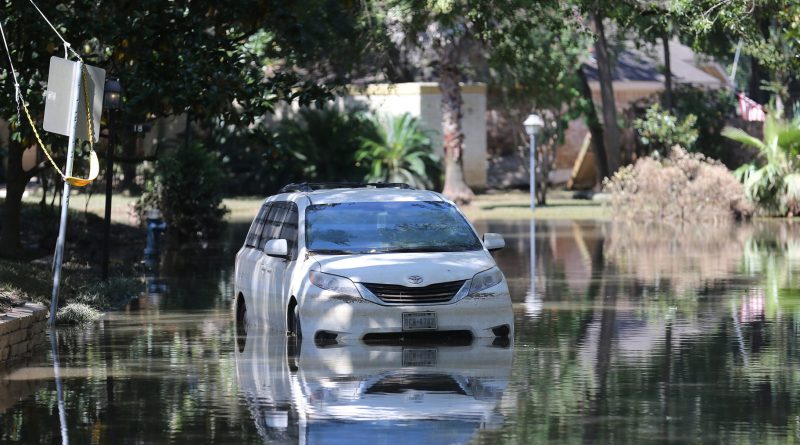 STAFFORD, Texas — A priest with deep ties to the Archdiocese of Dubuque lives near one of the areas hardest hit by the two major hurricanes that made landfall in the United States recently.

The fact that Father Louis Zee, 84, is retired didn’t stop him from braving hazardous road conditions in an attempt to drive to the parish in Houston where he served for many years as pastor. At the time, the flooding that Hurricane Harvey was causing made it necessary for him to turn back. Thankfully, no one at Ascension Chinese Mission Parish in Houston was killed or injured in the storm or its aftermath, but several families did become homeless.

“Two or three families of Ascension had flooding,” reported Father Zee in a recent interview with The Witness. “The houses were ruined. If the house gets more than a foot or half a foot of flood water, everything has to be junked.”

Heavy rains and wind began pound­ing Houston on Aug. 26, with Father Zee, who lives in Stafford, making his attempt to drive to the church on Aug. 27. As the waters rose, people were stuck in flooded areas needing rescue or waiting out the worst of the storm in shelters or with friends or family.

Father Zee said the emergency response by the community and government officials was good, but it will take time before the region as a whole and the affected families in his parish fully recover.

“It depends on their insurance and on FEMA (the Federal Emergency Management Agency),” said the priest. “Many of them are waiting for the adjustment. Everyone is looking to fix their homes, but there is not enough labor.”

Father Zee is officially a priest of the Archdiocese of Nanking, China, who was ordained in the Archdiocese of Dubuque and served in northeast Iowa for many years before moving to Houston to become pastor at Ascension Parish. The mission was founded to minister to Chinese immigrants. Since retirement, Father Zee has continued to assist at the mission, which holds two English language Masses and one Chinese language liturgy. He also helps out at St. Thomas Aquinas Parish in Sugarland, Texas.

Both churches are not far from where he lives in Stafford. Many of the parishioners of Ascension are either ethnically Chinese immigrants from Taiwan, Hong Kong or mainland China, or they are Americans of Chinese ancestry. As a result, the parish draws members from all around Houston, not just parts of the city that were affected by flooding.

“My parish is fortunate in a way,” said Father Zee. “It’s scattered all around the city.” Father Zee fled his native country in 1949 shortly after the Communist Party took control of China following a ­civil war.

The Communist regime, which is officially atheist, pressured Chinese Catholics to declare their independence from the pope and form the “Patriotic Association of Chinese Catholics.” This government sponsored organization con­tinues to intervene in church affairs in China today, causing a rift in Chinese Catholicism, and forcing many Catholics to practice their faith underground or face imprisonment and other forms of oppression.

After spending over two years in Taiwan, Father Zee came to the United States. He and another Chinese Catholic were sent to Loras College and Mt. St. Bernard in Dubuque by a Chinese priest then ministering in Chicago. Father Zee served for many years at archdiocesan parishes, including seven at St. John the Baptist Parish in Mt. Vernon. His last assignment in the Archdiocese of Dubuque was as pastor of Immaculate Conception Parish in Van Horne, part of the Queen of Saints Cluster.

Father Zee was separated from his family for about 30 years before returning to China in 1979 for a visit. Six years later, his father, Joseph Zee, was able to visit him in the United States for six months.

Photo: An abandon car sits in floodwaters in Houston Sept. 7 in the aftermath of Tropical Storm Harvey. (CNS photo/Bob Roller)

Transitional Deacons to be ordained May 26