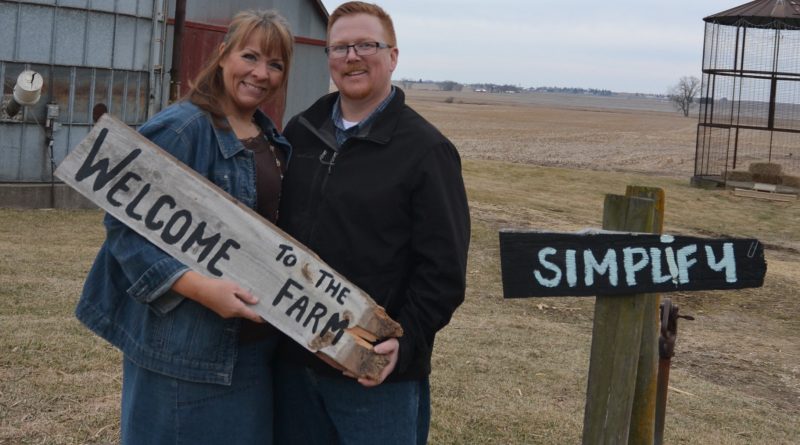 SCOTCH GROVE — A little over a decade ago, Doug and Julia Bean had as much material success as anyone could ever want — a nice house, great cars, thriving careers and plenty of income. Despite this, their marriage was on the ropes and their children weren’t happy. Something had to give.

“Our marriage was ready to fall apart,” remembers Doug. “Our god was money.”

“We spent our lives traveling (for work),” adds Julia, as she sits with her husband in a newly renovated former cattle shed that now contains a modern kitchen.

They now own a farm of about 10 acres near Scotch Grove and are far away from where they used to be, both physically and spiritually. The couple are Iowa natives and parishioners at Sacred Heart Parish in Monticello. Although they were going to Mass weekly during the rockiest period of their family’s history all those years ago, their souls weren’t into it.

“We were literally warming a pew,” recalls Doug. “I didn’t get it. (Being Christian) is not just about going to church on Sunday.”

Knowing they were at a crossroads, Julia asked her husband to attend the Northeast Iowa Christian Experience Weekend (CEW).

At this time of year, CEWs are being held around the Archdiocese of Du­buque, and in other places. The three-day program was created in the 1970s through the collaboration of Sister Carole Freking, OSF; Father Joe O’Brien (now deceased); Father George Karnik; and a dedicated group of lay volunteers. It grew out of the Cursillo movement, a Catholic renewal effort begun in Spain that spread worldwide. CEW’s founders adapted this “short course” on Christianity for modern Americans, with the first CEW being held in 1972.

The inaugural retreat mostly drew people from Dyersville, Manchester and Cascade. Its simple format — integrating prayer, community building and personal witnesses to Christ — lit a fire in the hearts of many participants and spread across the archdiocese and then as many as six states.

Enter Doug and Julia Bean. The husband went first, and then convinced his wife to go several years later. The effect was profound.

“It saved our marriage,” explained Julia, also noting that the scope of retreats is wider than just one relationship. “(CEW) is not about marriage. It’s about the love of God.”

The Beans decided, after a process of spiritual renewal begun at CEW and counseling, to become less materialistic and more God-centered. They sold their home in the city about eight years ago and bought their farm off a dirt road out in the country. Their dream was to start a business that could expose people to the benefits of rural life, but also begin a ministry that could draw people to Christ.

“The purchase of the farm was really an act of God,” said Doug. “We felt called to bring people here.”

Doug, an intensive case manager for veterans and others suffering from mental health challenges, used the donkeys, pigs and other farm animals to help people through what he calls “agritherapy.”

Julia kept her job in health care management, but began renovating the property so it could host events like weddings or corporate functions. All the while, their ultimate goal was to create a facility that could also host non-profit events, especially CEWs.

“We really just want (visitors) to exper­ience the love of God out here,” said Julia. “We just put all our money into this.”

About a year and a half ago, Julia left her full-time job and has thrust herself into the work of renovating and marketing the farm. They have since built a “great room” with the capacity to hold 200. It connects an original century-old barn to the former cattle shed, which now houses a large kitchen, office space and other amenities. There are bunkrooms for sleeping, bathrooms and showers.

Doug learned many construction skills from his grandfather, making it possible for him to do a lot of the improvements himself. Julia has also put in a large amount of sweat and muscle into the construction process. A short time ago, 25 members of the CEW community helped the couple finish the final stages of the project.

This weekend and the next, the Beans will celebrate a milestone. On March 3-5, they will host the first Northeast Iowa Women’s CEW. So far 16 participants have signed up. On March 17-19, there will be the Men’s CEW. Sister Carole and Father Karnik will serve as spiritual directors and are giving talks. After years holding the weekends at a local school in Guttenberg, the new setting will be a fresh start for the local chapter of the CEW program.

“I’m very excited about the new developments and the future of CEW,” said Sister Carole. “I think (the new facility) is a creative way for (the Beans) to use their space for God’s work. It’s fun and exciting to be part of this seed planting and letting it grow.”

So can people experience Christ in a barn? Comparisons to the Nativity aside, Father Karnik is optimistic.

“This is a big commitment for (the Beans),” said the priest. “It’s a significant faith gesture. Hopefully the people will find this accessible. I hope it might attract people who have been reluctant to go to church. Going to a barn might be the opportunity they need.”

The Beans are hoping the rural setting can help people unplug from the chaos of modern life. With the original sheet metal still on the walls of the cattle shed and original rough wood from the old barn or New Melleray Abbey’s lumber mill making up parts of the new and renovated buildings, there is a feel of rustic simplicity about the place.

A look outside the windows can reveal open fields, farm cats hunting mice and a chicken strutting. The Beans have already used the new facilities for a wedding and offer it free to non-profits once a week. They will serve a supporting role during the coming CEWs, which they are also giving free access. They are hopeful about the coming CEWs and the future of the farm in general.

“(We) really want to give back what we got,” said Doug. “We’re not better than anyone else. It really doesn’t matter what you’ve done in your life; God wants you back. I want other people to be able to experience that.”

For more information on the coming CEWs or other events at the farm visit http://www.thebeanfarmofscotchgrove.org. 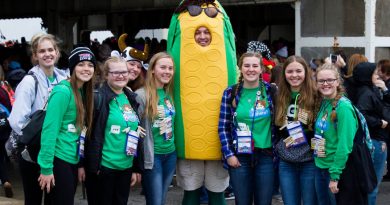 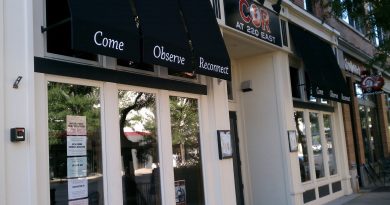