Crowd ponders the question: ‘Am I a human trafficker?’

DUBUQUE — “The title of this talk is ‘Am I a Human Trafficker?’ and the answer is not all that dramatic to say, ‘yes, I am,’” said Chris Cox to the crowd of 250 at Clarke University in Dubuque during his presentation on Feb. 27. Cox is the campaign director of “The Human Thread” based in Milwaukee, Wisconsin. The campaign began in response to the tragic Bangladesh clothing factory fire in 2012, which killed more than 1,100 people and injured 2,000 more. Those workers were paid just $50 per month.

“We can think, ‘I’m a good person because I don’t engage in those behaviors (sex trafficking)’ – but the reality is so many things that are the basis of making our lives comfortable—cell phones, chocolate, coffee, clothing—can grossly be at the expense of other human beings,” said Cox. Around 98 percent of clothes sold in America are actually made overseas and only between .5 percent and 3 percent of the cost of production for the average item goes to the worker who made it, noted Cox. Consumers are demanding cheap goods and companies are trying to maximize profit. “We have five times more clothing than we did back in 1980. We can afford more. Clothing is one of the few things that are cheaper now (than in the 80s). The energy costs to make the garments have gone up, the cotton itself costs more, the only costs that have gone down are the labor costs,” said Cox.

For garment workers to make a living wage, Cox said the increase in cost per item would only have to be between .5-5 percent.

“This white T-shirt I’m wearing that would cost $10—to pay a living wage, to triple their wages now—means I would pay $10.50 for it and frankly, I’d want to pay that if given the option,” said Cox. Cox suggested to the audience that they take time to reflect on the items they own. “Our lives are full of stuff that doesn’t make us happy. I’m a Catholic. We believe in a Trinitarian God—we believe that God is three persons in relationship with each other and with us—and if we have a relational God—my life, my joy is found in being in right relationship with God, with myself, with the people who made my clothes, with the people who made my cell phone, and who harvested the coffee beans. If I’m not in right relationship with them, than I’m not going to know joy,” said Cox.

In order to show our solidarity with the people who make the goods we buy, Cox advised those in the crowd that they do their homework before supporting a brand and to vote with their wallets. He also said the four Rs: repairing our clothes, reducing our closets, and reusing and recycling our clothes by donating them to charity can help make an impact. Sister Lou Anglin, BVM, said she now intends to change her own shopping habits after Cox’s presentation. “I grew up being a prudent shopper—looking for deals, but now I need to be aware that paying a just wage for people’s labor is the greater good,” she noted.

“I realized that the answer to his question of ‘Am I a Human Trafficker?’ is ‘yes,’” said Harris. “We all participate in human trafficking through the purchase of goods made by exploited or enslaved labor. The ‘Human Thread’ of this connects us all and challenges us to break that bondage.”

The Coalition Against Human Trafficking of the Tri-States hopes to build on the awareness gained from Cox. “We as members of the Body of Christ are called to remember that what matters is the richness experienced in recognizing all humanity as our family,” said coalition member Sister Joy Peterson, PBVM.

Russo is communications director for the Sisters of St. Francis, based in Dubuque. 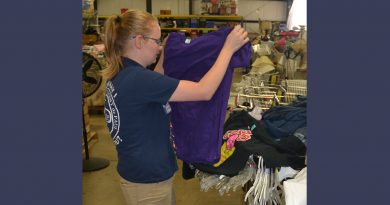 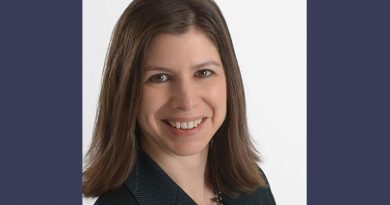 Reflecting on Pope Francis’ visit to the U.S. one year later 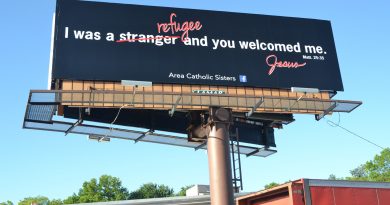