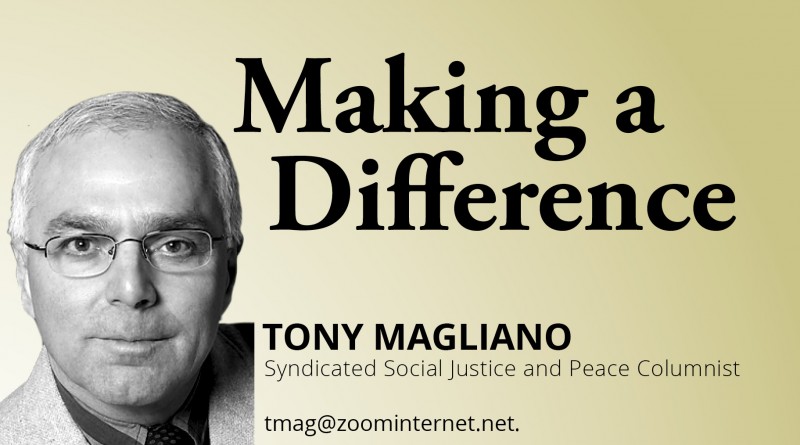 For the first 300 years of Christianity followers of the nonviolent Jesus – imitating his example – practiced total nonviolence. But after Christianity was legalized and later made the official religion of the Roman Empire, Christians began fighting for the empire. And sadly, Christians have been fighting for empires ever since.

The “just war” theory was developed to offer criteria – like protecting civilians from attack – that had to be met before war could be theoretically morally justified and continued. Most unfortunately, this led to the Catholic Church’s abandonment of total Christ-like nonviolence.

With the purpose of deepening the Catholic Church’s understanding and commitment to Gospel nonviolence and to urging that the “just war” theory be replaced with a Just Peace strategy, a monumental first-of-its-kind conference was recently held on April 11-13 in Rome.

The Nonviolence and Just Peace Conference, co-sponsored by the Pontifical Council for Justice and Peace and Pax Christi International, gathered together an international group of approximately 80 bishops, theologians, priests, sisters and lay people – all experienced nonviolent social justice and peace leaders – to begin to formulate for the Catholic Church a creative Gospel-based active nonviolent strategy to counter violence, armed conflict, and war.

One of the participants, Eli McCarthy, who represented the Conference of Major Superiors of Men, shared with me his amazement regarding stories about Catholic leaders negotiating with very violent armed actors.

McCarthy said conference participants were informed about a bishop in warring South Sudan who created a peace village that has the trust of all armed actors. He said he heard that peace education is taught in all the schools in the Philippines, and that there is a University of Nonviolence in Lebanon.

McCarthy said, “One thing surprised me, and it is instructive. Those [attendees] living in violent conflict zones … were all in support, as far as I could tell, of the Catholic Church focusing on nonviolence and Just Peace, and no longer using the ‘just war’ theory.”

The Nonviolence and Just Peace Conference produced a guiding document titled “An Appeal to the Catholic Church to Re-Commit to the Centrality of Gospel Nonviolence.” I hope many Catholics will prayerfully read it. (Here is a link to it http://bit.ly/1qwrNJI.)

This document calls on Catholics to integrate Gospel nonviolence into life – including sacramental life – of the Catholic Church through dioceses, parishes, schools and seminaries.

The questions of active nonviolence, the “just war” theory, and war itself are very personal for me. Over 33 years ago, I was honorably discharged from the U.S. Army as a conscientious objector. While firing an M-16 at pop-up targets, I realized as a follower of the nonviolent Jesus I could not aim a weapon at another human being, pull the trigger, and kill him or her.

While writing this column on peacemaking, the Holy Spirit dropped this Loyola Press 3 Minute Retreat into my inbox. It is mystically titled “On a Peace Mission.”

I am glad to share it here with you. Just go to this link http://bit.ly/23K51jB and turn on the sound.

“On the evening of that first day of the week, when the doors were locked … Jesus came and stood in their midst and said to them … ‘Peace be with you. As the Father has sent me, so I send you.’ ”

Let us go forth to make peace.

Tony Magliano is an internationally syndicated peace and social justice columnist. He is available for speaking engagements at parishes and other venues. For more information, email Tony at tmag@zoominternet.net.

We await new heavens and a new earth