Up Jerusalem! Stand upon the heights

The Lord brought back the captives

I pray for you always

The voice of one crying out in the desert 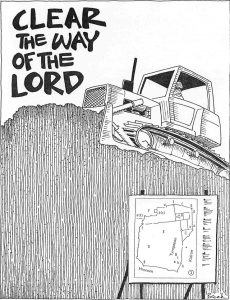 We come to the second week of Advent. And there is a subtle drama taking place in the Old Testament readings over the course of the season. Jerusalem is featured. Last week, it was a mere dream — The days are coming, says the Lord, when I will fulfill the promise … Jerusalem shall dwell secure. This week things are beginning to happen: “Up, Jerusalem! stand upon the heights; look to the east and see your children gathered from the east and the west.” And next week, we hear, “Fear not, O Zion! The Lord, your God, is in your midst.” However, in the fourth week we are in for a surprise. Jerusalem is forgotten, and it is Bethlehem that takes center stage.

But for now, the promise is still far from being completed, the hope is still far off. The book of Baruch is a good source for a reading in these terms. It is among the few books of the Old Testament that were composed outside the Promised Land. Others include Tobit and Wisdom. Written in Greek, it was not included in the Hebrew Bible, but is among those books revered by the Orthodox and Catholics, but not to be found in Hebrew and Protestant Bibles.

Baruch, the famous secretary of Jere­miah, was not the author, but the book is written in his name, evoking the time of exile. The faith life that is expressed is that of the Jewish “diaspora,” or dispersion, those communities of Jews living outside the land. And yet, just as in the popular phrase, “next year in Jerusalem,” articulating a hope that perhaps would never be realized, the book of Baruch looks firmly toward Jerusalem. In today’s selection, the children from the diaspora are imagined in “caravans” coming into Jerusalem from all directions. The poetic image promises that something unforgettable is about to occur.

This year we turn to Luke’s Gospel and the story of John the Baptist. Luke has his special touches in his Gospel. For instance, it is typical of him to begin with historical settings. In Luke 3:1-2, we learn of Tiberius Caesar; Pontius Pilate, governor of Judea; Herod of Galilee; tetrarchs Philip and Lysanias; and Annas and Caiaphas, high priests.

While this sounds like so much textual filler to us, it has a purpose for Luke. His project is to place the story of Jesus in the context of world history. And, in fact, in his second volume, Acts of the Apostles, he will show the Jesus movement extending out into that larger world. And so he is concerned to prepare the ground now, at the beginning of the story.

This concern is also shown in his quotation of the verse from Isaiah 40, concerning the voice crying out in the desert. This is a feature of all the Gospels, but Luke does something with it. He continues the quote much longer than do the others. This enables him to include, at the end, the line — “all flesh shall see the salvation of God.”

There is a strong sense of longing in today’s readings. Baruch speaks for those far from the Promised Land, but unable to stop thinking about it. The quotation from Isaiah, cited by Luke, is from that part of the book — in fact the first part — written by the anonymous prophet we call Second-Isaiah. His task was to bring the exiles back from Babylonian captivity. And with Luke, we have an image of the larger world yearning for something they can hardly name, but which is about to find a solution in the story we are moving toward.

For reflection: One can’t miss the resonances with today’s themes of homelessness and caravans of refugees and dreams of a promised land.

Love — A projection and a reality 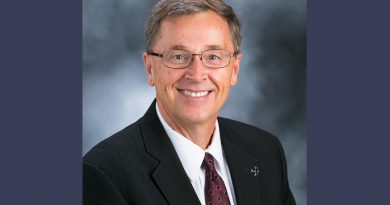