The Lord is kind and merciful

We live and die for the Lord 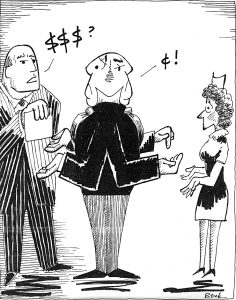 The passage from Matthew 18 is among the classic New Testament statements concerning forgiveness. The selection for today includes a saying and a parable. The saying comes as a response to Peter’s question, “Lord, if my brother sins against me, how often must I forgive? As many as seven times?” Jesus answers, “I say to you, not seven times but seventy-seven times.”

The parable that follows illustrates the principle given in the saying. It contrasts a debtor’s request for forgiveness in a large matter with his refusal to grant forgiveness in a small matter. The parable is a familiar one. The contrast between the two responses is underscored by the repetition of the supplicant’s request in each case: “Be patient with me, and I will pay you back.” We also recognize hints of the Lord’s Prayer: “Forgive us our debts, as we also have forgiven our debtors” (Matt 6:12).

In both cases, saying and parable, forgiveness is the common theme.

But there also are significant differences between the saying and the parable. The first concerns a harmful action, whether psychological or physical, while the second involves a monetary debt. One is an injury; the other is a loan.

At the same time, there are obvious similarities as well. In both cases, the issue is paying back something owed. And the similarity teaches us something about forgiveness when we have been harmed. It acts like a loan in that it sets up a situation in which we feel something needs to be paid back. In a loan, that need is obvious, and it has to do with simple justice. To forgive a loan is to put aside the demands of justice due me and to generously cancel the debt. It is a pure gift.

But forgiveness when we have been harmed by someone seems a different matter. We instinctively, it seems, count an injury or insult as a matter that needs to be returned, as if it was a debt, as if some balance was disturbed. Injuries need therapeutic attention, but apparently we feel that they also need payback.

Here the opposite of forgiveness is not simple justice as with debts. Rather, it is vengeance, as the implicit biblical reference behind Jesus’ saying makes clear. In Genesis 4:24, Lamech makes his taunt: “If Cain is avenged sevenfold, truly Lamech seventy-sevenfold.”

And so we see that it is not the actual injury that is at issue in forgiveness. Rather, it is the blow to our self-esteem that has taken a hit and needs to be reasserted. We need to establish a lost equilibrium, and forgiveness will not do that, we think.

We begin to see that the opinion expressed frequently on social media—that the one who benefits from forgiveness is the one who does the forgiving—is not entirely as self-focused as it first seems. One needs to let it go.

It doesn’t take much reflection to realize that the program of payback for wrongs felt can lead into a slippery slope of endless animosity, as each payback generates another from the other side. This way leads to notorious feuds and years of family grudges. At best.

Hannah Arendt, the famous political theorist, who is once more coming into notice in this era of sharply polarized views, was a secular Jew. So perhaps her opinion is worth noting, when she claimed that the possibility of forgiveness entered in human affairs began with Jesus of Nazareth. It was her contention that forgiveness was one of the few methods for bringing disputes to an end—and actually, the most effective. The others she discussed were vengeance and legal recourse. But with forgiveness, you swallow the hurt, and clear the slate.

For reflection: What gets in the way of forgiveness?