Renew the face of the earth

Gifts of the Spirit

You are children of God 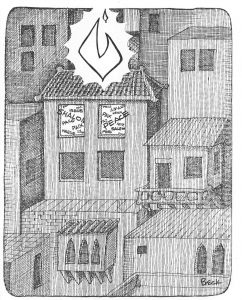 Today’s lectionary offers many options for the scripture readings. On the one hand, the passage from I Corinthians 12, about the gifts of the Spirit, has been given an alternative from Romans 8, which speaks of being adopted children of God through the coming of the Spirit. In addition, the vigil Mass of Pentecost offers a separate set of readings—and in its extended form, this includes a wide variety.

A word about the vigil of Pentecost: This renewed emphasis revives an early tradition. Pentecost, along with the Easter vigil, was an occasion for the baptism of adults. The Third Edition of the Roman Missal, made available in English in 2011, again makes this celebration of Pentecost possible. The vigil Mass has a simple form and an extended version, with many more readings. Fr. Dennis Gill, rector of the Philadelphia cathedral and director of that archdiocese’s office of worship, has posted a webpage that explains that Pentecost here is seen as the Eighth Sunday of Easter. The page can be reached by a search for “extended vigil for Pentecost.” He identifies the additional readings:

But at the heart of all the many biblical texts stands the fundamental account in Acts 2:1-11, the first Pentecost. The author is Luke, the evangelist. And his characteristic approach is evident here.

First of all, it is noticeable that he is using the Greek translation of the Old Testament, the Septuagint. The Septuagint  was produced by a Jewish group of scholars in Egypt, around 250-200 B.C., when it became apparent that the many Jewish communities around the ancient world, all who spoke Greek in addition to the local language, needed a version of the holy scriptures. Which writings they chose to translate, or add, has influenced to this day which books of the Bible we consider part of the biblical canon. Protestants accept only those books originally in Hebrew. Catholics and Orthodox include others added later, and written in Greek.

Luke’s account of the Pentecost echoes the Tower of Babel story in Genesis 11, but in the Greek version. For instance, what we call the “Tower of Babel,” the Greek Bible calls “the Tower of Confusion.” Of course, we might think of a connection between “Babel” and “babble” as the confusion of tongues. But this is an feature of English, attractive as it is for characterizing the story.

Luke speaks of the confusion that prevailed at the scene in Jerusalem. When the noise like a driving wind was accompanied by tongues of fire, the gathering in the upper room began to speak in different tongues “as the Spirit enabled them to proclaim.” But this generated a commotion among those in Jerusalem for the Jewish festival of Weeks, (also known as Pentecost). They came from many lands. “At this sound, they gathered in a large crowd, but they were confused because each one heard them speaking in his own language” (Acts 2:6).

Linking the Pentecost event to the Tower of Confusion—or Babel—implies that the event that caused the dispersion of peoples into many tribes and languages, is being overcome. The Holy Spirit, providing the Apostles with the languages that they need for a mission, reaches out to the many nations, seen here as preliminary to the narrative which follows in the coming chapters.

For reflection: In a way, Pentecost is a celebration of the one human family. 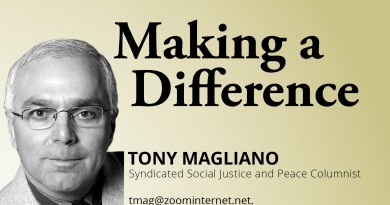 Close the distance not the gate 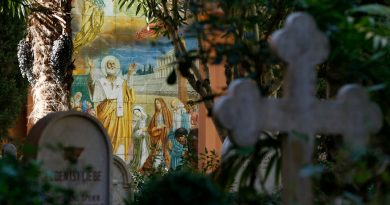 Our bodies matter in life and in death