Going up to Jerusalem rejoicing

The hours to awake from sleep

In the days of Noah 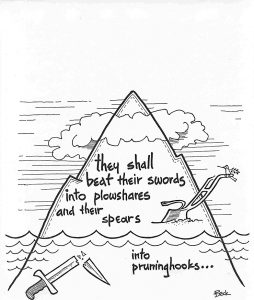 The Advent season is about “coming,” as the word “advent” itself proclaims. The season readings focus on the end times, as always at the end of the church year and the beginning of Advent. The four Sundays of Advent all move around the theme of “coming,” but in different ways. The First Sunday looks at the Second Coming, sometime in the future. The second and third “comings” refer to the beginning of Jesus’ public life, and traditionally feature John the Baptist. The last Sunday of Advent turns toward the coming feast, and the birth of Christ. This is the “coming” of the Incarnation.

Today’s readings follow a theme that might be summarized as “It is time to get serious.” Certainly, the anxiety is about the due time, and its arrival. There are many passages in the New Testament that would fit this theme. And some that could do this better. But those chosen for today seem to have a secondary message. They preview the books of the Bible that will be prioritized during the A Cycle of the liturgy — the classic biblical books of the prophet Isaiah, Paul’s letter to the Romans, and Matthew’s Gospel.

It is always interesting to note what the lectionary selects for the first reading of the year. This year, the first reading of the first Sunday of the first cycle of readings is famous. It is found on a plaque in front of the United Nations building in New York. It is the passage from Isaiah 2 on beating swords into plowshares. The passage has a striking form. The first verse is an introduction, the last verse (2:5) is a reflection by the prophet. The verses in between are apparently an ancient hymn, for the same set of verses are found in Micah 4:1-3. Perhaps both prophets borrowed it, and appended their own reflections at the end.

The hymn looks to a time in the distant future, when all nations will come to believe in the one God, moving in procession to Jerusalem for instruction and understanding. There will be no more war, for the divisions that separate nations will have been erased. Isaiah ends with a sigh: Couldn’t Israel, already here, manage to do this now?

The passage from Romans is not a significant section of the letter. However, it has the virtue of sounding the theme for the day. Paul works the image of night turning to day. On the one hand, he plays with the idea that nighttime is a time of revelry and excess. But now it is time to sober up. Alternatively, he also works the image of night as the time for sleeping, and dawn as the time to wake up. Dawn is arriving, and it is time to awake from sleep. Alertness is recommended.

The Gospel reading from Matthew introduces us to the new Gospel for this year. Matthew’s Gospel was not the first to be written — that honor goes to Mark — but it has enjoyed priority in church worship from the early times. Today’s passage shows Jesus developing the image of the crisis at the time of Noah. Not unlike Paul’s image of nighttime giving way to the alertness of day, the Noah parable imagines a population caught unawares. And the message is the same: Stay awake!

The passage takes up three themes in turn. First, the example of the Noah story. Then, the couples taken unaware. Two in the field, one taken, one spared. Two grinding meal, one taken, one spared. Finally, a warning to stay awake for they do not know when the Lord will be coming. Again, vigilance is the theme, and staying awake is the image.

Note: This column appears weekly in the on-line version.

Mary and Martha adjusted by the one thing

We are in a new creation

The real tragedy of sin