Elijah on the mountain

The priority of Israel 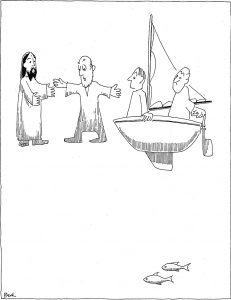 Elijah, during a major crisis in his life, at the recommendation of an angel, returns to the mountain of God (Mt. Sinai in some readings; Mt. Horeb in others). Asked by the Lord why he is here, he answers, “I have been most zealous for the Lord, the God of hosts, but the Israelites have forsaken your covenant. They have destroyed your altars and murdered your prophets by the sword. I alone remain, and they seek to take my life” (1 Kgs 19:10).

He is advised to remain alert, for “the Lord will pass by.” But it is neither in the wind or the earthquake that the Lord speaks, as with Moses, but rather in a tiny whisper. Elijah learns that God is able to employ other methods than those of power and intimidation.

This story has been chosen by the lectionary editors to pair with Matthew’s account of Jesus walking on the surface of the Sea of Galilee. What is the connection? Well, it would seem that one common feature is the theophany—the manifestation of God’s presence in phenomena of nature. In the gospel story it is a storm, though in the Elijah story, the expected storm does not arrive.

But I wonder if there isn’t another connection. If we remember that Matthew’s source for this story is the similar story in Mark’s Gospel, we find something interesting. In Mark’s version, there is a mysterious line. In Mark 6:49, after we learn that when the disciples saw him coming toward them, walking on the sea, it says, mysteriously, “He intended to pass them by.”

This always puzzles readers. However, the similar line in the Elijah story might be the clue. It signals an imminent divine encounter. In other words, along with the storm, the “passing by” is another indication of a theophany. This is an important aspect of Mark’s story, and what seems a puzzling off-hand remark turns out to be a key to the interpretation of the passage. Thanks to Elijah.

But Matthew takes it in another direction. Writing later than Mark, he shifts the emphasis from Jesus to Peter. Apparently, by the time of Matthew, the idea of Jesus walking on water was well known. Now the surprising thing is Peter’s bold effort.

There are many ways to take this story. But I would like to offer this one: in Matthew 16:17-19, we find the passage familiar to most Catholics. It is Jesus’ answer to Peter’s declaration, “You are the Messiah.” Jesus’ response names Peter as the rock upon which the church will be built, to whom the keys will be given. While Mark and Luke both have the story of Peter’s recognition of Jesus as Messiah, only Matthew adds this further notice about Peter’s role as rock and key-holder. Similarly, only Matthew tells the story of Peter walking on the water, though both Mark and Luke tell of the disciples braving the storms at sea.

Furthermore, there are links between Matthew’s two additions. Both feature Peter; both have Jesus named “Son of God” (not in the other Gospels, at least not in these stories). So we might consider them as connected stories.

With that in mind, there are some implications that present themselves. Most notably, the role of Peter specified in Matthew 16 can be read into the story of Peter walking the water. Apart from the sly hint of the Rock sinking like a stone, we can see something about the burden of authority. Anyone who has been given serious responsibilities will have experienced the doubt of being capable of per­forming adequately. Peter represents that burden, and the lesson is that he is not alone in performing the task. He has support.

For reflection: Have you ever experienced the burden of responsibilities seemingly beyond your capabilities?

Reticence and secrecy as virtue 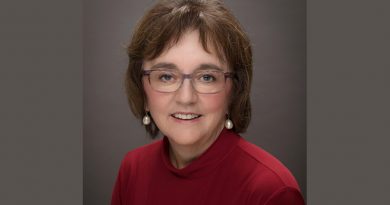