Whispering on every side

Mission of the Twelve 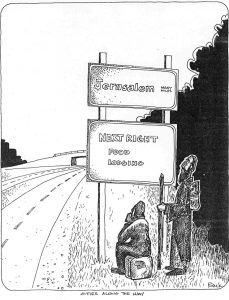 Today we return to the Ordinary Church Year in liturgical Cycle A. And along with that we also return to Matthew’s Gospel. We pick it up in Chapter 10, where Jesus is sending out the Twelve Apostles on mission. When we left this Gospel, on Feb. 26, we were hearing from the Sermon on the Mount. Now we have passed beyond the stories of healings in the villages of Galilee, of Matthew 8-9, to a second major speech.

Matthew’s account of the mission differs from that of the other Gospels in that it includes a long discourse. This is the second of the major speeches in Matthew’s work. They are found in Chapters 5-7 (Sermon on the Mount), 10 (Mission of the Twelve), 13 (Parables), 18 (Church Discourse) and 24-25 (Jesus’ Farewell).

Another thing to be noticed about Matthew’s mission discourse is that it de­scribes the mission in ways that will not apply literally until after the time of Jesus, after the Gospel narrative is concluded. In other words, it looks forward to the time of Matthew himself.

The passage emphasizes the need for bold speech. In a way, it is about transparency, as it insists that nothing is hidden that will not be revealed. As seen in the reading from Jeremiah, a prophetic dimension is attributed to the role of follow­er of Jesus. The apostles, and the church of Matthew’s time, are to be a part of this ministry of disclosure. We can expect that it applies today as well.

With the passage from Jeremiah, we return to the pattern of Ordinary Time, in which the Old Testament reading is chosen to fit with the Gospel. The Jeremiah passage is also part of a series of speeches, in its own way. This prophet did not hold back when it came to complaining about the costs of his vocation. In series of passages known today as the “confessions of Jeremiah,” he makes his case. (They have given us the English word “jeremiad,” defined as “a long, mournful complaint or lamentation; a list of woes.”

But today’s selection reaffirms Jere­miah’s confidence that despite the enemies his work has earned him, God will support him and he will prevail. By linking this prophetic passage with Matthew’s mission discourse, the liturgy suggests the apostles are to expect that same support, even though the costs of speaking out remain high.

The letter to the Romans will preoccupy us for several months — until the 24th Sunday, on Sept. 17. This is part of the classic pattern of the original one-year Scripture cycle, before the Vatican Council. The readings favored Matthew, Romans, and the prophets, usually Isaiah.

We return to the ordinary cycle to find that the lectionary has been working its way through Romans for a few weeks. The letter is now in its fifth chapter. Today’s passage enjoys some renown, as it was cited by the Council of Trent in its definition of original sin. We might be reminded of the entrenched opposition that the mission of the prophets and apostles will face—as well as our own unwillingness to embrace the costs of discipleship in times of crisis.

But in the spirit of encouragement seen in the other readings, Paul’s emphasis here is not so much on the transgressions as it is on the greater glory of the gift that overcame it.

For reflection: If bold speech is demanded of the disciple, how does that work out?

The Lord is robed in majesty

The end of the world

St. Dymphna and the church’s response to mental illness