The Procession With Palms

My God, Why have you abandoned me?

The Kenosis Hymn: He emptied himself 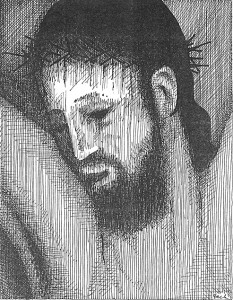 We come to Passion Sunday and Holy Week. This year we hear the Passion story according to Luke. Here are seven things (among many) to listen for in Luke’s account that do not appear in the other gospels.

For reflection: What do you think Luke’s purpose might be in any one of these instances?

Caring for and learning from our elders