Have mercy on me, O God 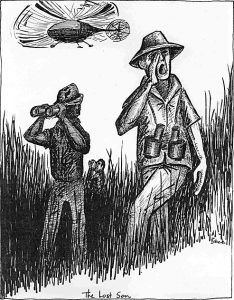 It begins with the word “lost.” A feeling of loss animates this chapter of Luke. The parables of the Lost Sheep, the Lost Coin and the Prodigal Son work when they evoke those feelings we have had about loss.

It is a feeling that, for instance, J. M. Barrie evokes in the play “Peter Pan,” when he gives us the “lost boys.” They are boys “who fall out of their prams when the nurse is looking the other way and if they are not claimed in seven days, they are sent far away to the Neverland,” where Peter Pan is their captain. The whole idea tugs on our sensibilities.

The parables of the Sheep and the Coin trigger similar emotions. Who has not lost the good part of a day desperately trying to find something that will not be found, and which seems necessary if the day is to be saved? Who has not had the feeling of the woman with the lost coin, and searched everywhere, trying to remember that last place you remember having the item? Who does not know the feeling of the shepherd, when a pet, say, cannot be located?

But the worst is the loss of a child. Most of us are extraordinarily lucky not to have experienced this. But if we haven’t, someone we know has. What desperate thoughts go through the mind of a parent in this situation? What imaginings plague the parent whose child cannot be located? And what do parents experience when their adult, or nearly adult, children start moving out on their on? Will they be safe? What will happen to them? These are the feelings that undergird the stories today. A certain desperation is at the heart of it.

But on the other side, there is also the overwhelming relief, even joy, when the lost is found, when the worst is shown not to have occurred. The exhilaration of return, of the realization that the lost is found, that the wanderer has returned, is a large part of these stories. For ultimately, the stories are about celebration. In the parable of the sheep, more verses are devoted to the celebration than are given to the accounts of the losing. More rejoicing over the one returned than the 99 who never left. We must celebrate, for the prodigal who was lost was found, who was dead has come back to life.

The parables are examples. The lesson here is that God loves us. Examples of our own unconditional love are presented as a way of convincing us of this truth. If we can love this unconditionally, certainly the God who made us can do as much, and more. Furthermore, just as a parent allows the child to become an adult and make his or her own decisions, even mistakes, so does a loving God.

This is also true of the story from Exodus, where God is seen as the Father who has lost his child, Israel, to an alien idol. In this story we have an Israelite version of the Prodigal Son. The story of the Golden Calf (or in today’s version, the “Molten Calf”) is one of a lost child. For Israel is God’s “firstborn son” (Exod 4:22).

Often in the liturgy, images carry a great deal of the message, although we who are word oriented tend not to notice them. Today we have a contrast of images concerning rejoicing—the molten calf, and the fattened calf. Here are pictured two ways of rejoicing, and for very different reasons. The first is the revelry of the departure. The second is the celebration of the return.

For reflection: Why do we who love our children find it so difficult to believe that God loves us, who are his?

The holder of the keys of the kingdom