Straining for the prize

The passage from Isaiah 43 is a good example of the value of looking at the literary features of a passage. It is in poetic language, which in biblical poetry means parallel lines. The first line is repeated by a second line that uses different words.

Other considerations would include voice and imagery. “Voice” refers to the speakers implied in the passage. These are different from the author, since the author produced the whole. But he presents his piece in the form of different voices speaking it. There are two speakers here. 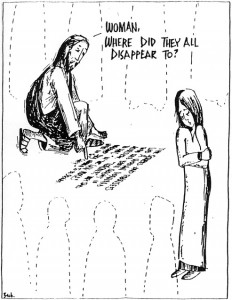 In the first part (Isa 43:16-17) we have the voice introducing the speaker. Think of a guest speaker at a large dinner. He or she is introduced by an emcee, who gives a brief review of the accomplishments of the one he is introducing. The first part of the Isaiah passage is this introduction of the main speaker. This would be the God of the Bible, who is described in terms of his past history with Israel, in particular the Exodus out of Egypt.

After this introduction, the guest speaker himself begins (43:18-21). God says, forget all that, because I am doing something new. The new thing has to do with the return from exile in Babylon. The Exodus was in the past; the return from exile, to provide a new beginning in the land, is new (for the prophet delivering the message).

Of course, today we do not tend to recognize the two speakers implied here. I am not recommending this, but it would be interesting if we used two readers in the liturgy. It would certainly sound different to the listeners.

The imagery also is interesting in its contrast between the Exodus and the return from Babylonian exile. Note that the one is described as a dry path through the sea, while the other is a well-watered path through the arid desert. These inverted images draw out the contrast.

The Gospel reading also has its discussion points. The story of Jesus and the Accused Woman is familiar. One thing it presents is the value of nonviolent conflict resolution. Jesus does not defend the woman like a superhero might, smiting the wrongdoers. Just saying that reminds us that is never Jesus’ approach. Instead, he proposes another kind of resolution entirely.

The advantages of his approach might be noted. For one, no one gets injured. For another, rigid stereotypes are avoided. He invites the accusers to reflect upon their actions. He treats them not as personified evil, but as fallible sinners, with personal histories of their own. This in turn allows the situation to be taken deeper, with lessons all around.

In a violent confrontation, the woman would be defended with bravado, and the elders would be cast as evil. The way this story plays out is that everyone is treated as good guys versus bad guys. However, it is hard to say that the community elders are entirely bad. And it is equally hard to see the woman as a virtuous maiden unjustly attacked. We like to frame it that way, but it doesn’t ring true. We are dealing with human beings with many aspects to their rich lives.

As the story plays out here, this ambiguity of good and evil in each of their lives is honored, even while they are all called to reflect on their own actions and come to some degree of improvement. The elders come to realize their own condition; the woman, whose life has been risked, is asked to sin no more. Situation resolved, with no real losers.

For reflection: Two passages have been explored in very different ways. How would you put them together for Sunday?