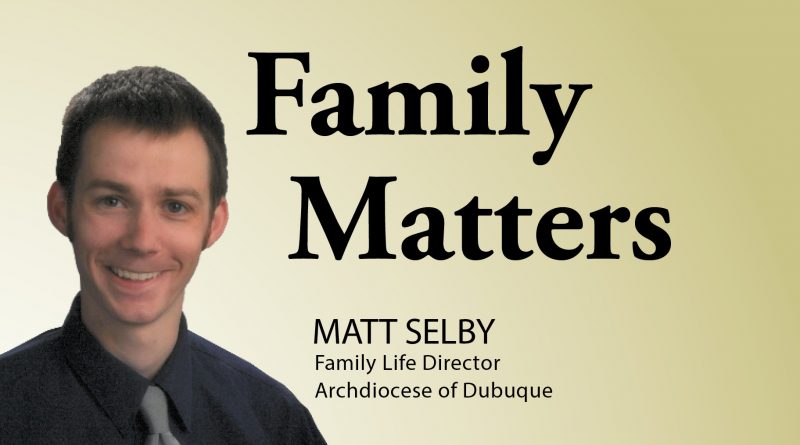 “The God who created the universe is a Bridegroom, and all of human history is a kind of divine love story,” says Brant Pitre in his book “Jesus the Bridegroom: The Greatest Love Story Ever Told (8).” Have you ever thought of the Bible as a love story? From beginning to end there is a narrative thread woven through all 73 books of Scripture describing God’s relationship with humanity in nuptial terms. In fact, the Bible is bookended with two weddings: it begins with the marriage of Adam and Eve in Genesis and ends with the Wedding Supper of the Lamb in Revelation. In between those bookends, this theme appears again and again, making marriage a key to understanding the story of the Bible. In fact, marriage is the primary analogy given for the relationship between God and humanity in the Scriptures.

Take, for example, that the development of the narrative of salvation history flows from one covenant between God and humanity to the next. In the Old Testament, God makes five covenants with key figures and those they represent: 1.) Adam and Eve; 2.) Noah and his family; 3.) Abraham and his descendants; 4.) Moses and the Israelites; and 5.) David and his kingdom. All of this culminates in the new and everlasting covenant established by Jesus Christ. Brant Pitre defines a covenant in this way: “From a biblical perspective, a ‘covenant’ was a sacred family bond between persons, establishing between them a permanent and sacred relationship” (10). This is exactly what marriage is—a sacred, permanent bond between a man and woman. Marriage is the context within which we can experience the most intimate covenant possible between two humans beings. That intimate bond represents (i.e. points to) an even more intimate covenant relationship that God invites us into with himself.

We see this imagery all throughout the Old Testament, where the relationship between God and the Israelites is described again and again in marital terminology— God is the bridegroom, and the Israelites are the bride. Thus, when the Israelites broke God’s commandments and worshipped false gods, they were not charged with merely breaking rules. Rather, they were described as adulterers and harlots. In other words, the issue was that they had been unfaithful to their marital covenant with God. As Pitre explains, “For if the God of Israel is not just a Creator, or a Lawgiver, but the Bridegroom, then sin is not just the breaking of a rule or a law, but the betrayal of a relationship” (13). The same is true in the New Testament. If we read the Gospels carefully, we can see that Jesus presents himself as the Bridegroom Messiah whom the Jews had anticipated would come to draw humanity into a new marriage covenant with the Lord. This is also evidenced in the Apostle Paul’s writings where he relates the relationship between husband and wife to that of Christ and the church (see Eph. 5:22-33), and it culminates in the book of Revelation where the final union between Christ and the church is described as a wedding feast.

As members of the church, we are part of this divine love story. Salvation history continues, and the image of marriage remains as the most profound analogy for our relationship to the Lord. This indicates that our Catholic faith cannot be summed up merely by a series of rules, regulations and moral teachings. Rather, our Catholic faith is about the best news ever: the God of the universe has chosen to enter into an intimate covenant relationship with us. He has sacrificed everything out of perfect love for his bride. And he asks us to be faithful to our sacred covenant bond with him, so we may be united with the Lord for all eternity. If we lose sight of this love story, then we’ve missed the point of our faith. And if we lose sight of God’s design for marriage, then we’ll lose the most integral and profound image expressed in our faith to illustrate the relationship we are invited into with Jesus.

Want to strengthen your marriage? You’re invited to attend “Essential Elements for a Strong Catholic Marriage,” a workshop led by Greg and Julie Alexander on Saturday, Oct. 14 in Reinbeck. Learn more at www.dbqarch.org/marriage- event.

Marriage: the key to the Bible

Focus on presence, not presents this Christmas