The promise to David

A covenant with David 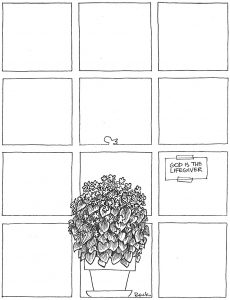 A leading theme in the Scripture passages of the Fourth Sunday of Advent is that of the David King. This is the fundamental meaning of “Messiah,” and so the theme is worth tracing. In the Gospel reading, the familiar passage about the Annunciation, it is an important aspect that is seldom given attention. Gabriel says to Mary, “the Lord God will give him the throne of David his father, and he will rule over the house of Jacob forever, and of his kingdom there will be no end.” This is a reference to the ancient promise, recorded in today’s first reading from 2 Samuel 7.

As the story tells it, David is in the midst of setting up his kingdom. He has captured the city of Jerusalem from the Jebusites who held it long into the time of the Israelite settlement (2 Sam 5:6-12). He has built a palace and has moved the Ark of the Covenant to the city as a way of forcing the various tribes to look to Jerusalem as the center of their people (2 Sam 6).

But now he has a plan to build a temple there, as a permanent home for the Ark, which is the symbol of God’s presence among them. Up to now, it has been a traveling shrine, presumably spending a month of the year in each territory of the 12 tribes. But now it is time, David believes, to end that and build God a house. And so he informs the prophet Nathan of his intention, implicitly asking permission from God. Nathan gives the go ahead.

However, that night Nathan has a dream in which God expresses his disagreement with this plan of David. The passage seems to reflect the feeling on a larger part of the population that a symbol of the free God is being thwarted and denied. In the account, God makes an impassioned objection, which convinces Nathan to tell David to drop the plans for the temple.

But in compensation, as it were, God makes a deal—the promise to David. He promises that he will favor him and his family, and a descendant of David will occupy the throne of Judah forever. Certain motifs accompany the promise: “dominion,” “forever,” the “rod” of correction, and “Son.” The royal psalms (e.g., Psalm 2, 110, etc.) will make use of these motifs in their celebration of the promise. (Also, David’s son, Solomon, will build a temple.)

But there is one psalm that calls this promise a covenant, and that is Psalm 89, chosen for today’s response. It is con-ceived along the lines of the covenant with Abraham (Gen 12, 15)—engaged with an individual rather than the people as a whole (like that of Moses) and emphasizing God’s side of the agreement. That is, seen as an unconditional covenant, for God does not promise in vain.

However, a faith crisis occurred when the kingdom of David was lost during the Babylonian invasion of 587 B.C., and -Judah was taken into captivity. Later, in 539 B.C., the conquering Persian king, Cyrus, allowed them to return and rebuild. But they were not to restore the kingdom of David. They were to remain a colony of the empire. Hence the faith crisis. But instead of thinking God failed his promise, they believed that the fulfillment was deferred. There would be a future king, the anointed one, who would restore the kingdom and keep God from failing on his word.

For reflection: What do you think of when you hear “Messiah”?

The baptism of Jesus

Gun safety laws and the church’s teaching on respecting life

Striving for heaven: benefits and responsibilities of being Catholic