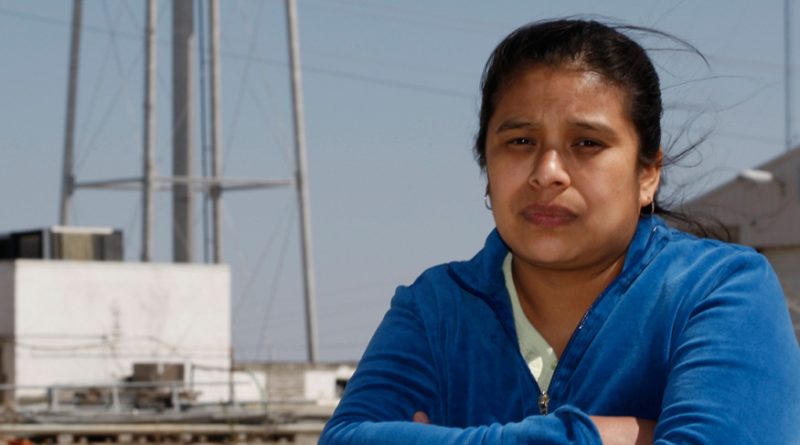 Tenth anniversary to be marked May 11 at St. Bridget Church

On May 12, 2008, the town of Postville, Iowa, received a shock. In cooperation with federal, state and county authorities, ICE agents raided Agriprocessors, a kosher meatpacking plant, and arrested 389 undocumented workers, most of whom were charged with identity theft for using stolen Social Security numbers, jailed for five months, and then deported to their countries of origin. It was the largest immigration raid in U.S. history up to that point.

Sister Mary McCauley, BVM, who leads the Dubuque-based immigrant rights organization Crossing Borders, was working as a parish administrator at St. Bridget Church in Postville at the time. As soon as she heard a rumor that a raid was about to happen, she immediately set off for the plant, only to find her worst fears were confirmed: ICE was herding handcuffed workers onto buses, and only some women – mothers of children – were being released with GPS devices attached to their ankles.

“The next days were chaos,” Sister Mary said. “So many people were searching for missing relatives; many did not want to go home for fear that ICE agents would be waiting for them there. When I opened St. Bridget’s Church as a refuge, I never could have expected what would happen next.” The church was soon filled with 400 people who ended up staying there for a week while awaiting information. “I saw St. Bridget’s as a safe haven,” Sister Mary remembered. “I was never afraid. I was acting as any pastoral administrator would.”

Eventually, Sister Mary, St. Bridget priest Father Paul Ouderkirk, and leaders of other area faith communities learned what was happening: the detainees had been taken to the National Cattle Congress in Waterloo, an exhibition ground where cattle were shown, and put through a makeshift judicial system where 10 immigrants were assigned to each defense attorney and most were encouraged to sign papers pleading guilty without knowing their rights. Many were subjected to verbal and at times physical abuse, McCauley said. Although their trial was later shown to be illegal, and while some women and children who had been subjected to violence in the plant received U Visas, the vast majority of those tried were deported.

“Many of them, who only came here to support their families, felt that they had failed; however, we are the ones who have failed, for we have such a harsh immigration system that really has not changed in 40 years,” Father Ouderkirk said.

Sister Mary recalls being asked on national television if she believed it was acceptable to break a law. “My response then, as now, was that no, in general I do not believe in breaking the law. However, I believe that laws need to be changed if they are not in accord with justice and humane values.”

On Friday, May 11, 2018, community members, activists, and faith leaders from the Jewish, Lutheran and Catholic communities will gather in Postville to commemorate the 10th anniversary of the raid. The event will begin at 10 a.m. with an interfaith prayer service at St. Bridget Church. A Spanish-language Mass will be held on Saturday, May 12 at 7 p.m. For event organizer McCauley, the main idea driving the commemoration is that of a summons.

“The idea of the summons comes from Toronto theologian Mary Jo Leddy. In her book, ‘The Other Face of God,’ she states that certain moments in our lives are extremely critical; there is no turning back from them. May 12, 2008, was such a defining moment, calling us to stand up for due process and for laws that reflect who we want to be. The summons of 2008 led to mass arrests and deportations of people whose only crime had been to come here and work. The summons of 2018 must end in a change of heart in our country and ultimately a change in our immigration laws.”

For Sister Mary McCauley, this is a pivotal moment for our country. “We need to change from anger and the concern for personal advancement to an idea of mutual love and respect. I see this change happening on a personal, one-to-one scale. Get to know someone from another culture,” McCauley said. “This is where change starts. Also, be cautious, alert and intelligent in your voting. We need legislators who respect the inherent dignity of the human being.”

“Catholic social teaching has always taught that if you are the head of a household and cannot find work to support your family, no border should stand in your way,” said Father Ouderkirk. “I can never understand why every immigrant group to the U.S. – Irish, Germans, Japanese, and today Guatemalans – have faced injustice and mistreatment. People fear change. But change is inevitable.”

For Kathy Turner, a retired high school English teacher who helped several young people after the raid and will be attending this commemoration, the summons is a necessary call for justice. “Whether you are Democrat, Republican or neither, ask yourself – what should an American do in this situation? Do we really want to send these young people back to countries that they don’t know? As Americans we live in a nation of immigrants. We need to remember our roots.”

Photo: Marta Veronica Cumez Solovi poses in late April outside the Agriprocessors plant in Postville, Iowa, where she was an employee during a federal immigration raid May 12, 2008. The U.S. bishops planned a postcard campaign in 2010 to urge Congress to make comprehensive immigration reform its next priority. (CNS photo/Bob Roller-Nov. 25, 2009) 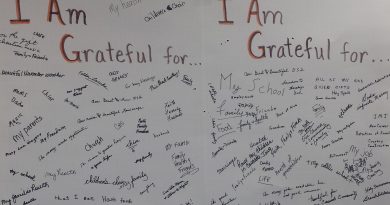 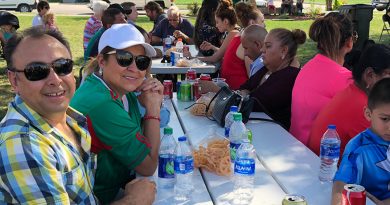