Mass and reception to be held July 28

DELHI — The journey to priesthood for Msgr. Dean Walz began in the small village of Bagley, Wisconsin, where he was born and raised, the son of Edward and Elizabeth Walz. After six years in the Bagley public school, his parents enrolled him in the nearest Catholic school at Glen Haven, where he first felt the stirring of a vocation to the priesthood. 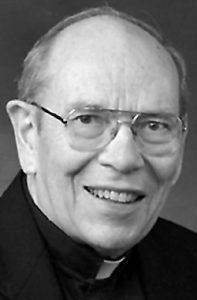 Eight years later, after completing his education at Loras College, Dubuque, he sought ordination for the Dubuque Archdiocese and was assigned for theological studies to the North American College in Rome, where he was ordained on Dec. 19, 1953.

Following ordination, he served parishes in Dubuque, Cedar Rapids, Placid, South Garryowen and Waterloo. After advanced studies in canon law, he held various positions in the administration of the archdiocese, including 10 years as episcopal vicar for the Waterloo region. While in Dubuque, he also served as chaplain to the Sisters of Charity, BVM at their motherhouse.

Moved by the prayer of Jesus “that all may be one,” he took an active role in promoting Lutheran-Catholic dialogue and was one of the founders of Dubuque Area Christians United.  When the Second Vatican Council called for an expanded role for lay people in the church’s mission, he led efforts to develop new structures and formation programs that made greater lay involvement possible.  He saw the value of emerging movements as a vital element in church renewal and served as a spiritual director for the Christian Family Movement, the Cursillo Movement and Marriage Encounter. He also served for many years as spiritual moderator for the Archdiocesan Council of Catholic Women. His ministry also included giving retreats, guiding others through spiritual direction, and serving as a judge for appeal cases in the Archdiocesan Marriage Tribunal.

When asked if he ever regretted becoming a priest, he replied, “Painful moments, yes. Regrets, no. Not for a minute. If there is a life for me that would be more satisfying or fulfilling than my life as a priest, I can’t imagine what it would be.”

Msgr. Walz lives in retirement at Lake Delhi, which he once jokingly called “Lake Wobegone” because of the 2010 flood that breached the dam and drained the lake.  In addition to helping out in neighboring parishes, he enjoys time with his neighbors, friends, family and brother priests.  One may also find him on the golf course or playing his favorite games, Scrabble and chess.

Msgr. Walz will celebrate his 65th anniversary of ordination and his 90th birthday with a Mass of thanksgiving at 2 p.m. on Sunday, July 28, at St. John Church, Delhi, with a reception following from 3-5 p.m. Everyone is invited! 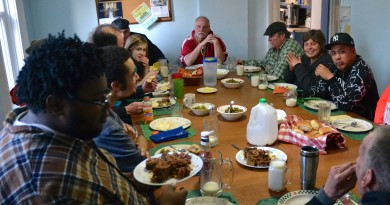 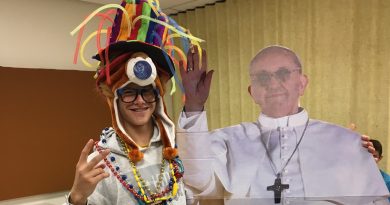