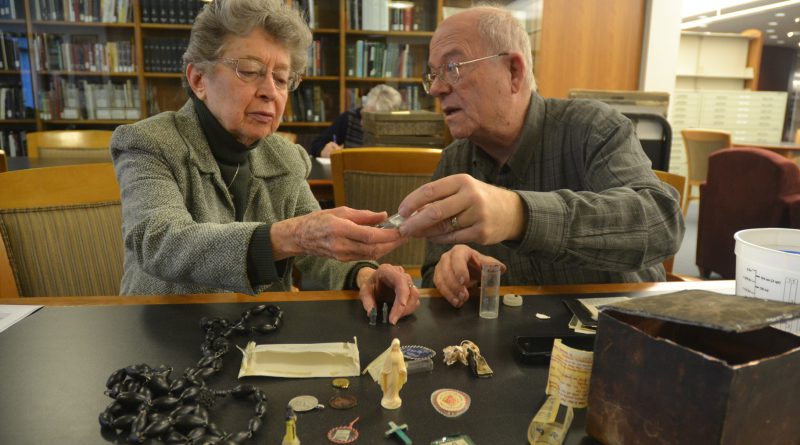 DUBUQUE — Just days after Loras College announced that it will be demolishing Visitation Hall, a dormitory that was recently devastated by a fire, staff uncovered a hidden treasure of relics and other Catholic devotional items that were concealed in the cross that marked the top of the building.

“It’s what you would maybe called a time capsule, but really it’s not,” said Michael Gibson, archivist for Loras College and the Center for Dubuque History. “I would call this a safe deposit box rather than a time capsule. That being because they just put some relics in here. It’s a memory box, but it doesn’t really document (the time). We have some things we think are relics that they just wanted to put in a safe place.”

The metal cross, which was presumably struck by the lightning that started a major blaze in March, stayed at the top of the structure for months until falling off earlier this week. After examination, staff at the college found an airtight box welded shut. After cutting it open, Gibson’s investigation revealed that the concealed items were put there on March 14, 1959. The residence hall was originally used by the Visitation Sisters for Visitation Academy, a school for girls that operated in Dubuque beginning in 1871 at several different locations in the city. At its peak, 60 sisters served the institution. In 1970, the academy closed and the college later purchased its buildings.

“In 1959, a father of a student at the academy donated a cross and they said (in documents) that in that cross, we put the old box of relics and we added some new relics and put them in a box and put them in the new cross,” said Gibson. “Each sister contributed something they felt was significant and put it in this safe deposit box.”

Inside the box was a large rosary from France that appears to be a replica of one worn by St. John Vianney. The piece is also similar to the rosaries Visitation sisters wore around their waists when in their habits and religious dresses. There were also second and third class relics, such as an item that touched what is believed to be the crib of Jesus and items that touched various saints. There are also prayer cards, medals and other precious things.

One of the first people Gibson notified of the surprising find was Sister Bernadine Curoe, SVM. Now a mental health counselor at Loras, Sister Bernadine is one of four Visitation Sisters still living in Dubuque. She resides in a convent on Kaufman Avenue.

“I boarded (at Visitation Academy) when I was in high school,” said Sister Bernadine. “I graduated in 1947.”

The sister also taught at the academy after attending Clark College (now University). Upon seeing the contents of the hidden box, Sister Bernadine was happy, especially about one find in particular. There was a small, typed note that read: “St. Agatha watch over this building and preserve it from harm, but especially from fire.”

The sisters presumably added this prayer into the box because in 1936 a fire destroyed two other buildings belonging to Visitation Academy that were built in the late 1800s. The remaining building that burned in March of this year was spared from the first fire. Even though the structure didn’t survive the latest fire, Sister Bernadine believes St. Agatha was watching over the students inside.

“It was a miracle that every student got out of that building,” she said. “I’m exceedingly grateful and thankful of that person from KDTH (radio station) that reported the fire. Thank God no one was injured.”

Earlier this week, Loras College announced it will raze the north building of its Visitation Complex. The fully restored south building remains completely operational, according to a statement from the college.

“Loras President Jim Collins and the Loras College Board of Regents have yet to determine a definitive timeline for the razing the north side of the complex located at 900 Alta Vista St. That portion of the complex sustained heavy damage, particularly the roofline, when lightning struck it at approximately 1 a.m. on March 16,” states a press release from Loras.

Since then, college officials have worked with insurance carriers to determine what funds might be available to rebuild the 126-year-old Visitation property, according to the statement.

“In the end, the money available through our policy is much less than what we believe will be the actual cost to rebuild the structure in the way it deserves,” Collins said.

In lieu of rebuilding the north building, Collins said the Board of Regents will review options to invest settlement funds into strategic priorities, which contribute to the continued overall quality experience for students, college officials said. Although Sister Bernadine and her order has many fond memories of what was once Visitation Academy, she is at peace with the college’s decision to demolish the building.

“I think buildings are replaceable and I think the college will make the most of (the site),” said Sister Bernadine. “It was a beautiful building and it was good for years and years but it’s time to let it go.”

Gibson said the college will be able to give a lasting memento to the sisters, in addition to the treasures in the box. His assistant found that the corner stone on the 1889 building (damaged by fire in March 2016) was actually taken from the original structure the Visitation Sisters used for their academy after answering the call from Dubuque’s Bishop Hennessy to establish a school in 1871. The sisters built their institution on Third Street when they first came to the city. The cornerstone of this building was later transferred to the 1889 building.

“It just goes to show you can’t believe dates on corner stones because that didn’t fit what we know,” said Gibson. He is hoping the sisters can display the stone somewhere at their convent. 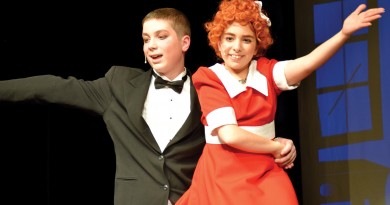 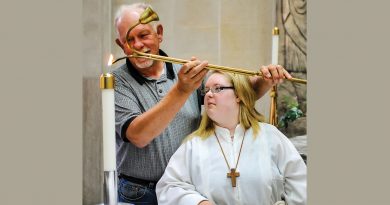